Home Education Meet The Woman Who Got Her High School Diploma at 98 Years... 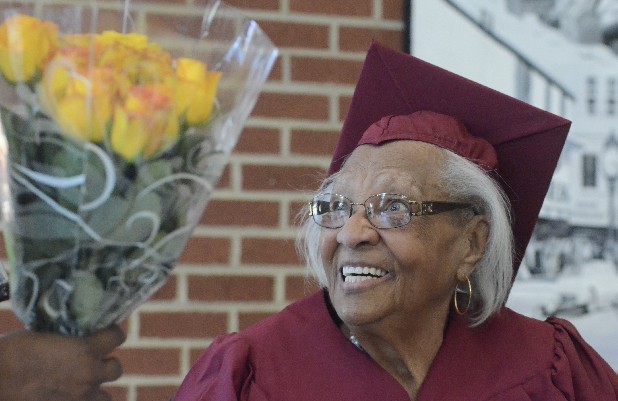 Claudia Parries showed us all on May 20th that it doesn’t matter what age you are, if you have a dream, you can do anything. The 98 year old donned a cap and gown and received a high school diploma that was 81 years in the making. She returned to the high school that she once attended and went after the diploma that she had always wanted but hadn’t been able to get previously.

Parries returned to Howard School which is located in Chattanooga, Tennessee to get her diploma. In 1933 Parries had attended the high school and was set to graduate that year. She was forced to drop out when she had to take care of her siblings after her mother passed away from an illness. She never got the chance to graduate with her class.

Once her siblings were grown and no longer needed her she got married and had a family of her own. She spent her time focusing on her eight children. She helped them to meet any goal that they wanted, especially educational goals. Her daughter stated that it was hard for her mother whenever anyone spoke about anything that had to do with education. Her mother was always thinking about the education that she never got to complete.

It was time for her children to give back to their mother and they did just that. They made a special arrangement with the high school and surprised their mother. There was an honorary diploma, a cake, a cap and gown, balloons, roses, and a Howard School t-shirt waiting. Parries had plenty of tears to go around as she shared this very special day with her children.

While Some Minority Students and Teachers Thrive in Distant Learning, Others Struggle Daily