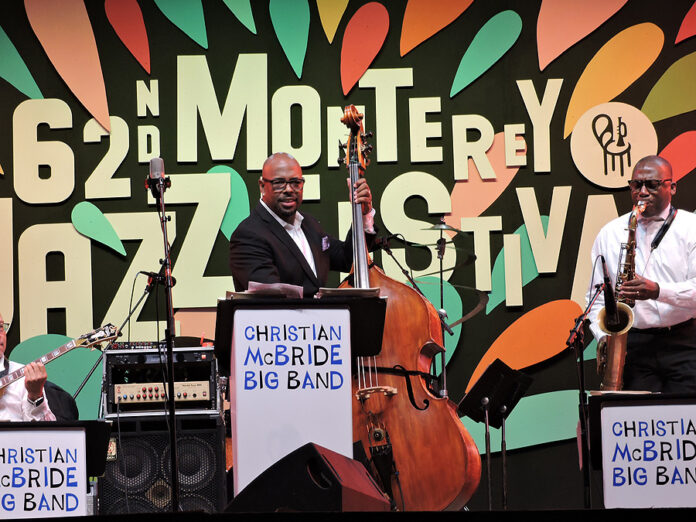 By Barbara Smith | Photos By Ese 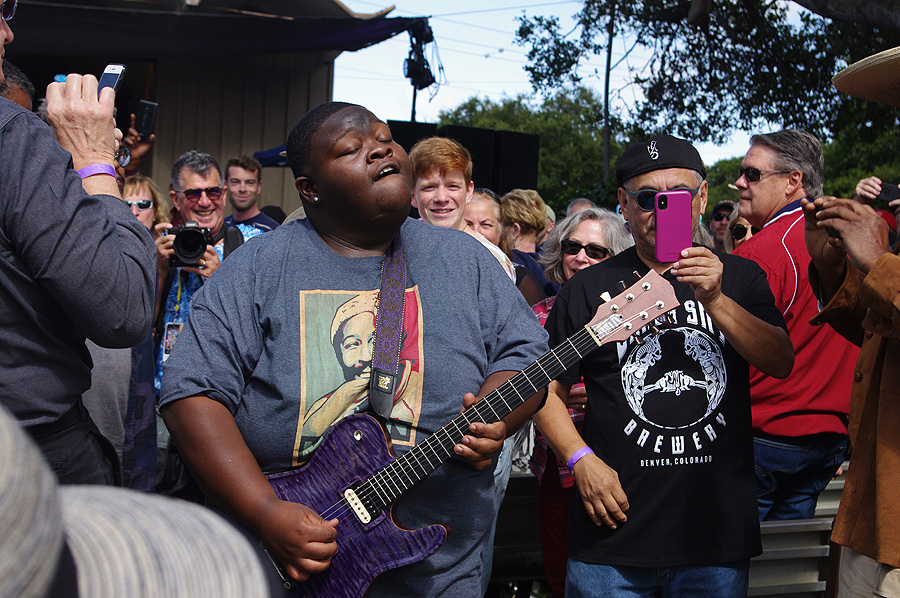 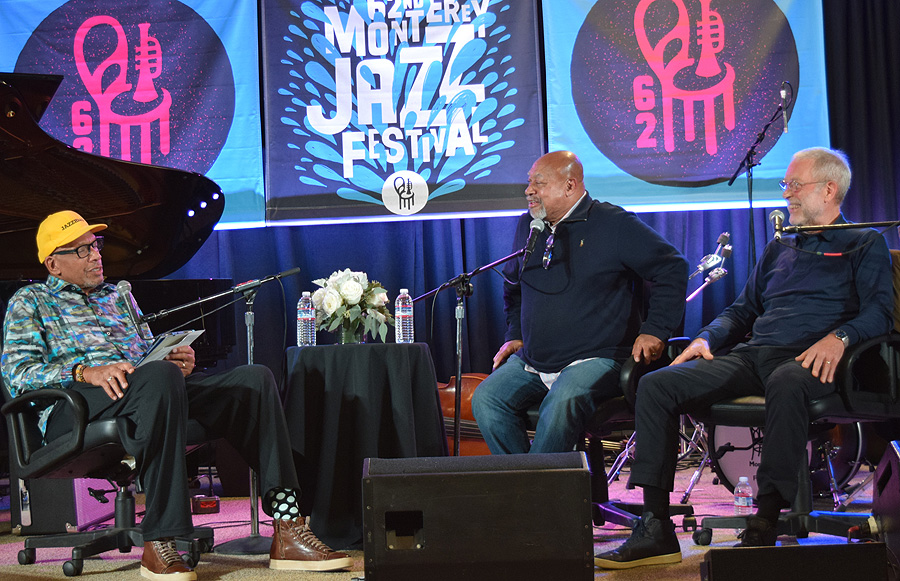 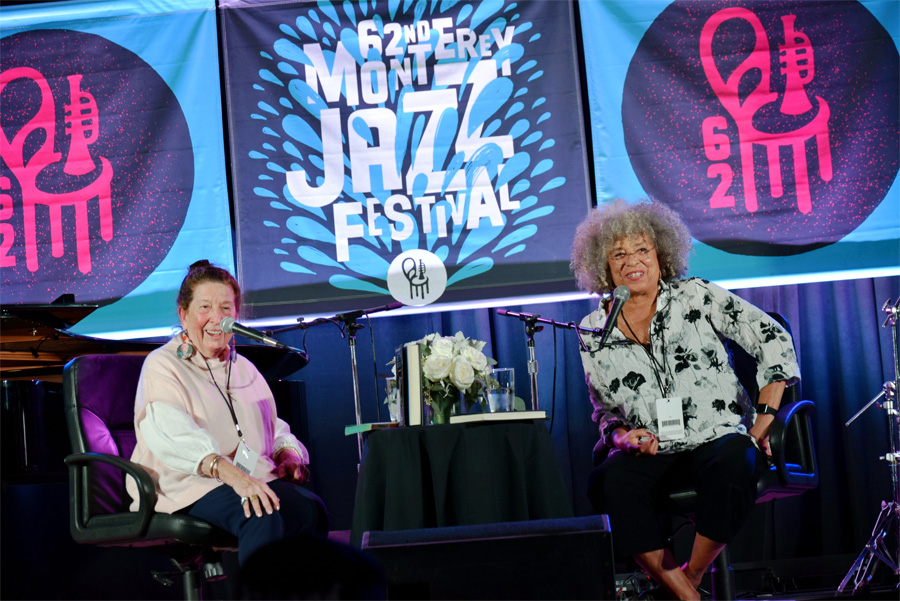 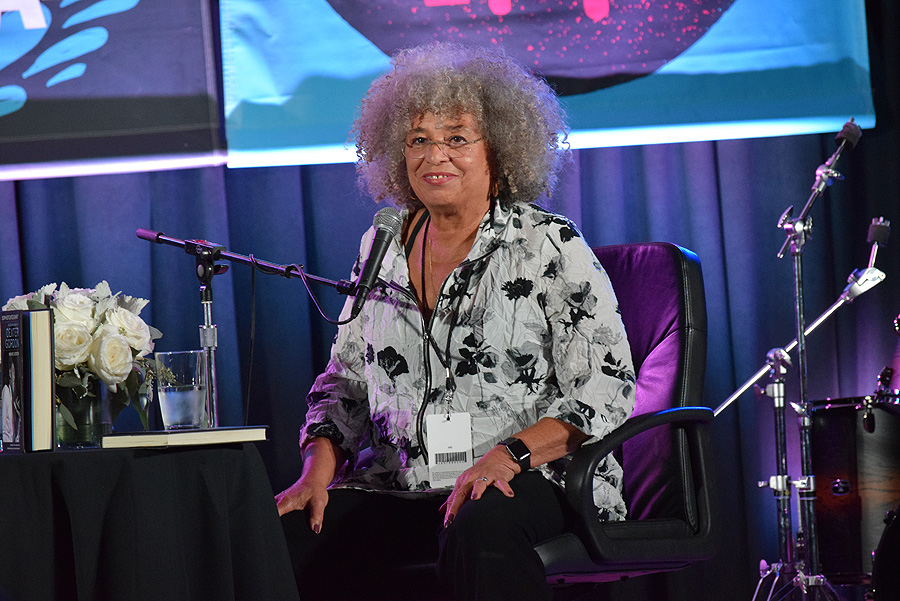 For Michael Mayo, 24-year-old vocalist extraordinaire, who performed at this year’s Monterey Jazz Festival opening night tribute to pianist/composer Mary Lou Williams, it was “a dream gig with a dream group.” For the thousands of fans who attended the 62nd MJF, it was a dream weekend.

With a new mission statement to build a new audience for jazz, the iconic Festival, held Sept. 27 – 30, extended its musical embrace, showcasing not only jazz legends like Kenny Barron, John Clayton, and Christian McBride, all of whom were featured prominently throughout the weekend, but also highlighting an eclectic mix of rising stars. Bassist Derrick Hodge and drummer Allison Miller, this year’s artists-in-residence, combined forces at Friday’s opener to create “Soul on Soul,” an uplifting homage to Williams, the pioneering African American pianist/composer/arranger who broke racial barriers during the 1940’s and 50’s.

Piano legend Kenny Barron and bass icon Dave Holland took the stage next, making musical magic, channeling Thelonious Monk on one of their most exquisite pieces. Diana Krall closed Friday night with a strikingly mellow and personal performance. Backed by 2 of the classiest of jazzmen, Joe Lovano on saxophone and John Clayton on bass, Krall’s own artistry shone with the heart-stopping Tom Waits’ tune, “I’ll Take It With Me.” Her whispery voice caressed several Nat King Cole ballads as the group’s textured tones transformed the massive Jimmy Lyons Arena into a warm and intimate space.

Some say big things come in big packages, and such was the case with Christone “Kingfish” Ingram, who lit up Saturday’s Garden Stage. An oversize dude with a delivery to match, this hard-driving blues guitar and vocal sensation came to Monterey straight outa Mississippi. True to his roots, the 20-year old Ingram played deep southern blues with extended guitar riffs. Fans crowded shoulder to shoulder filling the grounds, many shedding inhibitions, shaking booties and other body parts.  Expressing appreciation to the exuberant crowd, Kingfish offered, with an aw-shucks shrug, “This is my first time at Monterey. Thanks for making a brother feel welcome,” which was greeted with cries of “Yessuh,” Well, well, well,” and “Come on, big daddy.”

Saturday continued with a lovely afternoon oasis of jazz with vocalist Pamela Rose and guitarist Terrence Brewer in Dizzy’s Den. They are an orchestra of two, both storytellers, she a master through song and spoken word and he, a guitarist of unusual grace and versatility. “Willow Weep for Me,” lush in its arrangement, was a standout.

Dizzy’s Den is always a hotspot for eclectic talent. The Derrick Hodge band continued that legacy with a riveting demonstration of unique composition and artistic virtuosity from each of his players, in particular 19-year-old piano prodigy Jahari Stampley, who dazzled with his pristine key mastery. Their closing number, created and improvised on the spot, showcased the group’s edgy and adventurous musicianship.

Sunday’s highlight: the conversation between Dr. Angela Davis and Maxine Gordon, wife of late tenor sax giant Dexter Gordon, and author of “Sophisticated Giant,” about Gordon’s life in the jazz world. Besides his extraordinary talent as a musician, Gordon was a composer, writer and actor, winning an academy award nomination for his role in the 1986 film “‘Round Midnight.” Davis, a professor emerita at UC Santa Cruz, is also a jazz aficionado and longtime MJF attendee. In this lively interaction in the Pacific Jazz Café, Davis’ historic and artistic sensibilities along with Gordon’s storytelling facility made for a fascinating conversation about jazz, civil rights, culture, the arts, and politics. The talk was followed by a jam session with Marcus Shelby, whose Quartet threw down a selection of sax legend Gordon’s quintessential work, punctuated with Maxine Gordon’s colorful anecdotes and reminiscences.

For Downey High students, Matthew Chavez and Robert Flores, performing with their high school Jazz Band on Sunday fulfills a dream. “Getting to hear so many musicians live and then perform is an awesome opportunity,” said Chavez, who plays tenor sax. Added Flores, whose instrument is the trumpet, attending the Festival offers an appreciation beyond music.  “Even though you are expressing yourself individually through your instrument, you are part of a group. Everyone is always connected.” And so the mission and musical embrace of the MJF continues to grow.