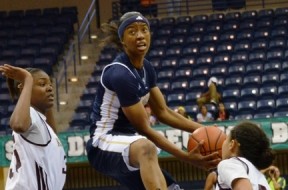 Morse’s basketball Tigers ended their 28-year championship drought with a convincing 63-57 upset victory over San Marcos in D-I. The new and improved Tigers, under the direction of head coach Bobby Sumler out rebounded, hustled and outscored their opponents on championship Friday.

San Marcos had grabbed some temporary momentum, however Morse did not panic. The Tigers kept their poise and forced San Marcos into fouling. Morse went to the free throw line and worked some Tiger magic. 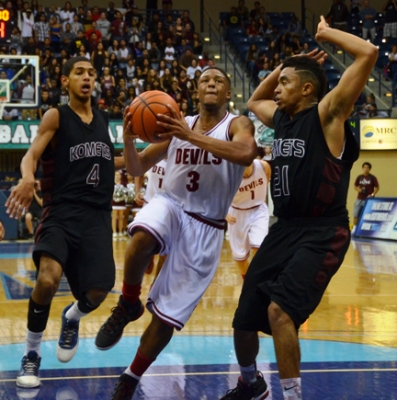 “We had lost some games earlier in the season because of poor free throw shooting, but we kept practicing on it and it paid off. We made 12 out of 13 in the 4th quarter of the Escondido playoff game – all I can say is practice and the will to win,” said Morse coach Bobby Sumler. Morse regained the lead thanks to their superior free throw conversions and the sharp shooting of Kenny McDonald.

“I told my coaches that we were not going to lose because these kids have a ‘no quit’ mentality. They have been down in the last two playoff games, but they refuse to quit. I’m really proud of my boys, tonight they showed what they were made of,” said Coach Bobby.