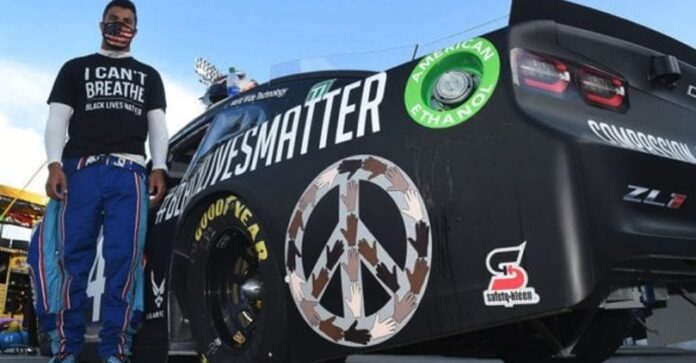 The NNPA is the global media partner for the African Renaissance and Diaspora Network (ARDN), an advocacy and marketing partner of the United Nations.

At that time, the NNPA had an opportunity to interview Chris Miles, Global Motorsport Marketing Advisor, Diversity & Inclusion Strategist for ARDN, and principal owner of Starting Grid, Inc.
Miles provided his thoughts on the diversity initiatives created by the various motorsport sanctioning bodies worldwide, hoping to welcome a new generation of fans, industry professionals, and sponsors.

One year later, we reached out to Chris to get his candid opinion on the state of motorsports worldwide and identify if there have been any changes for the better.

NNPA: Chris, thank you for joining us once more for an open conversation regarding the state of motorsports worldwide. Last year, you shared quite a few surprises, so naturally, we are very interested in speaking with you this time around. Before we jump into it, please tell us how you have been holding up during the pandemic.

Chris Miles: First off, I wish to thank NNPA and all the member publishers, as well as BlackPressUSA, for sharing my truth last year. The surprises you mentioned come from not having a global outlet like NNPA, who are willing to publish all the discriminant nonsense I, and so many others, have endured in trying to become involved in the motorsports industry, so thank you. With regards to the pandemic, it has truly been a strange time around the world. I, along with many immediate family members, have been vaccinated — so, fortunately, our activities were not hampered too badly. However, I have had several former colleagues and friends who have suffered unfortunate experiences, with dire consequences, regarding Covid, and it is sad. For whatever it is worth, and for whoever is reading this, I know it is a personal choice. Still, I would encourage you to strongly consider being vaccinated for your safety, the safety of your family, friends, and loved ones.

NNPA: Thank you for sharing that with our readers; we appreciate your encouragement to get vaccinated.
That said, there is no easy transition from those comments, so let me ask this question — last year when we interviewed you, we titled the article “Motorsports In America: Do Black Lives Matter?”. In your opinion, one year later, do blacks matter in motorsports?

Chris Miles: Now that is a great opening question, and to answer it honestly — no.

NNPA: Interesting, why is that?

Chris Miles: An “intentional” diversity and inclusion motorsport initiative, in my opinion, is a program that is grossly promoted to show something is being done to remedy a concern, which is then consumed by the masses as legitimate, but there is no sincere intent into making it a true success. Whereas an “authentic” diversity and inclusion motorsport initiative, is a program created by individuals who represent the underserved demographic, who have one purpose and goal in mind, which is to provide underrepresented groups an equal opportunity to participate within the many facets of the motorsports industry, but are consistently denied access to credible funding for sustainable success.

NNPA: What examples can you provide to authenticate your claim that blacks do not matter in motorsports?

Chris Miles: Ahh, nice play on words. I like what you did there. The first and most glaring example of an “intentional” diversity initiative is NASCAR’s “Drive For Diversity” program.
Founded in 2004 by Brian France, former CEO and Chairman of NASCAR from 2003 to 2018. Brian flexed his power and NASCAR’s brand during the height of their existence to influence sponsors to pony up annually for his pet project. D4D, as it is known, was first led by the late minority businessman Greg Calhoun before being replaced by Earvin “Magic” Johnson.
Magic’s stint with NASCAR was short-lived because of conflicting ideologies regarding diversity activations. Presently Max Siegel, the CEO of United States Track & Field and founder of Rev Racing, and his wife Jennifer, a pediatric dentist in Indiana, has been leading NASCAR’s D4D program from afar due to their day-to-day jobs. With NASCAR allowing the Siegel’s to have other full-time jobs to focus on, just showcases the D4D program as “intentional” at best. What makes this an “intentional” program, and the numbers do not lie, is the fact that since its inception in 2004, including this year, NASCAR has had 131 driver candidates participate in the D4D program. Still, Darrell Wallace, Jr., who first participated in this program in 2010, is their lone black driver to make it to NASCAR’s highest level in its 17-year history.

NNPA: So why was Darrell successful, and other black drivers were not?

Chris Miles: Great question, simple answer — money. In the early iteration of the D4D program, a driver candidate could earn up to two years within the D4D program for, quote, unquote, a “free” ride. After those two years, it was up to that driver to find their own funding to continue in the sport. This is where the “bait and switch” of this program comes into play. There has not been any direct sponsor support for these other driver candidates in their quest to move up the ranks. It wasn’t until Darrell Wallace, Sr. in 2012, a prominent white businessman, began funding Darrell Wallace, Jr’s racing career in junior racing categories, in top-notch equipment, for him to continue and succeed.

NNPA: So it boils down to money, more so than talent?

Chris Miles: Oh, for sure, money is always the differentiator. Case and point, five years before Darrell Wallace, Jr. starting as a D4D candidate, a 14-year-old black driver from Eudora, Kansas named Chase Austin signed a driver development contract with NASCAR powerhouse team owner Rick Hendrick of Hendrick Motorsports on October 6, 2004. At the time of Chase’s signing, Hendrick Motorsports was fielding cars for NASCAR champions Jeff Gordon and Terry Labonte, along with future seven-time NASCAR champion Jimmy Johnson. What made Chase’s situation different from Darrell’s is that Chase’s opportunity was earned by his previous racing exploits, not by Brian France’s diversity project. Unfortunately, three weeks after Chase’s signing, on October 24, 2004, Rick Hendrick’s son, Ricky, who was overseeing Chase’s development program, was tragically killed in a plane crash. With Chase’s career now hanging in the balance, the Austins chose not to accept NASCAR’s “Drive For Diversity” program offer because they knew even if Chase were to receive two years of support from NASCAR, there were no assurances NASCAR would continue their support. And, if NASCAR chose not to continue financially supporting Chase, any money the Austins secured independently of the D4D program to continue Chase’s career, they would be bound to state that Chase was a member of NASCAR’s D4D program.

NNPA: That does not seem like a bad situation, though?

Chris Miles: Yes, in theory. At the time the D4D program was initiated, there were so many unanswered questions about the program and all it entailed, so I understood perfectly the Austin’s reluctance to get involved with the D4D program back then because they did not want to jeopardize their integrity and credibility they had worked so hard to earn up to that point, which enable Chase to sign with Hendrick Motorsports. Being proud hard working-class people, who knew they could not afford to personally keep Chase rising up the junior category ranks, realized Chase was a talented enough race car driver to continue forging ahead on his own, without the stigma of outsiders believing Chase only made it because he was associated with NASCAR’s D4D program.

NNPA: So in 17 years, NASCAR’s “Drive For Diversity” program has only yielded one black driver?

Chris Miles: Astonishingly, you are correct. How sad is it that this program has been in existence for this long, where endemic and non-endemic sponsors have provided millions of dollars over that time span for this program to exist, and only one black has moved up to NASCAR’s Cup series. Zero black drivers compete full-time in NASCAR’s second-tier Xfinity series, and zero black drivers compete full-time in NASCAR’s third-tier Camping World truck series.