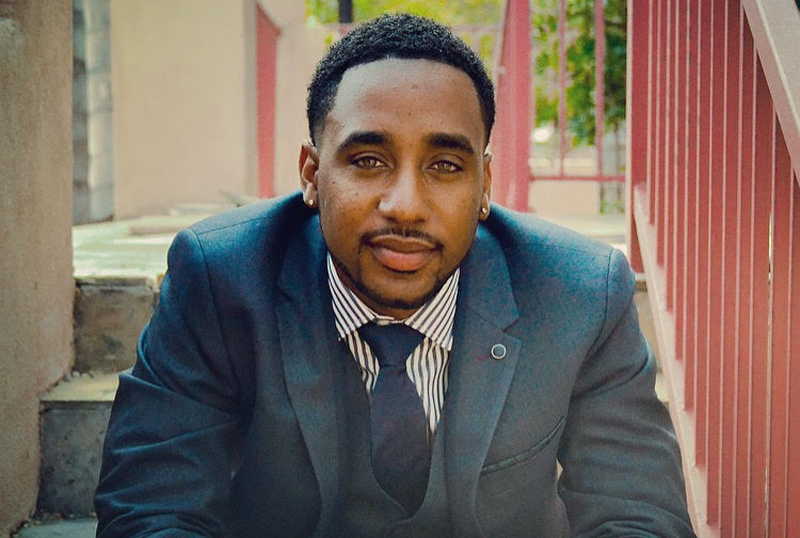 “I am brave, I am talented, I am ambitions. My purpose is to inspire a generation to tell their story before someone else does.” With a purpose like this, it’s fitting for any story about 24 year old Nate Howard to begin with words eloquently spoken from his own mouth. The poet, activist and community leader is making waves with his organization Movement BE and was recently featured as one of NBC News’ 28 Black Leaders Under 28.

Howard is a Southeast San Diego native who grew up in Skyline Hills. Much of his youth was spent excelling in athletics and trying to find an identity for himself.

“The biggest thing that anybody usually has is the pride of where they come from. I pride myself knowing I was born and raised in Southeast San Diego and representing us on a national stage one day.”

Howard’s identity began to take shape at Helix High School. There was a requirement for students to take a year of visual or performing arts in order to graduate and his mother suggested theatre. Howard was apprehensive at first because in his mind, the medium was uncharted territory for a young black student form Southeast. His decision to take the class, however, proved to be the springboard towards his greater purpose.

“Getting out of your comfort zone is so important because you don’t realize your own greatness until you decide to do something that’s uncomfortable. It challenged me to discover things and find out more about myself.”

What Howard discovered was a passion for performing and the written word. He went on to participate in speech and debate while also writing poetry. This passion continued during his tenure at the University of Southern California. Majoring in Communications, Howard built a reputation on campus for his charisma and artistic prowess. Understandably, when he threw a graduation party to celebrate his matriculation through college many people showed up to partake in the festivities. What was supposed to be a culmination hard work and relationships turned into an all too familiar scene.

79 police officers in riot gear showed up to shut down the party. Howard was arrested along with others when authorities felt they weren’t complying in a timely manner.

“When I was in handcuffs that was a real eye opening situation because you lose your rights. You don’t want that to be the end of your story.”

After the incident, Howard and friends rallied on campus in protest. The story made national headlines being featured on the front page of the Los Angeles Times and NPR News. Buzz surrounding the story eventually died down, however, and the young activist decided a sustainable alternative was necessary to get a movement started.

Howard moved back to San Diego and launched Movement BE, an organization dedicated to helping youth find self-identity and purpose through spoken word poetry. The initiative launched at Helix High, a full circle moment for the young man who once questioned his own identity while attending school there.

“Poetry is truth telling. I believe if we gather all of these stories of the voiceless and oppressed and begin to create a community to share these stories we can change and challenge the status quo.”

The Today Show recently covered Movement BE’s latest event at SpaceBar across the street from Helix.

Howard currently works with San Diego Workforce Partnership utilizing the model from Movement BE to aid individuals in constructing their stories to become job ready, owners of business and pushing them towards success.

Looking ahead, Howard plans to create an app for Movement BE in order to connect more individuals and create a space for them to share their stories of self-discovery and triumph across the world.

“There were so many moving parts to the Civil Rights Movement. When I look at today, I see Black Lives Matter then I see Movement BE being a part of this space in another way focusing on education and youth. I think all of our ways will come together and figure out how we come to answers.”

Visit movementbe.org for more information on Nate Howard and Movement BE.

Black Leaders: Spending Must Include Minorities as State Prepares for Billions in Fed Cash

Rhythm Brewing Co. Is ‘HerStory’ In The Making