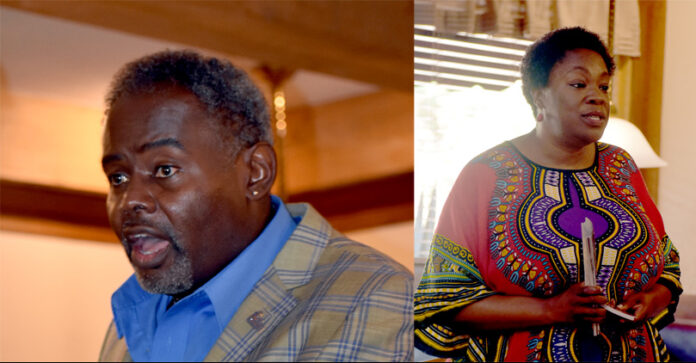 Marie Callender’s Restaurant on Alvarado Road was again the site of the Destiny Six Financial Networking For Dollars Breakfast. This month, the “Miseducation of the San Diego County School System: Especially in Underserved Communities” was the topic and Derrick Luckett, owner of Destiny Six Financial, was the moderator. About 30 people were on hand for the discussion and they came from all parts of San Diego. Mrs. Francine Maxwell, Student School Advocate, along with Phillip Liburd, Education Equity Advocate, and Mark Powell, Vice President of the San Diego County Board of Education, were all part of a very lively conversation. Many in the audience had their own ideas as to how to save San Diego Unified Schools.

There was a real concern as to what could be done for our students when so much of the budget is obligated to school expenses. There was also a discussion about the disappearance of African American males from both the classrooms and the school administrative staff in the school district.

Equally as important and as substantive, were the introductions and comments by those attending the breakfast. The conversations provided a real opportunity for networking and Mr. Luckett, as usual, did an outstanding job as both host and moderator.