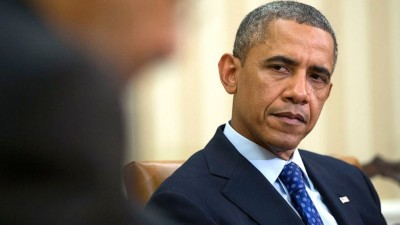 Officials with ABC, CBS and Fox confirmed to The Hill that Obama’s 8 p.m. speech from the White House will not be carried on their networks. CNN reported that NBC would not be carrying the address either.

Cable news networks are expected to carry the address, as is the Spanish-language networks Univision and Telemundo.

A source at one of the major networks told The Hill that the White House did not officially request prime-time coverage on the networks Thursday, a big night for ratings given popular shows on several networks, including ABC’s “Shondaland” schedule of shows created by producer Shonda Rhimes.

The White House also downplayed the fact that the high-profile immigration address won’t be aired live on the big broadcast networks.

“It’s not unusual for us to have off-the-record conversations with news organizations about events at the White House,” a White House official told The Hill.

The official declined to elaborate but said the White House was “confident” the primetime address would garner “ample attention” from the media.

November is a sweeps month for the broadcast networks, which might have made them less excited about handing over valuable prime-time real estate to the White House. Ratings during the month-long evaluation period are used to dictate advertising rates.