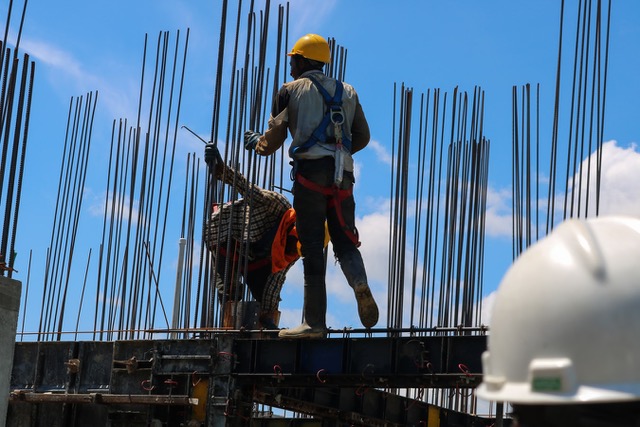 African American developers across California are worried about a rule change the state Department of Housing and Community Development (HCD) is considering.

The regulation proposes a new requirement that developers have more experience before becoming eligible for contracts awarded from a $4 billion fund set up to construct housing for the homeless. The taxpayer-funded project is called the Multifamily Housing Program (MHP).

“We urge the department to not make this change,” wrote Kevin Murray, a former California Assemblymember who represented the California’s 47th district in San Bernardino County from 1995 to 1998. From 1999 to 2006, he was a state Senator, representing the 26th district in Los Angeles.

In the letter addressed to the HCD, Murray, who is African American and a developer, did not refer to the racial implications of the rule change. Instead he pointed out five technical reasons the proposed HCD tweaks would be neither efficient nor advisable. Murray is now President and CEO of the Weingart Center, a Los Angeles-based non-profit that provides services to homeless people, including developing affordable housing.

“This change will further limit the eligible pool of housing providers that can apply for this funding source at a time when affordable housing is most direly needed,” Murray’s letter continued.

If HCD applies the rule change, developers and the organizations backing housing projects would have to have previously owned or operated apartments for the population the housing development targets, which, in this instance, are homeless individuals. The guideline changes would apply to Special Needs and Supportive Housing projects such as housing for survivors of domestic violence and people with disabilities. HCD’s current focus is housing for the chronically homeless.

Under current guidelines, an individual developer can qualify for funding to build MHP projects by employing people who have the required experience.

Murray agrees with the current rules. “An organization is only as good as its staff,” he argued in the letter that he submitted to the HCD during the public comment phase for the rule change, which closed on May 5.

Some African American developers say race and gender are factors when it comes to contracting in California, and adding more rules could turn off even experienced developers in a state where land-use restrictions are stricter than in most states. Those advocates say minorities and women are often discouraged when they try to participate in programs like MHP even if they are qualified.

“They may say [forget] this affordable housing because it is political. ‘Go do other things’,”

says Veronica Smith, founder of Smith Impact Brands, Inc, a project management and affordable housing consulting service based in Sacramento. Smith is an African American woman who has development experience.

In California, less than 1% of developers are Black, according to estimates by NewHawk, a Rialto-based consulting firm specializing in demographics and policy analysis. The California Legislative Black Caucus estimates women-owned and minority-owned businesses in the state have lost an estimated $1.1 billion each year since 1996 when the state passed Prop 209, a law outlawing consideration of race and gender in hiring, awarding state contracts, college admissions and policymaking.

Last week, Gov. Newsom announced that he slashed funding for education, public health, and other state programs in his May Revise budget plan for the 2020-21 fiscal year. At the same time, he called for “increased housing affordability and availability,” as California struggles to contain financial losses brought on by the COVID-19 pandemic.

That may explain why the MHP dodged deep cuts that trimmed other parts of the state budget, African American developers say.

Alicia Murillo, Communications Analyst at the DHCD, explained that the proposed amendments are not final.

“The guidelines are still in draft form and are evolving as we speak,” she told California Black Media.

“A decision whether to publish any or all of proposed changes will not be made until after consideration of public comments.” Murillo said, adding that the recommended updates to the regulations came from staff and stakeholder feedback as the HCD worked to process applications for the voter-approved Proposition 1 funds.

According to the CHD, more than 660 homeless Californians will be housed. Thanks to the December release of $127 million to fund 17 new MHP projects. The next round of Prop 1 funding is $262 million set to be allocated in June. Awardees will receive, on average, about $12 million per award with a maximum limit of $20 million.

Opponents of the HCD rule change say MHP loans are an incentive for developers to sign on to projects for lower-income renters.

“There is no affordable housing that gets built without these capital subsidies,” said

Riverside-based housing developer William Leach. As the founder of Kingdom Development Inc, Leach has produced about 30 affordable housing projects in the state. Leach says, as California faces a housing shortage, the HCD should not be making “administrative statements.”

In Los Angeles County, Murray’s organization, the Weingart Center is located a mile from Skid Row, a tent city where an estimated 4,757 people lived, according to pre-COVID-19 calculations. Weingart estimates it helps 40,000 people a year, including providing temporary shelter and services. The county also has the highest concentration of homeless people in the state and it is the epicenter of the states’s COVID-19 illnesses, hospitalizations, and deaths.

Smith says in communities like Los Angeles County, with large numbers of African Americans and other minorities, developers can play a critical role.

“There’s power in developers who understand issues, and understand development, and understand how to advance issues that could be getting things done had they not been excluded,” Smith points out that it is red tape — not a lack of skill keeping people sidelined. There are “millions and millions of dollars that are wasted because the right people are not at the table,” she says.

Asm. Akilah Weber’s First Bill Pushes California to Be Prepared for Next Pandemic