Home Faith New Study of MRI Brain Scans Show That There is Power in... 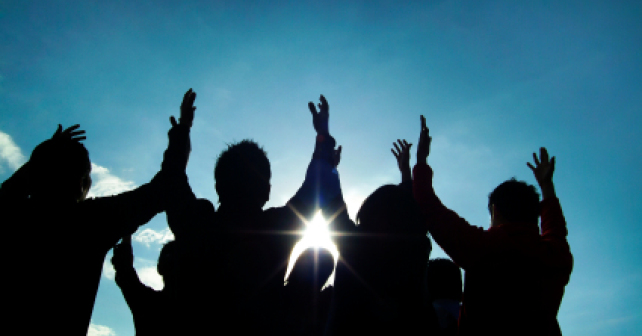 HOUSTON — For centuries, science has been trying to prove or disprove the power of prayer.

Now a new study of MRI brain scans shows that there is power in prayer, or meditation. Not just spiritual power, but actual physical healing power.

The study says prayer is essentially a workout for the brain, whether you are a believer or not.

Billy Dorsey was ready to die.“I couldn’t take it anymore and I cried out,” said Dorsey.

In 2001, he was homeless on the streets of Fifth Ward in Houston and ended up locked inside a building for over a week. He had been left behind by the drug addicted building owner who locked the burglar bars doors on the place when he took off.

“‘God? Why am I going through this?’ Those were my exact words,” Dorsey said.

He said his prayer was answered immediately by a voice. “Peaceful, gentle. Not this big booming voice. It is the kind of voice that you hear maybe with your ears, but you definitely hear it here,” Dorsey said as he pointed at his chest. “For me it was definitely a physical shift.”

There are thousands of stories and many describe that physical feeling as a cognitive shift.

“It absolutely was,” said Pastor Joel Osteen. “ It was clear. You could never talk me out of it.” Pastor Osteen hears those stories every day, in and out of church. Dr. Andrew Newberg has heard the stories, too.

He is director of research at Thomas Jefferson Hospital and Medical College and is board certified in internal and nuclear medicine.

“When we look at how the brain works,” said Dr. Newberg. “It looks like the brain is very easily able to engage in religious and spiritual practices.”

He figured inside the brain was the only place to answer the question: what happens when we pray? What his MRI studies have found is that whether it’s nuns praying, or monks meditating, the result is the same.

“That there are multiple parts of the brain that seem to get involved and it really does look like the brain is easily able to have these experiences,” said Dr. Newberg. Prayer left plenty behind for Dorsey.

“It changed me from being anxious and ready to give up — afraid,” he said.

Dorsey says he was promised success, Grammy-winning albums and the top of his field.

Pastor Osteen is now one of the world’s most recognized preachers, but a decade ago he was just his father’s son, until a prayer changed everything.

“It is hard to explain,” said Pastor Osteen. “It was something not in my head, but down here. I call it more in my heart.”

It was not a voice as much as it was a feeling pushing him to the pulpit.

“I don’t know that it is something that science is always going to pick up, but it comes from the inside,” said Pastor Osteen. “It gives you confidence. Peace. A strength inside.”

Dr. Newberg is a man of science and a man of faith and he thinks his research shows that you can have both God and science.

“It only makes sense if God is up there and we are down here that we would have a brain that is capable of communicating to God, praying to God, doing the things that God needs us to do,” said Dr. Newberg.

That science now suggests there is benefit in prayer or meditation whether it is spiritual or not. It can actually shape the brain.

In one study, Newberg taught older patients with memory problems a meditation and had them practice it for 12 minutes a day for eight weeks. When they returned to the MRI there were dramatic positive differences in their brain scans.

“It has something to do more generally with how we can improve the function of the brain that these kinds of practices can actually help with,” said Dr. Newberg.

To Dorsey these words are now literally part of him on his tattoo on his chest.

“For the race is not for the swift,” said Dorsey. “Or the battle to the strong.”

His every step is proof.

Dorsey is now massively successful having produced songs topping the charts, winning Dove awards, Stellar awards and even a Grammy.

“If I had written out a script about my life, it would not have been this,” said Dorsey. “So I know God is real and I know that prayer is real.”

With or without science, Dorsey is far from dead. In fact, he could not be more alive.