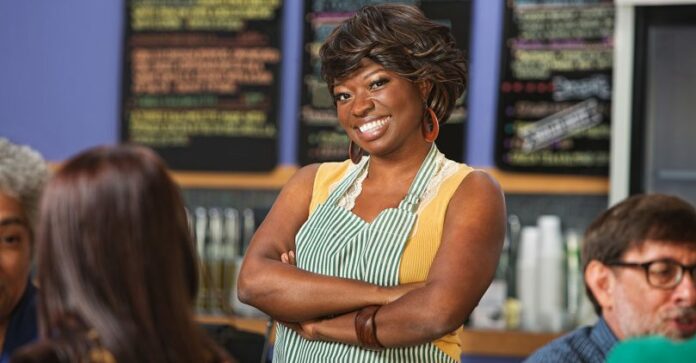 “There’s only one thing that everyone in this world has in common: we all love great tasting food,” creator Edward L. Dillard said. “We have soul food, vegan, BBQ, Caribbean, seafood and more listed on the site.”

“I believe that if people have a place where they can find all the minority-owned restaurants in this country, more of us will start to support these small businesses,” Dillard said.

“Ninety-three cents of every dollar spent by Black consumers produces no economic benefit for the Black community, as the dollar only circulates in the community for six hours,” he adds.

A professional truck driver for a company out of New Jersey, Dillard has been on the road for 15 years, and travels across the country four or five days of the week.

“I didn’t like the direction of the country,” he said in a recent phone interview. “I wanted to do more to support Black-owned businesses, but I was always gone. I don’t spend money on clothes, accessories or shoes. The majority of my money was going to food.

“I decided to spend it in different restaurants,” he added, noting that the internet was of little help. “The problem was only the major cities and only real popular restaurants would come up in my search. The really small ones wouldn’t come up.” There already are some existing websites promoting Black-owned businesses in general, but they don’t have a lot of restaurant listings.

Have a vision and go forward

“I had a vision in mind but didn’t have the experience in designing a website,” he said. “Luckily, there’s Google and You Tube. They pretty much teach you everything! I realized there was a small chance that I might be able to make this happen.”

Dillard spent nearly five months conducting research for his project, collecting the names and addresses of more than 2,000 restaurants in the U.S. Then, he completed the website design.

“It took me a long time to design a website,” Dillard said. “What surprised me is that I got the job done.”

Working as a one-man show, Dillard then collected the restaurant pictures and website links to complete the project for launch. So far, the site includes 94 restaurants in New York, but only 35 within a 25-mile radius of downtown LA.

“African-Americans make up only eight percent of restaurant owners and managers in the U.S.,” said Warren Luckett, co-founder of BRW in a recent Forbes feature. “Our mission is to provide a platform that calls for inclusion in the industry and exposes and elevates black-owned businesses.”

Visit https://labrw.com for a list of participating BRW restaurants.

With the popularity and general necessity of food, one might wonder, why there aren’t many more black-owned restaurants?

“Access to capital,” explained Veronica Hendrix, who participated in a panel discussion on food at a recent LA chapter meeting of the National Association of Black Journalists. “It takes a lot to start a restaurant, in terms of finding a location; working with the leasing company agreement; and overhead costs.”

“A lot of banks initially look at them as a risk until they’re proven,” Hendrix said.

Nearly 60 percent of restaurants fail within their first three years, according to recent studies of business start-ups. Restaurateurs have to set realistic goals; conduct market research and analysis; and have an original concept with good food.

‘“I love talking about food,” said Hendrix, who currently writes a blog called “Collard Greens and Caviar”— a take on her wide range of food tastes, from down-south soul food to European delicacies.

“Social media has been huge for me,” Hendrix said. “Through social media, I’ve created a sense of food family.”

The panel — which also included Noelle Carter, who formerly worked in the LA Times test kitchen; and Mona Holmes, writer for Eater Los Angeles — agreed that food journalists are not taken very seriously, even though food is something we deal with every day, preparing it, or eating it, or both.

“Food is very personal,” Hendrix said. “It can create a lot of memories and evoke feelings.”

The panel agreed that almost nothing beats homemade, although many restaurants seek to replicate the looks, smells and tastes of family kitchens, creating an experience that creates a regular customer.

Hendrix admitted that whenever she smells nutmeg, she thinks about her mother’s homemade teacakes.

“That smell triggers comfort, love and safety,” she said. “For us, those teacakes were everything.”

The late Leah Chase, whose restaurant, Dooky Chase, served as an important New Orleans meeting spot during the Civil Rights movement, agreed: “Food builds big bridges,” she said. “If you can eat with someone, you can learn from them and when you learn from someone, you can make big changes.”

Dooky Chase was named one of the 40 most important restaurants of the past 40 years by Food & Wine.

It takes a great deal of work to evoke such a place and create such feelings. To that end, restaurant owners work especially hard. Eatblackowned.com hopes to assist them on the advertising front.

Dillard has plans to include more Black-owned food businesses on the website. “There are Black-owned franchises,” Dillard said. “I will list them, but I’m having a hard time finding those franchises. Rapper Rick Ross owns a lot of Wingstops in Florida—we’ve added them.

“Some Black-owned franchises don’t promote that they’re Black-owned,” he added. “They ‘keep it corporate.’ We do have some franchises listed: Tiger Woods, Shaquille and Michael Jordan have a few franchises.”

African American culture has gone global with the exception of soul food. Across the United States, legendary soul food restaurants have closed. In big cities like Chicago, these once-popular restaurants are no more: Army and Louis (1945-2010), Gladys Luncheonette (1946-2001), Izola’s (1950-2011). In New York City: Copelands (1962-2007), and in Los Angeles most of the popular M&M (Mississippi Mary) restaurants (1968 through early 2000s), as well as Aunt Kizzy’s Back Porch have been shuttered.

“In regard to the economy, I made hundreds of thousands of dollars during the crack cocaine era,” Jackson said. “My diner was filled with drug kingpins, as well as the local clergy, beautiful women, as well as professional athletes. Now places like Roscoe’s Chicken and Waffles–one of the small numbers of diners — has survived and has been dependent on a small cult following. I believe gentrification will give the industry a boost, also.”

A user’s login page will also be added this fall, with customer reviews and a star system to rate each restaurant.

“Within the next two to three months, I would like to have the members section set up,” Dillard said. “There, you will be able to login with a custom user name and pass code. Members will be able to rate restaurants, leave comments and add pictures for the restaurant.

“Eventually, I will have a page for recipes,” he added. “Members will be able to post their recipes for visitors of the website to search and read.”

Businesses can post a eatblackowned.com listing by completing a form online, which asks for the name, location, contact information and other details of the establishment. Company logos and images can also be added, along with a restaurant description.

Dillard is also looking for companies to advertise on the site. “We have advertising space on the front page,” he said. “And we also have space available on our listings page.”

The full-time truck driver believes his website’s listings will help to make some difference in the nation’s Black community.

“I hope this website will get more people to support Black-owned businesses,“ Dillard said. “There’s a huge racial wealth gap in this country. We need to do everything we can to build ourselves up.

Hopefully, someone will find a new eatery they never tried and go get some great tasting food.”