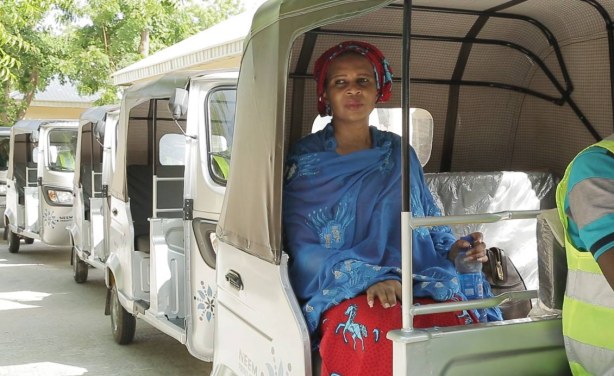 Maiduguri — Fati Ibrahim was one of scores of women gathered outside a tent in a remote community of Maiduguri, northeast Nigeria, struggling for a chance to get in and receive help.

Three years ago her husband was murdered, her first son went missing, and she was forced to flee her hometown of Gwoza in northeast Nigeria when Boko Haram Islamist militants attacked.

Struggling to cope, a friend guided her to free counselling sessions set up this year by the NEEM Foundation, a non-profit that helps people impacted by the eight-year insurgency in which Boko Haram has killed more than 20,000 people.

“She told me that they will be able to help me if I come here,” Ibrahim, 28, told the Thomson Reuters Foundation while attending a session in Dalori near Maiduguri where she lives.

For most of the 1.8 million people uprooted by Boko Haram’s bloody campaign to create an Islamic state in the northeast are children and women who, having lost their fathers and husbands, are trying to survive in crowded camps and local communities.

Food, shelter and security are seen as the main concerns for those forced to flee their homes but increasingly health experts fear that psychological wounds are being left to deepen in a region with few psychiatrists and no mental health services.

To fill this gap the NEEM Foundation set up its Counselling on Wheels programme to provide psychological and social services to people in some of the most remote parts of Maiduguri, a city at the heart of the militants’ operations.

The NEEM Foundation also runs deradicalisation programmes for both former Boko Haram militants and women and children rescued from the militants whose beliefs they often adopt while under their control.

Thousands of girls and women have been abducted by the group since it began its insurgency in 2009 – most notably the more than 200 Chibok girls snatched from their school in April 2014 – with many used as cooks, sex slaves, and even suicide bombers.
UNABLE TO WALK, TALK

NEEM Foundation Executive Director Fatima Akilu said she had seen tragic examples of the impact of the violence on children including a four-year-old girl who was unable to walk after her town was bombed and her father killed.

“Through therapy, she is now standing up and walking on her own because there is nothing neurologically or physiologically wrong with her. I think she saw they bombed her town and they killed her father,” Akilu told the Thomson Reuters Foundation.