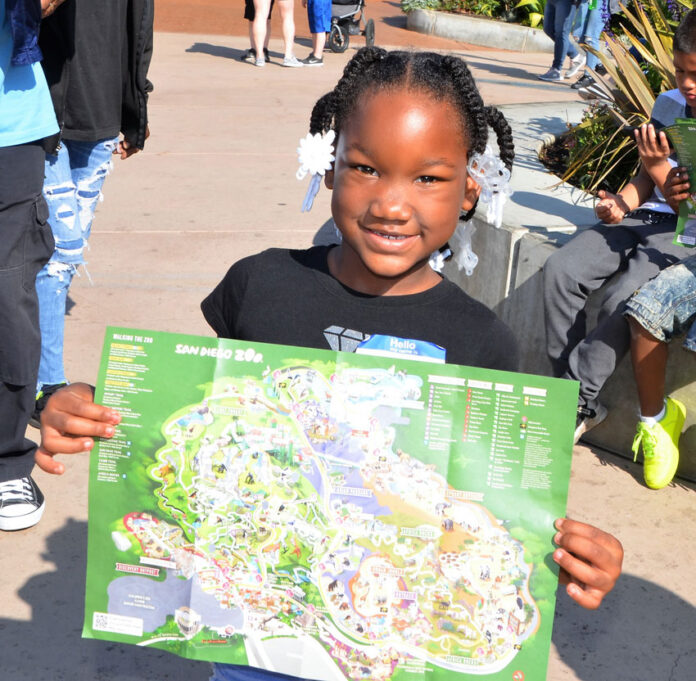 On Presidents Day a group of kids got the presidential treatment at the world famous San Diego Zoo courtesy of the Never Leave One Behind Foundation (NLOB).

Some of the youthful contingent were teammates on Balboa Raiders Youth Football, led and chaperoned by Head Coach Curtis Swafford.

“I think it was an awesome experience for the kids and the adults also, and we really appreciate Larry and NLOB for thinking about our kids and looking out for us,” shared Curtis. “Look out for our new and improved Raiders next season. We are going to be nice!” Curtis added.

The Raiders and their kinfolk were able to celebrate the holiday watching and learning about the lifestyles of lions, tigers, bears and other exotic animals. NLOB also provided sack lunches for the entire group of excitable zoo-goers. 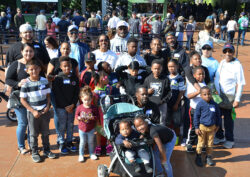 “I had fun today watching the animals, especially the polar bears and I want to come back again,” said seven year old Javion Wallace.

If one of the goals of the zoo administrators was to put lasting smiles on faces and excitable reactions from zoo patrons, it was mission accomplished.

“I would like to thank Shelise Staples of SD Zoo, Johnny “Blue” Gibson of San Francisco and Thomas Norman of the Church of Christ and my awesome staff, my wife Inez, daughter Shanna, and Ann-Rodney Carol for their much needed help and support,” said NLOB founder, Larry Price.