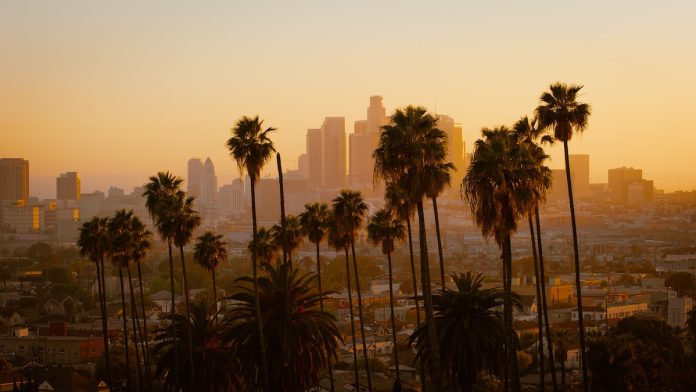 Last week’s leaked audio of three Latino City Council members in Los Angeles is continuing to make waves in the city and across the country. Earlier this week, now former-Council President Nury Martinez, who is heard on the audio making racist remarks about Blacks, Indigenous Oaxacans and Jews, stepped down from her post as president and later resigned from the council. There are now calls for investigations into the city’s redistricting process as a result of the audio. But for author and essayist Richard Rodriguez, the political scandal obscures a deeper question about how a city where more than 200 languages are spoken in private homes imagines itself now and going forward.

What was your initial reaction when you heard the remarks from the four council members?

What happened is they were secretly recorded, and they told certain family secrets that Los Angeles prefers not to expose to the public. And in their words, I think the great experiment of Los Angeles, which had morphed into this vast, Mexican city, was exposed as another American failure, a city that still sees itself tribalized and balkanized.

You call Los Angeles a Mexican city. Why?

My ambition — or my optimism — about Mexico was that out of the tragedy of global civilizations colliding in the 16th Century, by the 18th Century Mexico was already in its majority population mixed race, mestizo. That is something the United States is still dealing with, trying to get beyond White and Black.

And now there are these new populations… The New York Times reported there is an excess of 200 language groups spoken in private homes in Los Angeles. How do you imagine a city with that kind of diversity? Well, one of the ways is you elect politicians who see themselves as connected through that multiplicity of voices. What I heard in those City Council people and their laughter was tribalism, a movement away from that global or citywide sense of Los Angeles. And a failure of the Mexican city to unify.

What we also heard in the audio was a deeply rooted antipathy toward Indigenous Mexicans, something you’ve written about in the past.

In its dream life Mexico still has this colonial sense that the European is more glamorous. If you watch Mexican TV, you will see these telenovelas which are largely white fantasies. The slur against the Oaxacan Mexicans by this council woman is of that tradition. It was making fun of them because they are short and brown, as I am. This is an old colonial humor that Mexico still has, this preoccupation with whiteness, a humor that pits me, in the Mexican soap opera, as the clown, as the cleaning man, because I am short, because I am dark, because my nose is long. I am the comic in the Mexican story. You could hear it in their laughter. And here it was again in Los Angeles, a city I thought was going to remake the notion of the great Mexican city. It turned out to be Alabama.

That’s a sharp contrast you’re drawing, from the hopes of an idealized Mexican unity to the entrenched racism associated with a state like Alabama.

The recording reminds me of a kind of Alabama chat among Republicans who are gerrymandering their state to prevent Blacks from taking more power from them. This was a deliberate attempt to chop up Los Angeles and to extend these council members own power by minimizing these other populations. And everyone from Blacks to Southeast Asians to Oaxacan Indians to White Liberals on the West Side, they all came under a kind of comic appraisal by this group of City Council members.

How do you see the city moving forward from this?

I wrote a piece for the Los Angeles Times after the 1992 LA Riots in which I argued that Los Angeles was a city being born in fear and in panic. In a city that had compartmentalized itself over hundreds of miles, for the first time there was the sense that other parts of the city were moving toward one another, and that led to fear. But out of that experience of fear there was realization of proximity, which was something that Los Angeles had not experienced before. So fear, for me, was not the negative everyone was describing. It was a birth experience.

Is this latest flare up over race another one of these moments when the city sees itself anew?

Los Angeles has a difficult problem as a modern city that was constructed by the automobile. How do you imagine it? How do you imagine it whole? I’m not proposing any happy conclusions to any of these questions. What interests me is the white councilman with the Black child, Mike Bonin, because he is creating a new city. His son, who was dismissed as a “monkey” by the councilwoman, is the beginning of LA, from my point of view. And the councilwoman could only see him as a joke. That’s pretty serious.

What do you mean when you say this young child is the beginning of LA?

Below LA’s Civic Center, there is an area where Chinatown, Korea Town and Mexican LA mix. You go to clubs, Korean and Mexican clubs, that are this reformulation of ethnicity. That’s what I want from Los Angeles. And in various places one finds that. I am not talking about political coalitions. I am talking about a cultural melding and a reinvention.

But there are real challenges in LA. I watched the Super Bowl last January. The half time show was an extravaganza. It was all Black, and while it took place in Ingleside, in many ways the whole exhibit was pointed towards Compton. It was a reminder to the world that LA is still Black, and that Blacks will not simply be replaced by the large number of Hispanics now moving into Compton. Compton was reclaiming its place within the landscape of LA’s imagination.

In your book Hunger of Memory, you describe the Indian behind the bushes watching as the African and European encounter each other in the New World. Were you that Indian?

No, but I imagined mythically the creation of the New World within the Indian eye at that moment. That the European and the African meet for the first time in the New World within the Indian eye. And it’s a historic meeting. It’s a tragic meeting because it becomes clear to the Indian that the African is enslaved. But from that meeting is this triad of the Indian, the African and the European. This is not a happy time… this is the realization that we live in the same world. And the Indian sees this new configuration of civilizations. That is a breathtaking realization.

What do you suspect the Indigenous Oaxacan in today’s Los Angeles sees?

I don’t think Oaxacans today in LA are preoccupied by what the city councilwoman said about them. Or if they are, they’ve heard it before. But nonetheless, they are watching her too. She, this white Latina… and her two compatriots, who are all chuckling over the same ethnic humor, they are also now within the iris of the Oaxacan Indian. Everyone is joined in this moment of their laughter, laughter at him, but he is watching them. That is how civilization begins. It is not a tragedy. It is the realization of tragedy… elevating it to a new possibility, which is that these peoples are meeting. And that is the beginning of civilization. Of city.