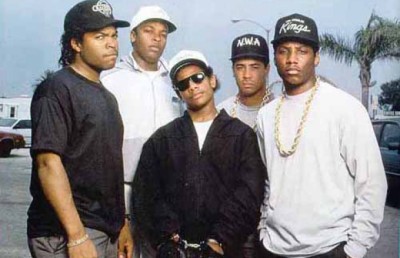 Colorism and racism has occurred in the entertainment industry for a very long time, but it is seldom as blatant as it is in a recent NWA casting notice.

The movie detailing the trials and success of Compton rap group NWA already has its main characters, but now directors are in the process of casting for minor roles.  But a casting call for the film has outlined that they are specifically looking for women with light skin to fulfill the roles as the “fine girls.”

The casting call was posted via Gawker:

A GIRLS: These are the hottest of the hottest. Models. MUST have real hair – no extensions, very classy looking, great bodies. You can be black, white, asian, hispanic, mid eastern, or mixed race too. Age 18-30.

B GIRLS: These are fine girls, long natural hair, really nice bodies. Small waists, nice hips. You should be light-skinned. Beyonce is a prototype here. Age 18-30.

C GIRLS: These are African American girls, medium to light skinned with a weave. Age 18-30.

A lot of the outrage surrounding the casting call has been due to the request that the lower-level girls— ‘D Girls’— be darker-skinned African Americans.  Some see the qualifications and grading system as discriminatory.

TMZ reported spoke to a representative of the NWA film’s casting company, Sande Alessi Casting.  The rep said that the request on the ad was just an “innocent mistake.”  She also mentioned that the film is actually looking for a variation of skin tones for the film’s ‘poor’ girls.  The rep claimed that the A-D grades are always used when the company is doing casting, and that it was not meant to offend anyone.

The film, which has involvement from Ice Cube and Dr. Dre, is scheduled to be released next year.

Are you surprised by the casting call’s requests?