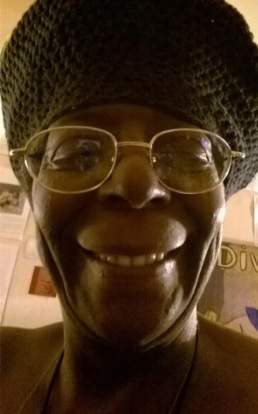 NEW YORK (AP) — The mayor on Wednesday castigated a police sergeant for killing a mentally ill, 66-year-old woman in her home, saying her death was “tragic” and “unacceptable” and her shooting violated department policy.

“Deborah Danner should be alive right now, period,” Mayor Bill de Blasio said at a news conference. “If the protocols had been followed, she would be alive. It’s as simple as that.”

Officers were responding to a 911 call about an emotionally disturbed person at about 6:15 p.m. Tuesday when they encountered Danner in her seventh-floor apartment in the Bronx, police said.

Police had been called to Danner’s home several times before to take her to the hospital during psychiatric episodes, the mayor said. Each of those times, she was taken away safely.

This time, something went wrong, the mayor said.

Sgt. Hugh Barry, an eight-year veteran of the force, persuaded Danner to drop a pair of scissors she had been holding, but when she picked up a baseball bat and tried to strike him, he fired two shots that hit her torso.

Danner is black. Barry is white.

“That’s not how it’s supposed to go,” O’Neill said. “It’s not how we train; our first obligation is to preserve life, not to take a life when it can be avoided.”

The head of the police union representing sergeants, Ed Mullins, said the sergeant was justifiably defending himself.

“We could be sitting here talking about how a 66-year-old … fractured his skull,” Mullins said.

The state attorney general’s office said it’s determining whether the shooting falls under its jurisdiction.

Assistant Chief Larry Nikunen said the sergeant was equipped with a stun gun. Police are investigating why he chose not to use it.

Tuesday’s killing evoked memories of the 1984 police killing of another 66-year-old Bronx woman.

Eleanor Bumpurs died from two shotgun blasts as she waved a knife at officers evicting her from her public housing apartment after falling behind in her rent. Bumpurs was black, and community activists decried the shooting as racist.

New York City police respond to 128,000 calls about emotionally disturbed people each year. Officers and commanders receive training on how to deal with mentally ill people. Part of that training involves instruction in techniques to “de-escalate” a situation, rather than resort to force.

Barry had received that training, the mayor said.

“We need to know why this officer did not follow his training,” de Blasio said.

“This elderly woman was known to the police department, yet the officer involved in this shooting failed to use discretion to either talk her down from her episode or, barring that, to use his stun gun,” Diaz said.