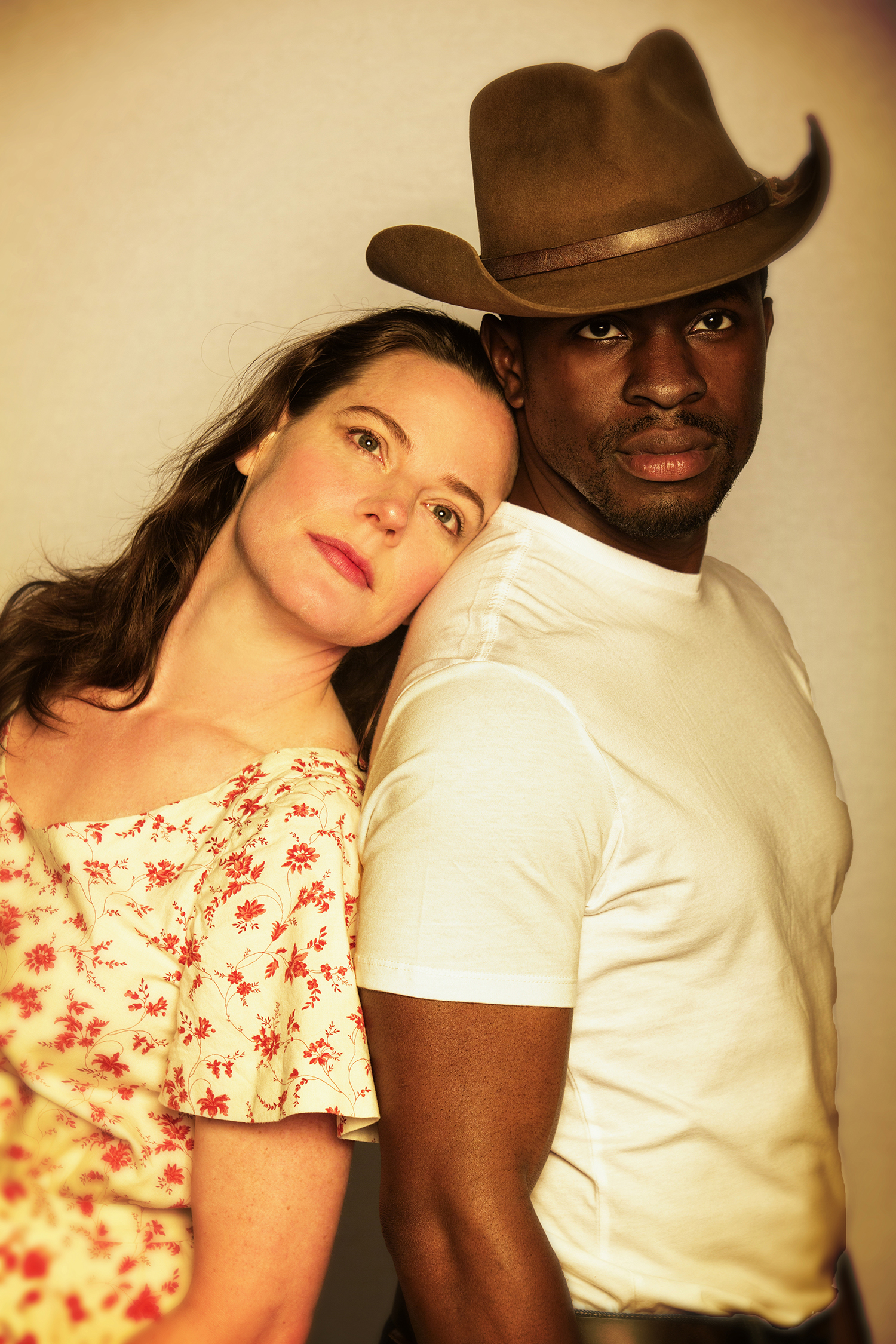 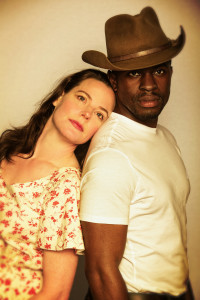 The Old Globe’s production of the classic American play “The Rainmaker,” which opened on the Shiley Stage July 16, puts a contemporary face on a timeless classic in American theatre. The play, written by N. Richard Nash in the 1950’s, and which has been translated into over 40 languages, is a wonderful mix of faith, humor, romance, and magic. Lizzie is a plain-Jane on the verge of spinsterhood who longs to escape from her Midwestern drought-ridden farm of the 1930’s. Starbuck is the charismatic conman, who promises to fulfill Lizzie’s deepest yearnings and at the same time end the drought with his magical rain-making powers.

The captivating romantic comedy has enjoyed countless revivals and led to a popular 1956 film starring Katharine Hepburn and Burt Lancaster.  So how does one polish an already sparkling gem and add new glow? In the Old Globe’s current incarnation, director Maria Mileaf has pushed the envelope by casting, among a host of accomplished actors, Gbenga Akinnagbe, as the charismatic Starbuck. The choice for her was more organic than deliberate. Mileaf and Akinnagbe took time from a busy rehearsal schedule last week to talk about their love for this simple yet beautifully rendered tale.  The dynamics of the relationships among each of the characters, particularly the love triangle that unfolds, is central to the story, the New York-based director says, so that each of the relationships seems honest and authentic. “I didn’t go into casting and say Starbuck has to be black.   I was working with a casting director (David Caparelliotis) that I really like and trust. I said to him, ‘I really want Starbuck to be edgy and sexy. He’s the god, the drifter who comes into town and distracts the women.’ I was looking for an actor who had that kind of edge and then a magic with the language. He’s a dream seller or he’s a con man, depending on what your point of view is.  I wasn’t looking for the stereotype of the cowboy that rides away into the sunset with the girl.  I wanted something edgier, the person you’re not supposed to sneak off and make out with because your brothers would be angry.” Actors of many sizes, shapes and colors auditioned, Mileaf reflects. With Akinnagbe, she found the winning combination of dimension, charisma and authenticity. 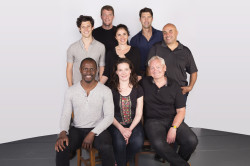 Breaking stereotypes underlies much of the work of this cutting-edge director, who earned her MFA from UCSD some 20 years ago.  “I’ve always been interested in making choices for casting that might not be what the author intended or what the audience expectation is,  but that work to tell a narrative story in a dynamic way. That’s what I think I’m doing here.  It’s non-traditional because everybody is expecting Burt Lancaster.  But it totally opens the play in a way that people might not be thinking about. Other cast members include Herbert Siguenza, a founding member of iconoclastic performance group Culture Clash, Tug Coker, Peter Douglas, Kyle Harris, and John Judd and Danielle Skraastad.

For Akinnagbe, the role of the trickster/dreamer is –well, a dream role. With an impressive 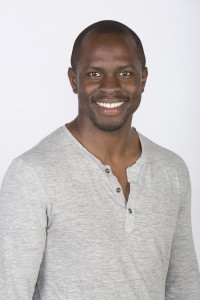 portfolio of film and television roles, perhaps most memorably as Chris Partlow in TV’s “The Wire,” the Brooklyn-based actor welcomes the challenge of live theatre. “It pushes me as an artist. It makes me feel raw again and I feel fortunate working with this veteran cast.” He has high marks for director Mileaf as well. “She pushes and doesn’t let us settle. You could easily let these fine actors do what they do, make some notes here and there and eventually find a rhythm to the play. But Maria stretches us to go beyond that.” Even for great writers, it’s hard to write something timeless.  And “The Rainmaker,” he adds, fulfills that goal. “It speaks to our yearning, our unfulfilled desires, who we are in the world and who we are told we are.”

The magical use of language is especially exhilarating, says Akinnagbe.  “Starbuck is like a politician. He uses the truth to lie. And he’s got to keep all the balls in the air to make sure that everyone gets what they need in order for him to get what he wants.”

Akinnagbe chuckles when asked how he prepared for his audition, referencing the Burt Lancaster precedent.  “I really didn’t think they were going to cast me because that would be a brave choice. I know that the industry doesn’t necessarily always make the bravest choices; they usually make the surest choices.” The actor stayed up all night preparing, working to attack the role unfettered by past renderings of Starbuck, and took to the material very quickly. He credits Mileaf’s unwavering vision of a truly contemporary production and the Old Globe’s standing true to a bold mission. “I had fun creating this world. Starbuck is the epitome of what it is to be a dreamer, someone who believes you can create your reality using your imagination. But he doesn’t have the follow through, and so at that level, you are basically a con man.” Allowing the character to arc in his relationships with Lizzie and the community of other characters, to walk that fine line between dreamer and doer, was exciting for Akinnagbe, as is the vibrant interaction with the play’s other actors.  Mileaf’s vision to tell the story without making race the central issue of the production makes for a fascinating subtext. “This is definitely not the affirmative action ‘Rainmaker,’” he says, “and hopefully the best person got the job. I know a lot of the audiences will be coming to see “The Rainmaker” that they are familiar with.  I hope they open up to the human story. I think they will.”

“The Rainmaker” plays through August 11. For ticket information, visit www.theoldglobe.org