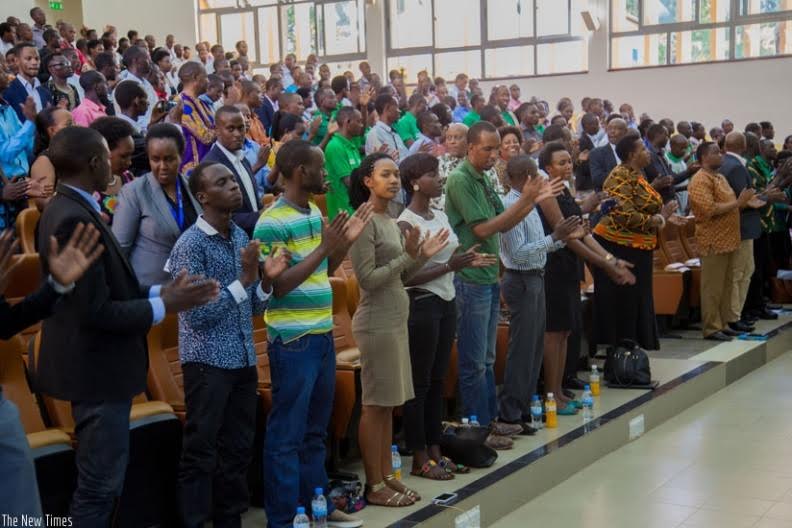 Nov. 14, 2016 (GIN) – Media practitioners from around the continent met this month in Kigali, Rwanda, to celebrate African Information Day.

Among the activities was the National Media Dialogue, the launch of the Media Barometer, a tool to self-assess the respect for freedom of expression and information and the state of the media in a specific country, the Development Journalism Awards and the presentation of work contracts, known as Imihigo, setting out the role for media practitioners in the development of the country.

Several speakers stressed the need for African media practitioners to own the Africa story, often at variance from the coverage by global media outlets, mainly those of western countries.

“This has disempowered local practitioners,” Rwandese reporter Jean d’Amour Mbonyinshuti wrote in the local New Times newspaper. “It leaves the continent at the mercy of the Western media which has ended up distorting the African story.”

Africa has also been misrepresented by omission, he said, whereby the western media, due to lack of contextual orientation, end up getting the story wrong, often with serious consequences.

New Times columnist Gitura Mwaura pointed to a recent study by the Washington, DC-based Brookings Institute which includes a search for the top 50 keywords in the headlines of Africa-related articles in 20 major Western and African media sources for the period January-November 2015.

“Western outlets [focused] more on the negative, with ‘death,’ ‘crisis,’ ‘refugees,’ and ‘attack,’ much more common,” the Brookings researchers found.

“Western media has been under scrutiny for its coverage of the African subcontinent, as often it seems to cover mostly negative trends or times of crisis,” Mwaura observed. “This tendency is unfortunate: A strong media that accurately covers events in a timely fashion can reduce information asymmetries; biased or partial coverage can, however, distort perception.”

“Insofar as media reports influence behavior, it has the potential to affect economic development.”

African Information Day will observe the theme, “The Africa Media we want,” according to a statement from Rwanda Governance Board. w/pix of Rwanda conference