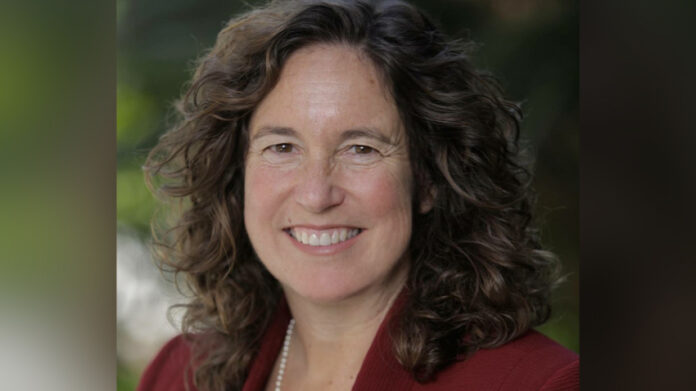 Cindy Marten is the superintendent of San Diego Unified School District and has been nominated by President Joe Biden to be Deputy Secretary, the number two position in the Department of Education. In her current role as the leader of the second largest school district in California she is responsible for educating about 100,000 K-12 students, including 7 % that are African American.

Marten will serve under Dr. Miguel Cardona, Biden’s choice for Secretary of Education. In choosing Cardona who is Connecticut’s Commissioner of Education, Biden is keeping his campaign promise to appoint a public school educator to this Cabinet position. Only seven years ago both nominees were elementary school principals and if they are approved by the U.S. Senate, they will become the country’s top education officials.

In Biden’s press release announcing Marten’s nomination, she was credited with San Diego Unified achieving the highest graduation rate among big-city districts in California and the fastest reading growth of large urban districts nationwide in 2019. It pointed out that in her 32-year career as an educator she had been a superintendent, principal, vice principal and literary specialist.

Biden’s choice of Cardona to lead the Education Department has been greeted positively across a spectrum of groups with different ideological perspectives about education. Conversely, Marten’s nomination has also garnered severe criticism.

Secretary of State Shirley Weber tweeted upon learning of Marten’s nomination, “Cindy Marten will be a great voice for our students and educators.”

State Superintendent of Public Instruction Tony Thurmond said, “A great day for California and our nation, and I am proud to call you [Marten] a colleague and friend.”

Others praising the nomination were Dr. Linda Darling Hammond, president of the State Board of Education and head of Biden’s education transition team, the San Diego teachers union, and Derrick Johnson, national President and CEO of the NAACP.

Johnson tweeted, “Cindy is a great pick by @POTUS. The @NAACP is looking forward to working with her on the behalf of all students ….”

While support for Marten has been enthusiastic among fellow educators and politicians, the concerns raised by her critics who have been affected by her actions cannot be overlooked or discounted as her nomination is being considered by the Senate.

There are members of the San Diego Unified community that have long had complaints about Marten’s inattention to racial equity issues confronting Black students and parents.

In a statement issued shortly after Marten’s nomination was announced, Katrina Hasan Hamilton, Education Chair of the NAACP San Diego branch said, “President-Elect Biden, with all of the qualified educators we have in our nation, this is not a good choice for healing Black students, families and educators, nor is it a step in the right direction for repairing harm in our schools.”

Under Marten, the district suspends and expels Black students at a disproportionately high rate according to a report titled “When They Teach Us: The Education of Black Children in San Diego” issued by researchers at San Diego State University (SDSU) Black Minds Project. Mohamed Abdi, a report co-author said, “Black males in kindergarten through third grade (K-3) are suspended at a rate that is 280% higher than that of their peers and Black males are 3.1 times more likely to receive an out-of-school suspension and 2.8 times more likely to receive an in-school suspension.”

According to Abdi, these numbers are historic and Marten has done little to improve them. When he and his colleagues made an offer to her to provide free on-going district-wide training on implicit bias, she did not respond.

While standardized test scores register gains under Marten, the achievement gap between Black and White students has not appreciably narrowed. About 62 % of

Although Marten, outside of San Diego, has been viewed as an effective superintendent, the San Diego NAACP characterizing her as an “ineffective leader when it comes to academic advancement of African American children in San Diego public school” has credence when test data is closely examined.

In 2019, when the school board amended and extended her contract through 2023, Marten’s failure to resolve persistent academic problems at a predominately Black and Hispanic high school, left the only African American board member, Sharon Whitehurst-Payne, no option but to vote no on the contract.

Another complaint that the Black community has lodged against Marten has been a failure to assure a safe school environment for Black kids. In 2019, the San Diego NAACP filed a complaint against an elementary school in the district, asking administrators to improve its safety and special education department.

Local journalists have been frustrated by Marten’s stonewalling their efforts to shed light on alleged civil rights violations, alleged harassment and assault incidents, and alleged graduation rate manipulation. As a result of San Diego Unified not valuing “openness and transparency” the local chapter of the Society of Professional Journalist gave it its “Wall Award.”

Charter school advocates are concerned that Marten has adopted the California Teachers Association (CTA) hard line against charter school growth. She testified before the Legislature for Assembly Bill 1505 which was reportedly co-authored by CTA to give local school districts more control over charter schools operating within their boundaries.

Margaret Fortune, who is President and CEO of a network of charter schools serving predominantly Black students and who was a member of Gov. Newsom’s charter school task force with Marten, observed the nominee for Deputy Secretary of Education taking the side of the teachers union in their war against charter schools. She advocated for a temporary freeze of charter school expansions and limits on charter school operators’ ability to appeal charter denials by local school districts.

proven to be a viable choice for higher academic achievement and greater chances of high school graduation for Black students.

Given her poor track record supporting Black parents and students, Marten’s nomination to be Deputy Secretary of Education needs more evaluation by Biden’s team before her Senate hearing.

As noted by the NAACP San Diego branch, her recent effort to introduce anti-racist training to the district is “commendable”, however it is not enough of an achievement for her to be able to seriously contribute to Biden’s commitment to addressing the inequity that has long plagued our education system.

Joe W. Bowers Jr. is an advocate for education opportunities for all and the education writer for CBM. He is a former corporate engineer and business executive and is a graduate of Stanford University.