Home State and Local ‘Passing the Torch’ Event with Dr. Clarence B. Jones Inspires Activism and... 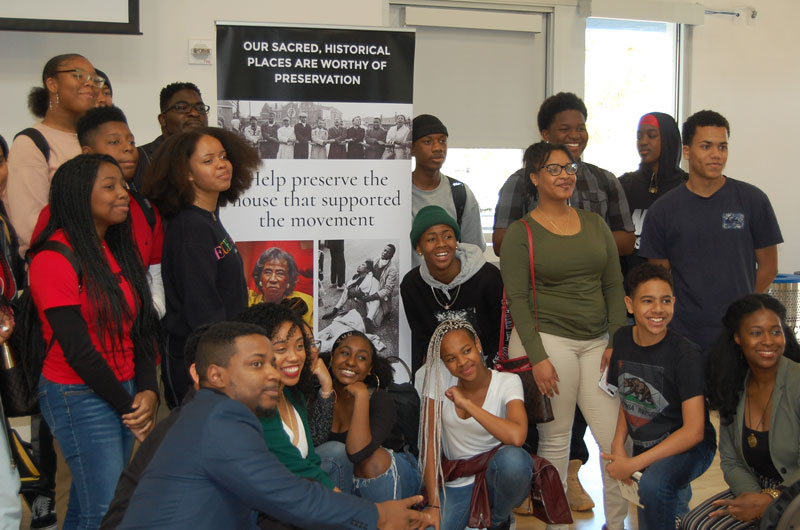 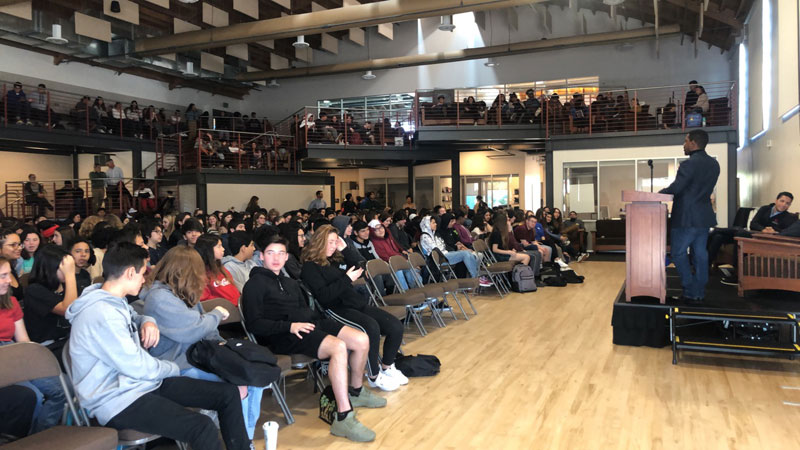 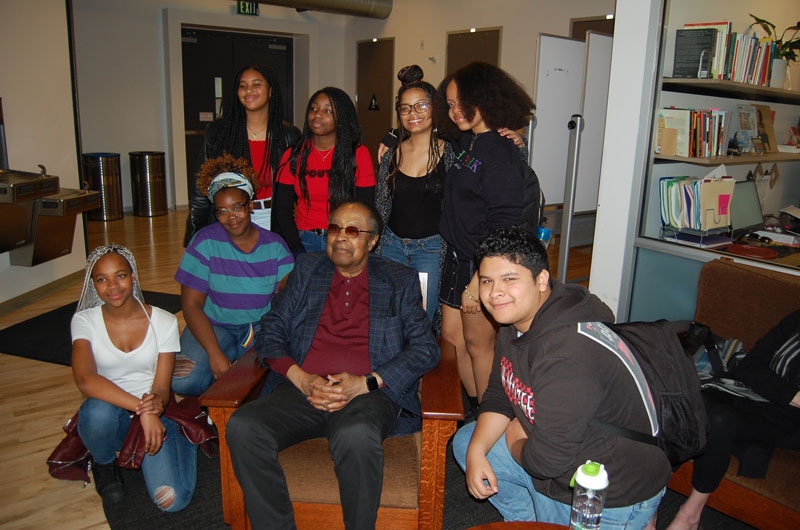 The High Tech High Graduate School of Education and Gateway Educational Foundation hosted “Passing The Torch: From Selma to Today” on Thursday February 27, 2019. The two-part event featured a morning program for over 300 San Diego county high-school students, and an evening presentation open to the public at High Tech High – The Forum. Both events featured a preview from the film “Passing the Torch”, a powerful spoken word performance by the artist Rain Wilson, live musical performance by percussionist Yiriba Thomas, and a Live Q&A with Dr. Jones.

Dr. Clarence B. Jones, a personal attorney, and adviser to Dr. Martin Luther King Jr., engaged in a open conversation centered around his past to present activism and social justice work. Dr. Jones who notably helped smuggle out the “Letter from Birmingham Jail” shared his personal narrative as a torchbearer, at the height of the civil rights movement, to his present-day leadership in public policy reform.

Passing The Torch was emceed by Channelle McNutt, a Principal Consultant for Jones & Associates Consulting, and a San Diego Business Journal “40 Under 40” Honoree. Other notable were Matthew Gordon, former adviser for Council President Myrtle Cole and current Membership Development Chair of the National Urban League Young Professionals, as well as Andres Chavez, activist and grandson of Cesar Chavez.

In the community, he served as Vice President of the Young Progressive Coalition of Central California, where he was influential in hosting a Rock the Vote-style concert and opening a community garden in an underserved neighborhood.

Jones, named Fortune Magazine’s “Man of the Month” twice, has received numerous awards for his service and appeared on CNN, the O’Reilly Factor, NPR, and other media outlets. He was named a Scholar in Residence at Stanford University’s Martin Luther King, Jr. Research and Education Institute, during which time he wrote and published two books about his experiences with Dr. Martin Luther King, Jr. Passing the Torch includes a book signing of his latest publication, “Behind the Dream”.

High Tech High Graduate School of Education, supports teachers, educational leaders and school founders in reimagining schools with a focus on equity, deeper learning and shared leadership. The GSE is embedded within the 13 High Tech High K-12 schools, providing a rich context for personalized, hands-on learning and the integration of theory and practice

Gateway Educational Foundation/Institute is focused on educating today’s youth and young adults to the rich Civil Rights/ Voting Rights History of Selma, Alabama… And to honor the role its courageous men, women and children played in shaping this great Nation through their personal sacrifices. Passing the Torch of non-violent civic engagement to today’s youth…Giving Black, Latino and low-income students, “a sense of belonging,” in any college environment.