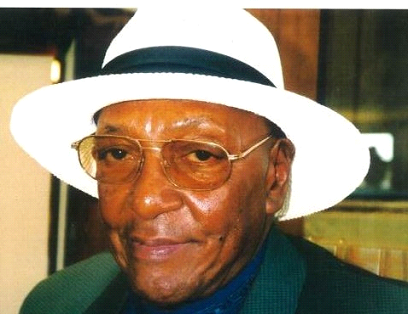 Mr. Percy Daniel was the son of the late Edward Daniel and Edna B. Daniel. Percy was born on May 14,1935, in New Orleans, Louisiana, the second child of five children. In 1943 during WWII, the family relocated to San Diego, CA.

Percy attended Point Loma High School and graduated in 1954. After high school Percy was hired by the County of San Diego, CA where he worked until he retired. For a short stint of time, he served in the United States Army in 1958.

Percy, an avid sports fan, watched everything from Football, Basketball and Baseball to Tennis, Boxing etc. He also loved board games. He was an extremely competitive player of Checkers, Bid Whist, Spades, Gin Rummy and Monopoly; however, a master at Chess and Scrabble. He was very conscious of his physical health, which led him to spend much of his time in the gym during his younger and into his senior years.

Percy was raised in a Christian home. He was a member of Jackson Memorial Church of God in Christ under the leadership of the late Bishop J. A. Blake Sr., until he was an adult. In the 1990s Percy found a church home that suited his spiritual needs and recommitted his life to Jesus Christ. He remained a committed member of Saint Phillips Church of San Diego until his health began to fail. On October 9, 2021, 7:20pm Percy Daniel was called home and transitioned from this life to his heavenly home.