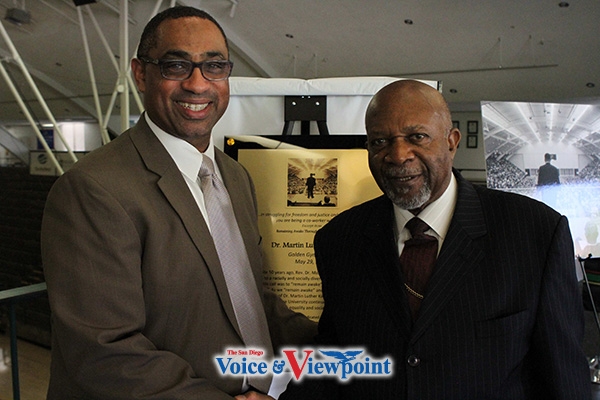 “Fifty years ago, the United States was surging with social and political unrest,” said Dr. Dwayne Little, retired professor at Point Loma Nazarene University. By the 1960s, the American Civil Rights Movement was in full swing. There were sit-ins and protests. Prominent leaders within the movement were being gunned down regularly. And Dr. Martin Luther King Jr. traveled the country relentlessly in pursuit of equality among the races and classes. 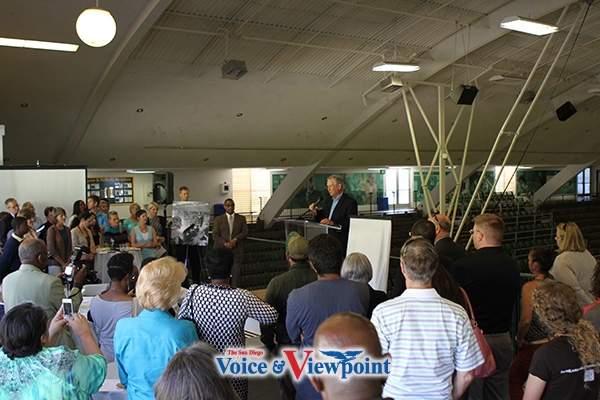 On May 30, 1964, Dr. King came to San Diego in conjunction with his tour to educate the masses on the Civil Rights Bill of 1964 and to urge citizens to vote against the restrictive Proposition 14, a proposed constitutional amendment that sought to overturn the 1963 Fair Housing Act. On that evening, he made a historic appearance and speech in the Golden Gym of Point Loma Nazarene University. To commemorate this day, PLNU held a special celebration on the very site of Dr. King’s speech on Thursday, May 29, 2014. The afternoon ceremony welcomed over 50 students, faculty and community members, clergy, special guests and community leaders – some of which were in attendance for Dr. King’s speech 50 years ago.

“We are so blessed today because we not only can recognize and salute history, but we can experience the history today,” said Dr. Jeffrey Carr, Chief Diversity Officer at PLNU. Bishop George D. McKinney offered a spirit-filled invocation, followed by remarks from pillars from San Diego’s African American community who were in attendance for Dr. King’s speech. 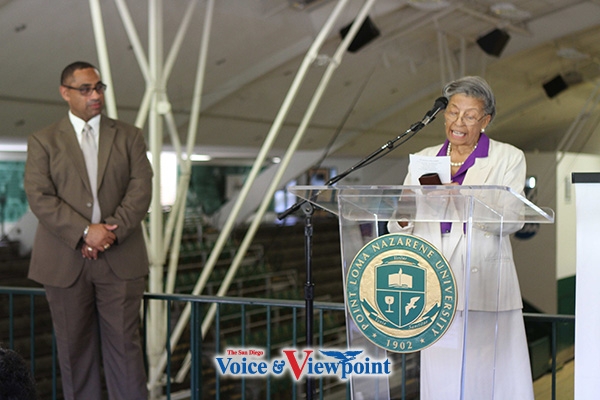 Mrs. Bennye Seraile shared a passage from one of Dr. King’s sermons. This particular sermon focused on what Dr. King wished his legacy to be. The very thing he laid down his life for – nonviolence and the redemptive power of love. Mrs. Seraile read Dr. King’s words, “If I can do my duty as a Christian, then my living will not be in vain.”

“I’m very fortunate because I was able to meet Dr. King when I was 12 years old,” said Mr. Willie Horton, who was also in attendance 50 years ago. A member of Bethel Baptist Church during that time, Mr. Horton recounted his mother’s urging of him to see and hear Dr. King. “Dr. King’s speeches gave us hope that we should overcome, and that’s what made me continue to keep going and having faith.”

During Dr. King’s visit to San Diego 50 years ago, he gave several speeches and made several stops, including at a local African American church, San Diego State University and Point Loma Nazarene. The local chapter of the NAACP played a major role in Dr. King’s visit with Mr. Hartwell Ragsdale Sr., who at that time was president of the NAACP San Diego branch, escorting him from the airport to each location and back throughout the day. During his visit to the Golden Gym, Dr. King addressed about 5000 people of all nationalities and races with his speech, Remaining Awake Through a Great Revolution. 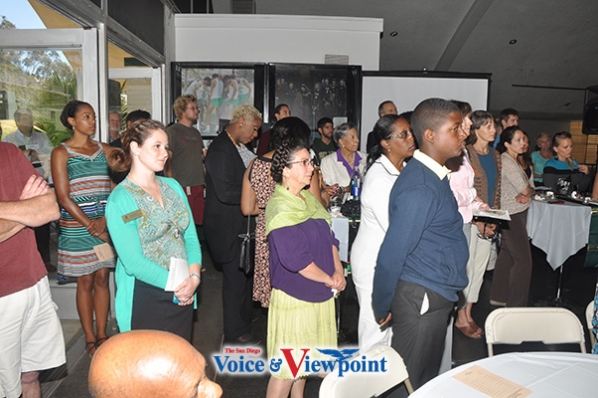 “What I learned the most was that even though they had killed the dreamer they never did kill the dream,” said current NAACP San Diego branch president Lei-Chala Wilson. “In our history, one of the things Mr. Ragsdale said was that was one of the most important days of his life.” After his long day, Dr. King took the time to stop by the NAACP branch, which at the time was located at 2601 Imperial Avenue to meet with members and staff.