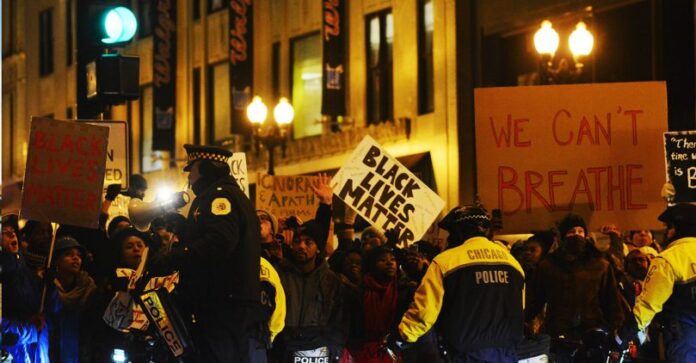 Voters in Minneapolis narrowly defeated a ballot measure to replace their police department. If passed, the measure would have reformed how policing is done in the city where George Floyd was murdered in 2020. Needing 51 percent of the vote, Question 2 – as it was known – failed by a 57 percent to 44 percent vote. An affirmative vote would have created a Department of Public Safety with violence interrupters, social service workers, and mental health professionals accompanying law enforcement on certain calls. The mayor and the 13-person city council would have oversight of the department.

“I think the vote had more to do with city council than it did police reform,” said Michelle Gross, the president of Citizens United Against Police Brutality. “Several city council members were voted out [Tuesday], and there wasn’t much clarity on what this would actually mean,” Gross stated.

Al McFarlane, publisher of Insight News, said voters turned out in record numbers.
“This is still a response to the murder of George Floyd,” McFarlane stated.

The most prominent supporter of the measure were groups like Yes 4 Minneapolis, a coalition of more than 100 organizations and businesses including the ACLU of Minnesota, Take Action MN, Showing Up For Racial Justice, and Reclaim The Block. Organizers for Yes 4 Minneapolis have said the overall goal is to reduce police officers’ role in calls involving homeless individuals, mental health issues, and substance abuse.

“This amendment would create a Department of Public Safety combining public safety functions through a comprehensive public health approach to be determined by the Mayor and Council,” JaNaé Bates, a spokeswoman for Yes 4 Minneapolis, wrote in a statement.

“The department would be led by a commissioner nominated by the mayor and appointed by the Council. The Police Department, and its chief, would be removed from the City Charter. The Public Safety Department could include police officers, but the minimum funding requirement would be eliminated.”

“Do you want to let go of what you know is not great, but you know it? Or reach for something that’s uncertain because it’s in the future, and we haven’t done it yet? I’m saying: Let’s have some hope that we can figure this out together as a community. Let’s try something different,” Ellison stated.

The Attorney General pointed to police departments like Newark and Camden, New Jersey, which achieved similar changes to great success. In his commentary, Ellison noted how the police department in Camden, where more than 90 percent of residents are Black or Hispanic, was disbanded in 2013 and rebuilt despite opposition from police unions and some residents.

“Those communities have said, ‘You know what, let’s reform,’” Ellison told the network. “But the thing about Newark is, Newark did its changes under a federal consent decree. So, I’m saying to the people of Minneapolis, let’s not have the federal government make us reform. Let’s just choose it.”

The goal centered on making long-term policies to reflect “our values of safety, humanity, and dignity, not individual personalities or people,” Yes 4 Minneapolis officials wrote in a fact sheet.

“By voting Yes, you are voting for a funded, accountable, and expanded Department of Public Safety. This means police are working with qualified professionals, like mental health responders and social workers, to make all our communities safer.”

Minneapolis wasn’t the only city with police reform on the ballot. Voters in Austin, Texas rejected Proposition A, a measure to establish minimum police staffing and increased the number of police officers on duty. The measure required the city to employ two officers per 1,000 residents.

In Cleveland, Ohio, 94 percent of voters cast their ballot to implement an amendment that will create a civilian-led board and Community Police Commission. The commission will have the final say on police policies and discipline and require some of the members of the board to be lawyers who have had experience representing victims of police brutality. In Albany, New York, residents approved a measure to increase the authority of a civilian-led committee to provide oversight of police investigations and complaints.

–
Plan to Replace Minneapolis PD Worries Many Black Residents
On the Ballot in Minneapolis is a Measure that Totally Changes Policing. Attorney General Keith Ellison is All for It