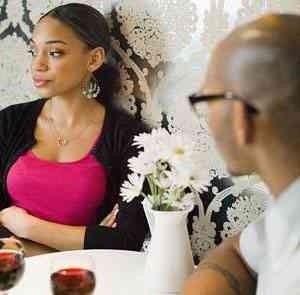 Remember the song “Don’t Worry Be Happy”? It appears as if the pursuit of happiness is leaving a lot of African-Americans unhappy, according to a recently released poll by New York-based Harris Interactive, an international market research firm and polling agency.

The agency polled more than 2,300 Americans in April using an online survey and reported that only about one-third of those polled claimed to be “very happy” with their lives, but that African-Americans are “less happy” now than they were two years ago.

“Our happiness index offers insight into what’s on the minds of Americans and is a reflection of the state of affairs in our country,” said Regina Corso, senior vice president of Harris Poll. “For certain groups, such as minorities, recent college grads and the disabled, [overall] happiness has trended downward in the past couple of years.”

The poll revealed that politics, the economy and international tensions all tend to impact Americans’ emotional well-being. Additionally, daily stressors such as family disputes and job pressures affect how well or poorly a person interacts. Among African-Americans, about 36 percent said they were “very happy,” a drop from 44 percent in 2011. Hispanic Americans appear to be the most unhappy, with fewer than three in 10 reporting as being “very happy.”

While not scientific, the Harris Happiness Index does give a brief view into how Americans are fairing day to day, month to month and year to year. Respondents were asked to agree or disagree with several statements, including, “My relationships with my family and friends bring me happiness,” “I rarely worry about my health,” “I frequently worry about my finances” and “I rarely engage in hobbies or pastimes I enjoy.”

Said Corso, “While the attitudes on the economy may be improving, this is not translating into an improvement of overall happiness.”
To view the complete Harris Happiness Index, visit www.harrisinteractive.com.