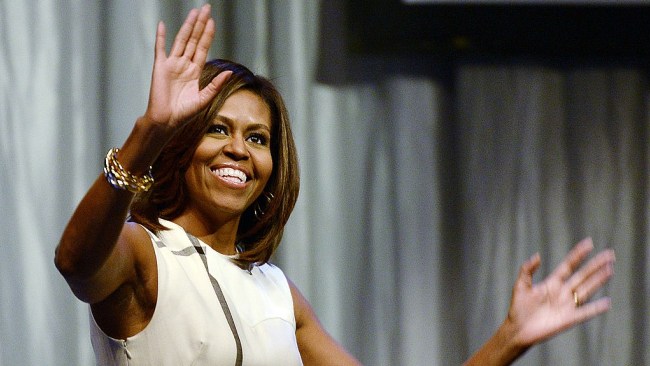 First Lady Michelle Obama approaches the podium with both elegance and confidence. It’s been eight long years since she first took the stage in support of her husband, President Barack Obama. She pans the crowd, smiling, waving and genuinely connecting with people, many who never thought they’d see a day like this.

“I wake up every morning in a house that was built by slaves,” she said. “And I watch my daughters, two beautiful, intelligent, black young women, playing with their dogs on the White House lawn.”

Millions of eyes light up around the country as they glare at the television screen, wondering if their ears are playing tricks on them. Did a black woman in the White House mention the words slavery? Many black folks in America are in collective agreement that this may have been the “blackest” thing we’ve ever heard from a First Lady, or perhaps even a president.

This is America in 2016. A black president and a black First Lady in the White House, but they’ll be gone before we know it.

When the FLOTUS leaves the office, we’ll lose the only First Lady to hold two Ivy League degrees. We’ll lose a woman who, in 2015, co-launched the Let Girls Learn initiative; helping girls around the world go to and stay in school. We’ll lose a woman who’s always fought on behalf of black people; her dissertation titled “Princeton-Educated Black and the Black Community” proves this. She even left a $212,000 salary to become First Lady.

There’s now less than three months before the 45th President of the United States will be sworn into office. And if things pan out the way they appear, we might make history again. But I can’t be the only person who’s not-so-secretly wanting four more years of the Obamas.