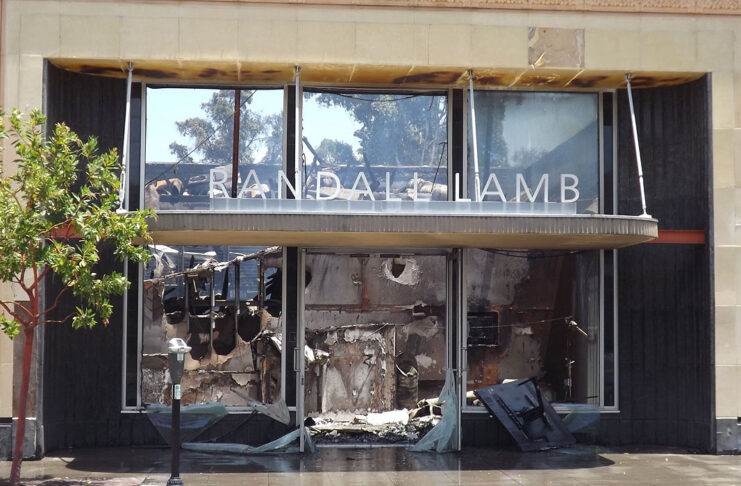 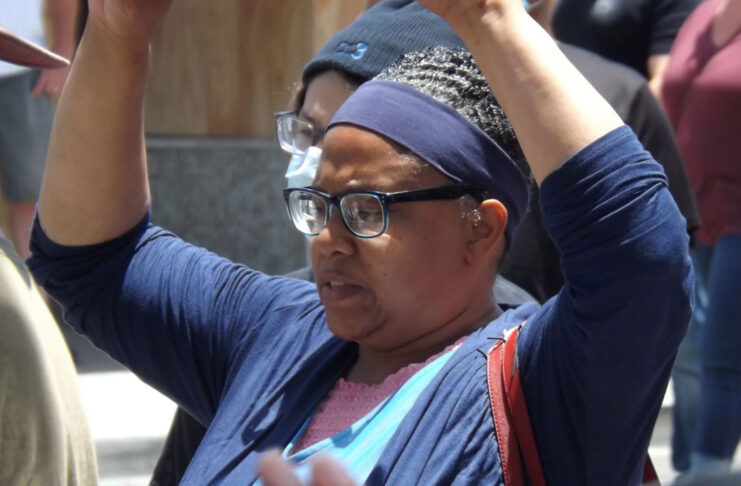 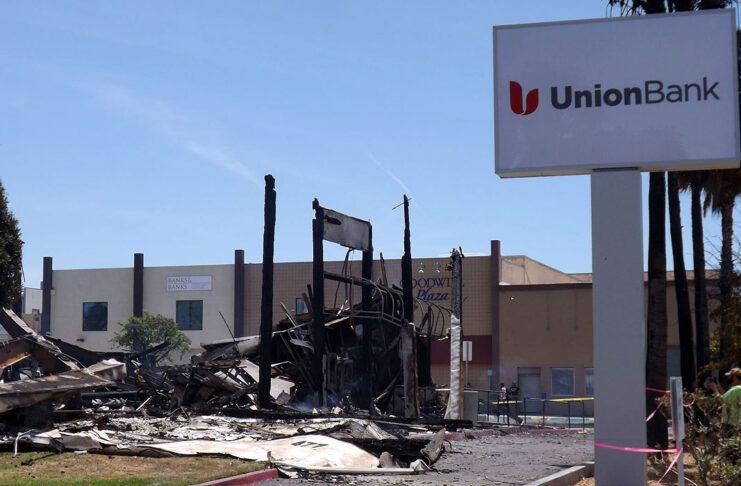 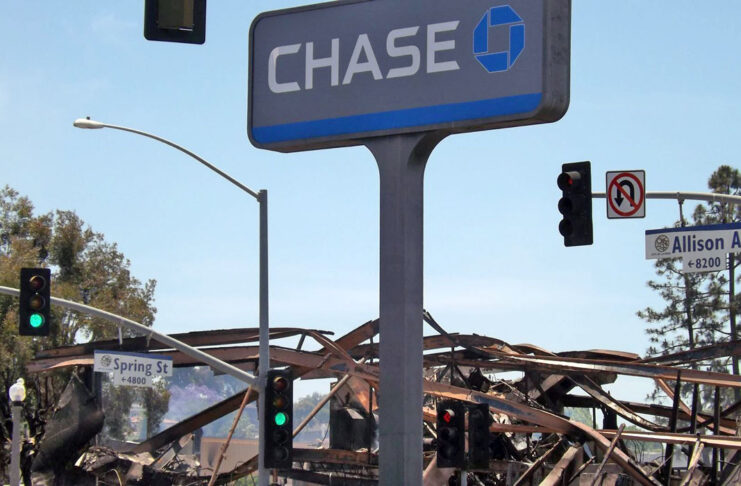 Taking a walk through the aftermath of harm. Some would call it a protest gone bad in La Mesa, CA where burning and looting took place along Spring St.& Allison Ave. There were several businesses in the suburban neighborhood of San Diego that were hit with the hurt of untrust from a damaged society.

Saturday evening at about 6pm is when it all began to heat up. As people walked the 5 block area in the business community of downtown La Mesa, it is easy to see the actions of the “before” and “after.”

The obvious actions of the demonstrators left behind a burnt down Chase Bank, Union Bank, and fires that partially damaged other businesses like Vons and Play It Again Sports. The Randall Lamb building, which is across the parking lot from Union Bank, was also severely damaged.

The actions of others, on a Sunday after the smoke cleared, included those who came to pray from the Rock Church and others who volunteered to help clean up. All of these actions are in wake of the George Floyd police-involved killing in Minneapolis, Minnesota on Monday, May 25, 2020. Floyd was an African American man who was unarmed and lost his life in the custody of Minneapolis police officer Derek Chauvin, who, at the time of this writing, was arrested four days later and charged with 3rd Degree murder.