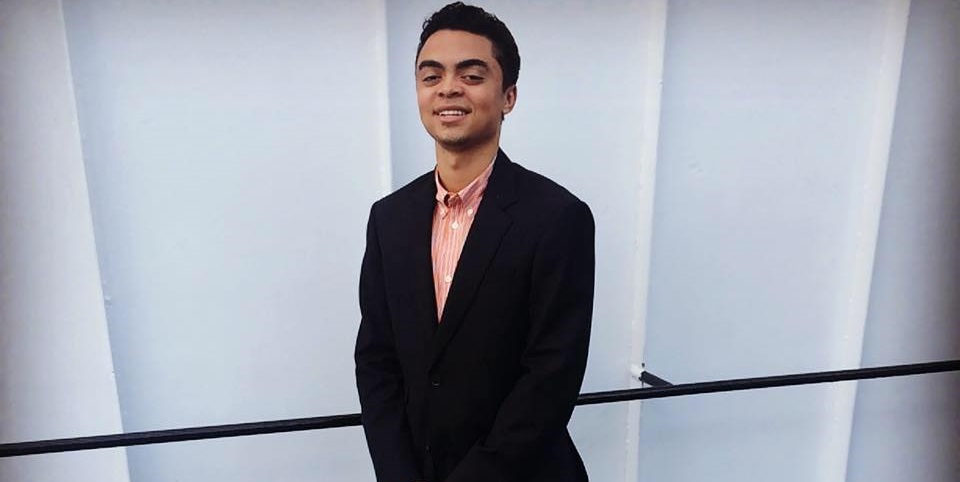 I started to dive into hip-hop music my freshman year in high school. Not only was I enjoying the beats and classic production, I began to dissect the lyrics I was hearing as well. Around this time, the ‘crunk’ era of rap was beginning to take flight. While the artists who emerged during this time weren’t known for their punch lines and double entendres, one rapper surprised me and added a new word to my vocabulary.

In Bone Crusher’s song ‘Never Scared’ he raps “meta-plasma is oozing out of your cerebellum.” When I heard the word cerebellum, I had to pause and rewind a few times. Not only was I surprised that a rapper from the crunk era used a word like that, I had to check my dictionary to find the meaning myself. To this day, I associate the word to that song. This is the power music can have to educate. San Diego native and Brown University graduate Austin Martin understands this power as well and created an app to utilize it.

Rhymes with Reason is an educational web platform that focuses on increasing vocabulary and English proficiency for students by breaking down SAT, ACT and Common Core vocabulary words rapped by various hip-­hop artists in their songs ­­into an interactive, engaging and effective curriculum.

First, the app displays a vocabulary word, the song it appears in and a sound clip from the song. Next, it displays the definition and part of speech with a contextual explanation of the song. Lastly, a multiple-choice question is given to further solidify the meaning into the student’s mind.

“My vision is for the app to be in every urban school system in the country,” said Martin. “We all know that current instruction isn’t that exciting. We’re going to give the kids what they’ll respond well to and not be able to complain as much. We have to do our job and think outside of the box instead of expecting the kids to step up with less.”

The app is already in 20 high school across the country including Helix High School here in San Diego.

When Martin was in 9th grade physics, he struggled to understand the significance of an “ohm.” He was a feverish hip-hop aficionado and remembered hearing Lupe Fiasco say; “I resist it like its Ohms.” The proverbial “light bulb” came on and he realized that he actually knew what an Ohm was – a unit of electrical resistance.  That moment inspired him to channel the academically viable content canvased within rap into something directly beneficial for classroom success. In his freshman year at Brown, Martin had a feeling that there was a lot of vocab content in hip hop. He looked up the top 100 words used in the SAT and found 67 in recognizable hip hop songs. In that moment, he knew an app could have some real potential. In 2013, Rhymes with Reason was born.

“There is so much good information in the music. It’s unfortunate that the media highlights the negativity. There needs to be a light shined on the good stuff as well.”

By the end of December, Martin is launching a US History version of the app that uses key terms in US History. All of this from a young man who once doubted his ability to even attend an Ivy League school.

“When I started to see my interest reflected in school and making connections with hip-hop, things started clicking for me academically. I then started to get the confidence that I could go to an Ivy League school. My advice would be once you find something you care about, you don’t know how high you can take it. If you have an interest and something that you love, you can do anything.”

To find out more information about Rhymes with Reason or how to get the app in your school, contact Austin at rhymeswreason@gmail.com