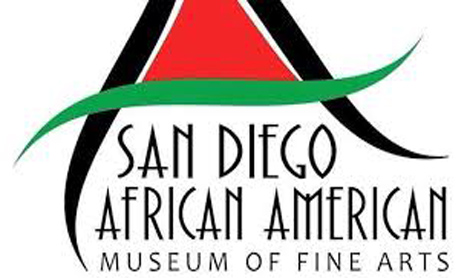 On your way to The Voice and Viewpoint Gala, make a quick stop at Bayview Baptist Church for the much needed revival of the San Diego African American Museum of Fine Arts (SDAAM) opening celebration on Saturday, February 1.

Finnie’s background as managing director of the North Coast Repertory Theatre and assistant director of the Museum of Photographic Arts in Balboa Park is sure to see the project to full success. This upcoming month and summer exhibits will be temporarily held in the original building of the Martin Luther King center. However, plans are in the works to fund a second story that is designed and coded to museum artifact preservation standards. “We plan on borrowing African American fine arts from the Smithsonian one day,” Finnie explained, “and for that we need to make sure everything is built to their standards.”

With this year being the 50th Anniversary of the signing of the 1964 Civil Rights Act, Finnie wanted a display in the February exhibition to commemorate that era. So with help from Jet and Ebony magazines and the Associated Press, the exhibit will show a majority of the iconic photographs taken during those times.

In addition to that, the Curator will be no other than Rev. George Walker Smith from the Catfish Club. Also notable, several youth between the ages of 14 to 18 have been studying with Black History professor Chuck Ambers of the Casa de Oro Museum in Old Town for several months. By Saturday’s opening each student will be able to give a detailed explanation of the works being exhibited.

And if that isn’t exciting enough for you, Finnie said there will be other surprises in store for the grand opening occasion. One may wonder if this has anything to do with the flash mob dance instructions on their facebook page. For more information like the San Diego African American Museum of Fine Arts page at https://www.facebook.com/sdaamfa. And learn those steps while you are there!

From joy to anger, faith leaders react to Roe’s reversal