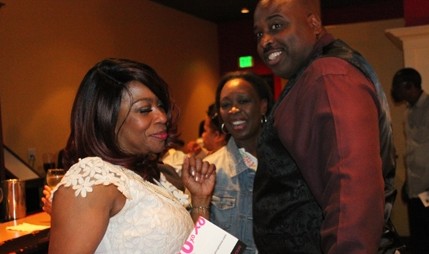 Last Friday at Felix’s Restaurant, the Black Employees Association (BEA) hosted a mixer to drive membership and continue to build the renewed establishment of the organization. Last October, 2013 BEA held its first election for Officers since 2008.

Vice-President, Carmel Honeycutt is taking action to ensure that the original mission of BEA becomes a reality for Black city employees. Last week’s mixer also included members from BAPAC (Black American Political Association of California), BIG (Blacks In Government), San Diego Black Chamber of Commerce, NAREB (National Association of Real Estate Brokers), Father-2-Child and other organizations. Support for one another as Black organizations is being made in efforts to better the community as a whole.

The BEA participated with others in the MLK parade and many of the organizations watched the Superbowl game together in January as well. Currently, BEA is having a raffle for an April 5th drawing of tickets to the San Diego Jazz Fest in May. For more information visit their facebook page at https://www.facebook.com/sdc.bea.