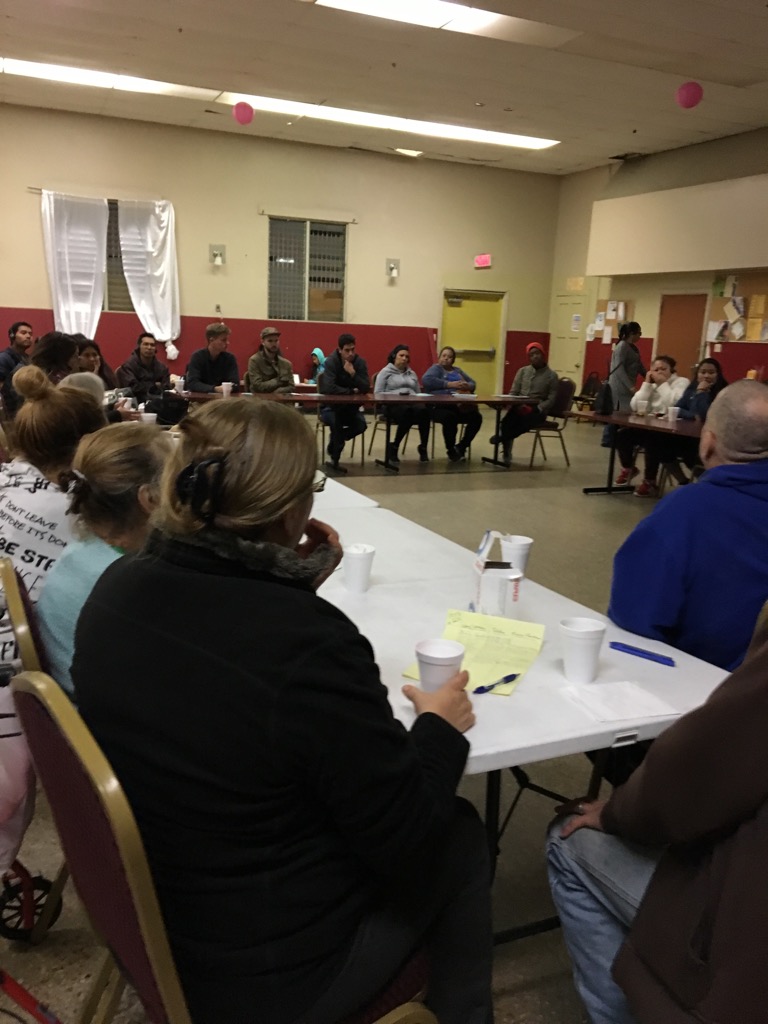 In a statement, The Tenant’s Union reported, “Approximately one third of all residents in the San Diego County – 1 million men, women and children — are living in poverty in large part due to the high cost of housing. With no long term solutions being proposed to finance the construction of housing for this population, we urge the San Diego City Council to amend its 2019 Council Work Plan to begin a public discussion on proven anti-displacement policies like rent control that have long provided stability for working poor families.”

The Tenant Union’s statement said evictions can cause homelessness. Evictions, whether through formal court proceedings or other methods of involuntary displacement from housing, are a direct cause of homelessness – either immediately or after social safety networks are exhausted. The relationship between evictions and homelessness is demonstrated in a number of regional reports and at least one national study including, a 2017 survey by Applied Survey Research in Santa Cruz County, California which found that 14 percent of its homeless population cited eviction as a primary cause of their homelessness.

A 2017 report by the Institute for Children, Poverty and Homelessness found that eviction is the second leading cause of homelessness in New York City among families with children, with as many as 33 percent of families citing eviction as the reason for their homelessness in parts of the city.

Further, a 2016 report by Stout Risius Ross, LLC, showed that New York City would realize a benefit of $320 million annually from establishing a right to counsel in eviction proceedings, with a $251 million savings from homeless shelter costs.

The ‘Hard Cold Facts About the Death of Homeless People’ publication was stated in information from the National Health Care for the Homeless Council. The publication highlighted the following: “Homelessness dramatically elevates one’s risk of illness, injury and death. For every age group, homeless persons are three times more likely to die than the general population; Middle age homeless men and young homeless women are at particularly increased risk; The average age of death of homeless persons is 50, the age at which Americans commonly died in 1900. Today, non-homeless Americans can expect to live to age 78.3.

Homeless persons suffer the same illnesses experienced by people with homes, but at rates three to six times higher. Homeless people die from illnesses that can be treated or prevented. Crowded, poorly-ventilated living conditions, which are found in many shelters, promote the spread of communicable diseases. Research shows that risk of death on the streets is only moderately affected by substance abuse or mental illness, which must also be understood as health problems.

Homeless persons die on the streets from exposure to the cold in the coldest areas, homeless persons with a history of frostbite, immersion foot, or hypothermia have an eightfold risk of dying when compared to matched non-homeless controls, and homeless persons die on the streets from unprovoked violence, also known as hate crimes. For the years from 1990 through 2005, the National Coalition for the Homeless has documented 472 acts of violence against homeless people by housed people including 169 murders of homeless people and 303 incidents of non-lethal violence in 165 cites from 42 states and Puerto Rico.

Poor access to quality health care reduces the possibility of recovery from illness and injuries. Nationally, 71% of Health Care for the Homeless clients are uninsured.

Clearly, homelessness will be a major topic of discussion for the City of San Diego this year.