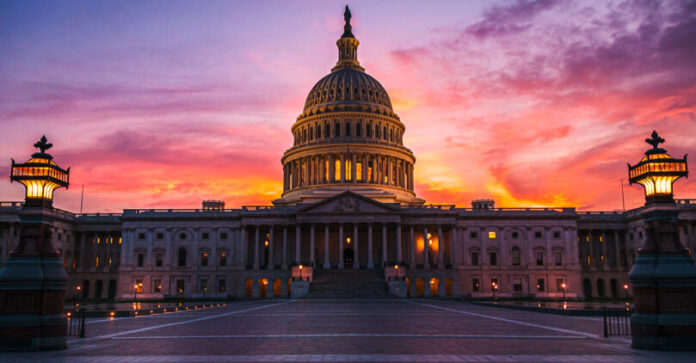 As the dissent in the Democratic caucus continues to undercut President Joe Biden’s agenda, Senate Majority Leader Chuck Schumer reached out to lawmakers pleading with them to pass the Build Back Better Act, address the debt limit, and voting rights legislation.

“We are at a pivotal moment in the 117th Congress,” Schumer wrote in a heartfelt plea to Democrats on Monday, October 4.

“We are trying to pass historic legislation to help American families and strengthen our democracy with the slimmest possible Congressional majorities and a new Democratic President,” Schumer’s letter continued.

“Doing big things in the Congress is hard. Doing really big things all at once is really, really hard.”

Primarily because of Sens. Joe Manchin (D-West Virginia) and Kyrsten Sinema (D-Arizona), Democrats have been unable to advance voting rights and other civil protections.

Progressives in the party have denounced Sen. Manchin’s demands for a lower price tag on the President’s plan, and lawmakers include a provision that prohibits the federal government from funding abortions.

Congresswoman Pramila Jayapal (D-Washington), who chairs the Congressional Progressive Caucus, has repeatedly stated that her group would not support any reduction in the cost of the economic plan. However, the Progressives have hinted at an appetite for reducing the bill’s duration from 10 to five years.

Leader Schumer reminded all his colleagues of the importance of a united party.

“From the very beginning, we knew the execution of the two-track legislative strategy for the Bipartisan Infrastructure bill and the Build Back Better Act would be difficult and, at times, mess,” Sen. Schumer wrote.

“On [October 1], President Biden met with our colleagues in the House Democratic conference to discuss our path forward on these two important bills. He encouraged them to stick together, compromise, and find the sweet spot that will allow us to complete our work.”

The letter continued:
“I agree with his sentiment whole-heartedly – we can get this done, together, if we put aside our differences and find common ground within our party. It will require sacrifice. Not every member will get everything they want. But at the end of the day, we will pass legislation that will dramatically improve the American people’s lives. I believe we are going to do just that in October.”

The Democrat-led House and Senate quickly passed a 30-day extension of the expiring Highway infrastructure program over the weekend.

He reminded his colleagues that it means that the new legislative goal for Democrats must be to enact that bill and the Build Back Better Act before the new expiration date at the end of October.

“Due to the time it will take the House and Senate committees to draft final legislation of a Reconciliation agreement and vet it with the Senate parliamentarian to ensure it maintains its ‘privileged’ status in our chamber, it is crucial that the House, Senate, and President come to a final agreement on the details of the Build Back Better Act as soon as possible, preferably within a matter of days, not weeks,” he stated.

The senator’s letter concluded:
“I will be working with the Speaker and the President – and encourage all of you to help us – to reach that agreement expeditiously.

“The other major challenge facing us this week is protecting the full faith and credit of the United States by extending the nation’s debt limit. As you know, our Republican colleagues have completely abdicated their responsibility to the nation by refusing to pay for the spending and debts incurred due to the bipartisan COVID relief legislation passed during the Trump Administration.

“I asked Unanimous Consent to allow Senate Democrats to suspend the debt limit with a simple majority so Republicans could vote no, as Leader McConnell and his colleagues have repeatedly requested.

“This episode is a stark reminder of how absurd and partisan Republicans have made the process for raising the debt limit.

“Let me be clear about the task ahead of us: we must get a bill to the President’s desk dealing with the debt limit by the end of the week. Period.

“We do not have the luxury of waiting until October 18, as it is our responsibility to re-assure the world that the United States meets our obligations in a timely fashion and that the full faith and credit of the United States should never be in question.

“The consequences of even approaching the X date could be disastrous for our economy and devastating to American families, raising the costs of borrowing for average Americans and hampering our economic recovery over the long-term.

“Please make sure you attend the Tuesday caucus lunch this week, as we will continue to discuss this important issue. Of course, suppose Leader McConnell and his colleagues continue to obstruct our ability to resolve the debt issue quickly. In that case, the Senate will likely be forced to remain in session over this weekend, and possibly through the recess, to finish our work. Please plan accordingly.

“Finally, in the face of these daunting tasks, we must also continue our steadfast fight to protect free and fair elections. To that end, the Senate should be prepared to consider soon the Freedom to Vote Act, as well as soon-to-be-introduced legislation to repair the Voting Rights Act.

“This may occur this work period or immediately at the start of the next.

We hope that all our colleagues will join us in good faith in advancing solutions to ensure all Americans have their voices heard in their democracy.

“Our democracy faces great challenges. We can demonstrate we can deliver results for the American people – and we will.”