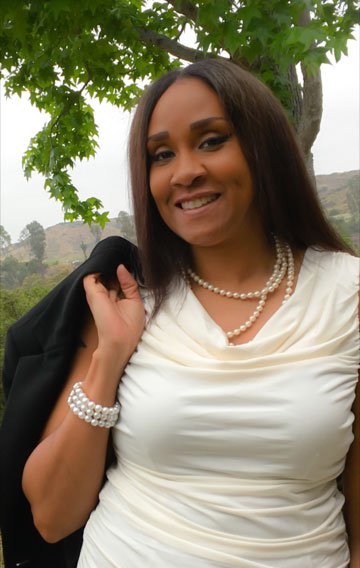 Every community needs a watchdog. An individual or group of individuals who take it upon themselves to monitor the establishment to be sure they’re performing their service to the community. With the collective consciousness focused squarely on the issue of police violence, this area in particular needs qualified and competent individuals to sniff out any injustice or malpractice. Sharmaine Mosley, Executive Director of the Citizens Review Board for Police Practices, utilizes her Bronx, New York savvy and valuable experience in the field to be the type of leader San Diego needs.

Mosley spent most her of adult life in Albany, NY graduating from New Albany State University with her bachelors in Psychology and Africana Studies. She later matriculated to a position at Albany Law School. It was there she was introduced to the world of citizen oversight.

“It was a very tense time for Albany New York and the Bronx because of the Amadou Diallo shooting. As you can imagine, at that time it was very difficult because everyone was waiting for the verdict.”

Diallo, a 23-year-old immigrant from Guinea, was shot and killed by four New York City Police Department plain-clothed officers in 1999. The officers fired a combined total of 41 shots, 19 of which struck Diallo who they believed fit the description of an armed and dangerous serial rapist. The officers were acquitted of second degree murder charges sparking an outrage in the surrounding community.

As a response, the city approached Albany Law School to provide legislative support for the area’s citizens review board. Mosley was tapped to be the coordinator.

“I always say I fell into this by accident,” Mosley said. “I was afraid of it and didn’t know how to take members of the police department. I grew up two blocks away from where the shooting took place and I didn’t want to get involved.”

Despite her hesitation, Mosley received encouragement from her superiors and excelled in her role. In 2014 she applied for San Diego’s Executive Director position with few expectations. To her surprise, however, she got the job.

As Executive Director, Mosley manages the board and make sure it’s an effective liaison between the 23 volunteer board members, police department and community. She also provides administrative support for the board and makes sure the board is following its mission: reviewing and evaluating complaints brought by members of the public against officers of the Police Department of the City of San Diego and to review and evaluate the administration of discipline arising from sustained complaints. The Board also reviews and evaluates officer-involved shootings, all in-custody deaths, and all police actions that result in the death of a person.

Mosley’s greatest challenge since accepting the position is facilitating transparency between the CRB’s process of reviewing cases and the community.

“The challenge is the legislation that exists that protects the officers,” Mosley said. “New York has open meetings so people can hear the review of their case and listen to what’s being said. Here, the review of cases is done during close sessions. It’s hard to get that community trust if they don’t know what happens in closed sessions.”

To combat this, Mosley often engages the community herself, having discussions and hard conversations with individuals about their complaints. The CRB’s newly launched website also offers a much information as they can about the process and how the board works along with a calendar of events the community is able to attend.

Mosley takes pride in the works she does and is dedicated to facilitating a tangible change to a community she has grown to love.

“I come to work, I love what I do and I love the people who I work with. Understanding how the department operates and bringing back the knowledge I learn from other orgs nationwide is very important to stay current and know what’s happening so we can bridge this gap between the community and police department.”

To learn more about the CRB and get involved with events visit www.sandiego.gov/citizensreviewboard.