Home Arts She is Soul: An Awakening of Sorts 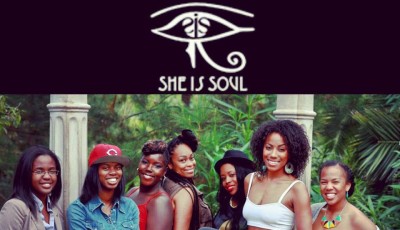 On Thursday night, a legion of young adult African-Americans settled into a lounge-setting at Commonwealth in Hillcrest to partake in four hours of networking, mingling, reminiscing, eating and drinking at She Is Soul’s second industry mixer, ‘Royalty: Respect Thy Queen’.

Decked out in all black attire, the Royalty series put on by She Is Soul – the first of which was ‘Reclaim The Throne’ – has brought out some of the best, brightest, sharpest and most talented among the early 20s-to-early 30s crowd in San Diego. Flushed with musicians, singers, poets, activists, entrepreneurs and other business-oriented and/or community-related occupations, Royalty brings about a certain sense of pride among its attendees, including myself.

Looking around and seeing so many faces that looked like my own engaging in worthwhile conversation about our pasts and futures together in San Diego county, it awoke some subtextual elements to the gathering. Our generation can often be looked upon as ‘the generation that lost its way’ but that only entails the parts that it seems older generations are willing to see. Part of the disconnect between young and old is the focus on the negative instead of the positive with too much attention being paid to how different each generation is.

There are those of us in the community looking to make a difference through a plethora of skill-sets and ideals. She Is Soul itself is a representation of different backgrounds coming together for a common goal in order to provide our age group with positive events to attend.

Brisa Johnson, Geminelle Rollins, Jonnae Thompson, Dauche Bates, Ashley Watkins and Keon Jones all bring something different to the She Is Soul table but each understands what they are looking to accomplish by putting on events they would enjoy and they know people they know would enjoy as well.

Admittedly, many of us are past the time when frequenting the club scene was the thing to do. We are more at the age of food, drink and conversation constituting a night out rather than the rambunctious days of our pasts.

But we’re adults now and we should act as such and furthermore, others should see us as such. It can be difficult growing up in a community that cannot get over the fact that they have known us since we were younger. We can never work together to further build our community if the ideas of the younger-yet-still-experienced generation are seen merely as suggestions instead of solutions to our problems.

That is why the Royalty series is so beautiful. It combines everything that it means to be a young adult African-American in San Diego at this time. Music playing, conversations delved into, beautiful people, delicious food, appropriate drinks, all under the umbrella of wanting to make associations with like-minded individuals. And the number of like-minded individuals in this age group is astounding when you look in the proper places.

There is nothing lost about the Christina Griffin’s, Kendrick Dial’s, Jasmine Darnell’s, Bryeanna Barmer’s, Terrell Thompson’s and GK Sanders’ of the world. Only a sample among many to grace the Royalty scene, each with a skill-set they use to better the people around them.
It is truly beautiful to witness. Young black people fellowshipping with one another on their own terms, providing each other with insight into each other’s worlds and opportunities to join forces with one another to better each other’s causes.

She Is Soul is on to something. Let’s just wish that everyone – young, old and in-between – is ready to follow their lead and welcome the progress.