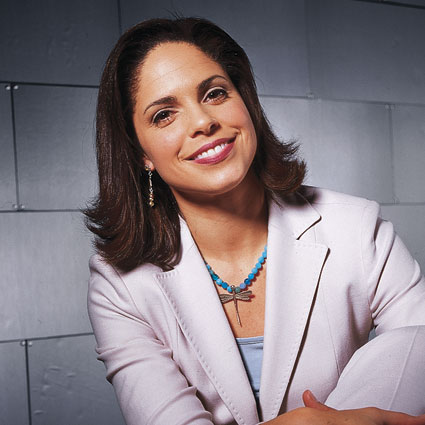 Prior to leaving CNN, Soledad O’Brien became known for her “Black in Americaseries. The series sparked conversations and national headlines, especially after tech heavyweight Michael Arrington said he didn’t know any black entrepreneurs in Silicon Valley. Now O’Brien is back with another installment in the series, this time focusing on black men who have been impacted by aggressive policing.

After Trayvon Martin, Jordan Davis and Michael Brown, O’Brien is squarely placing her attention on the data.

According to mediabistro, O’Brien highlighted that “the NYPD reported made more than 5 million stops between 2002 and 2013.  80 percent of those stops were African American or Latino, and 88 percent of the stops did not result in arrests, summons, or evidence of any crime.”

“What is so shocking is that this police practice was used around the country – and in some places still is – with the theory that police were stopping criminals,” said O’Brien. “It’s shocking that the city where this was popularized was stopping so many innocent people.”

A press release for the newest installment describes how the documentary plans to use testimony and footage to share the story of over-policing black men in America.

“In a new installment of her ‘Black in America’ documentary news series, award-winning journalist Soledad O’Brien will use graphic videos and incisive interviews to show how the lives of young men are fractured by aggressive policing. Her documentary film, Black & Blue, takes us into the lives of men frisked without cause as many as 100 times, and the police officers who insist they’re just fighting crime,” reads the press release.

Instead of only using individual narratives, the documentary will focus on men who were able to record their confrontations with police.

“Black & Blue will portray the personal stories of the men affected by those aggressive policing tactics, many of whom were able to document the confrontations in shocking videos.”