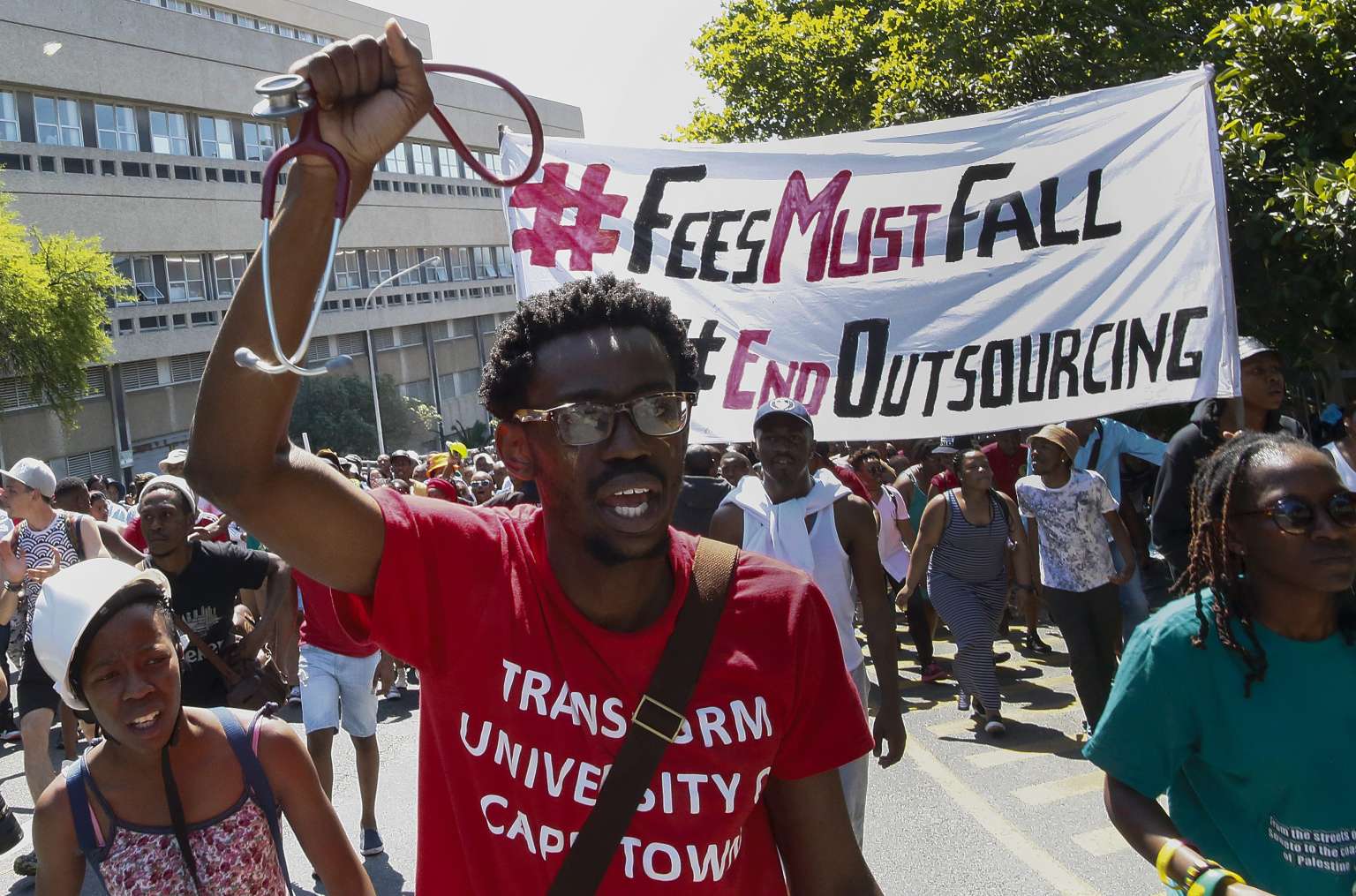 “Funding is the key element to resolving this crisis”

About 150 UCT staff members picketed outside Parliament for over an hour this morning. It was the first of three protests scheduled at the legislature today.

The aim of this protest was to put the focus of the universities fees and funding crisis on national government. It was organised by the university’s three unions: the Employees’ Union, Nehawu UCT and the Academics’ Union. The university’s support staff and academics, some in red gowns, held up a multitude of placards, several saying “Save our universities”.

Sam Chetty, who is on the executive of the Employees’ Union, told GroundUp that staff wanted a response to the crises at the university and other universities. He said government as the primary stakeholder “must step in and help us to resolve it.” Chetty acknowledged that there were multiple issues but he said funding was the key one: “We need funding. Funding is the key element, the catalyst, to resolving this crisis.”

A representative of the Minister of Higher Education and Training, Blade Nzimande, came to receive the memorandum, prompting the protesters to chant: “We want Blade” repeatedly.

“For many years, universities have been chronically under-funded by Government and support for students has been inadequate. Increasingly high fees, a lack of transformation and a challenging environment have placed higher education out of reach for many of our most promising youth, while those who are admitted must succeed and excel while subjected to extraordinarily difficult circumstances.

We believe that this ever-deteriorating support for education is not in the interests of our developmental state and results in a squandering of talent that should instead be developed into the future leaders of our country.

At many universities, students and executives have failed to find common ground and workable solutions. The resulting crisis has plunged institutions into chaos, with violence and conflict displacing learning and research. If no resolution is found soon, the impact on university staff and students, parents, graduates, business, government and society in general will be substantial and immediate, with consequences that will impact on us for many years.

The events of recent weeks highlight that universities are not able to solve these problems alone. Government needs to be part of the discussion and part of the solution.”