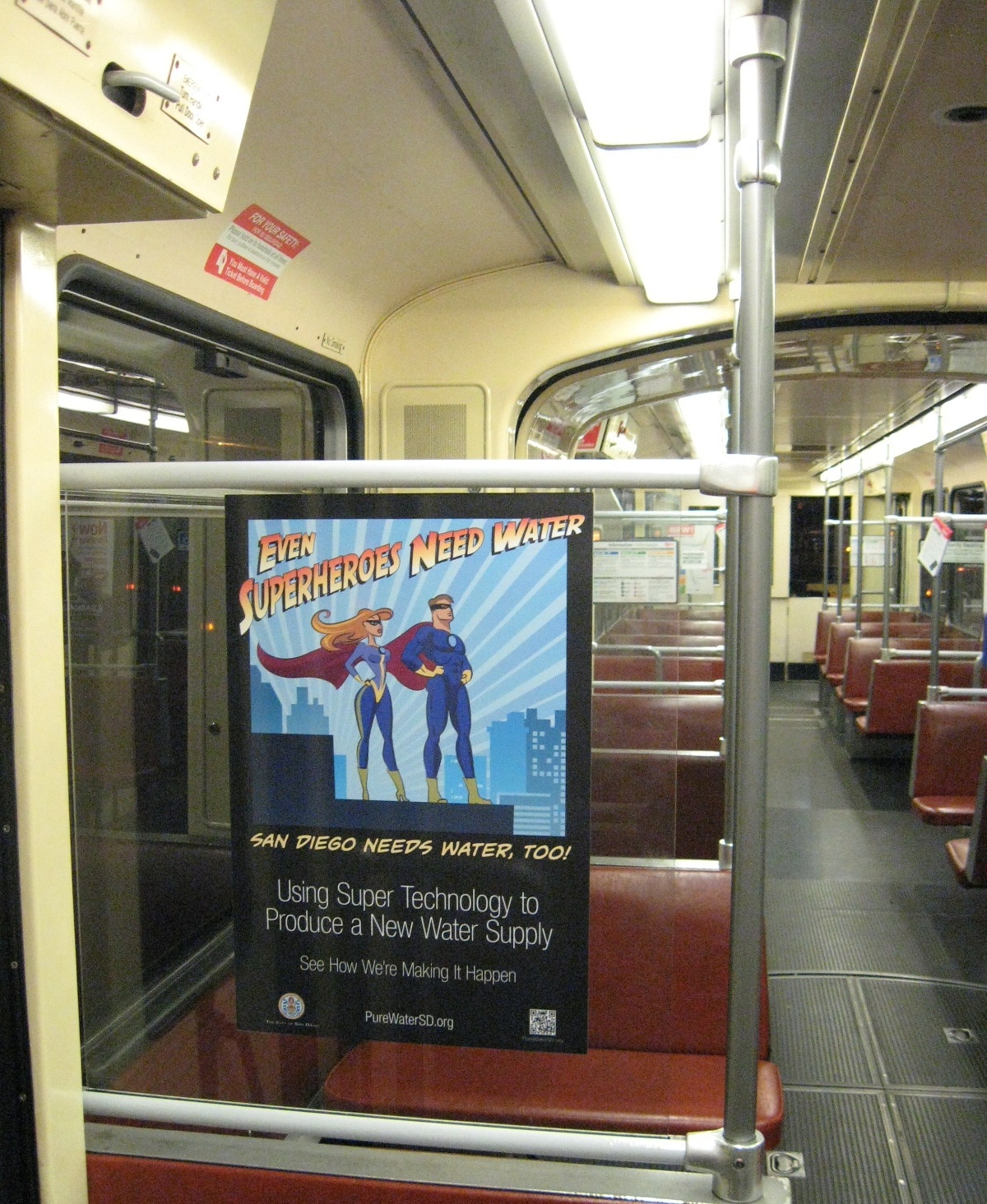 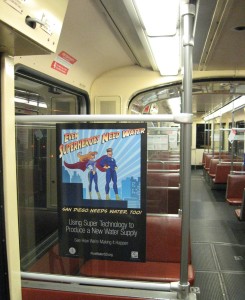 SAN DIEGO – Earlier this year, the City of San Diego concluded that recycled water could be purified and safely used as a new source of water for San Diego. In the spirit of Comic-Con, the City of San Diego is spreading the word about the super technology that produces purified water. Trolley advertisements around the City currently highlight not only the technology, but also how everyone – including superheroes – needs water.

Water is essential to keep San Diego thriving. Yet San Diego has very little local rainfall and must rely on importing approximately 85 percent of its water from Northern California and the Colorado River. With the risk of earthquakes, droughts, continued pumping restrictions and rising costs of imported water impacting the reliability of this imported supply, the need for a local water source has become more urgent. As thousands of comic book fans, zombies, vampires, and of course superheroes flock to San Diego for Comic-Con, we are reminded that water is not just needed for San Diegans, but those who visit as well.

The City of San Diego has been examining potable reuse as a potential means of providing a new, locally controlled source of water for San Diego since 2009. Potable reuse is the process of adding purified water to a drinking water source. The March 2013 Water Purification Demonstration Project Report  concluded that purifying recycled water and adding it to a local reservoir is a feasible option for supplementing the City’s drinking water supplies. In April 2013, the City Council unanimously adopted the report, and San Diego is now exploring the next steps towards making potable reuse a reality.

While the technology used to produce the purified water is quite advanced, it is not new. Membrane filtration, reverse osmosis and ultraviolet disinfection with advanced oxidation have been used by other water agencies for years, including at the Orange County Groundwater Replenishment System just north of San Diego County. The water purification process’s technology removes and destroys contaminants in the water, resulting in extremely pure water approaching distilled water quality.

Although more work is still required before a potable reuse project can be implemented, the unanimous approval of the Project Report sets the stage for the development of a new source of water that can reduce San Diego’s dependence on imported water.

Comic-Con attendees and San Diegans can view the advertisement on Blue Line trolleys through early August. For more information about potable reuse, including to register for a tour of the AWP Facility or to request a presentation, visit www.purewatersd.org or email purewatersd@sandiego.gov.