This year marks the 38th year of Mr. Roosevelt’s passion for putting books in the hands of children. Long before he retired from Solar Turbine as an employee, he was holding book giveaways for children. Before the pandemic, record crowds of children were coming to the Organ Pavilion in Balboa Park for the grand event. From the very beginning, the book giveaway was funded by contributions and fund raising activities by Mr. Brown all year long with the idea of having enough books to give away each April. 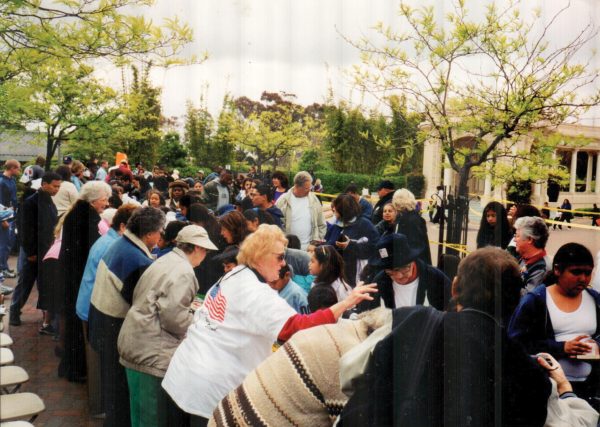 This year, Mr. Brown hopes to give away between 11,000 and 15,000 books. The event will not be at the Organ Pavilion due to the pandemic, but rather, on the parking lot of The San Diego Voice & Viewpoint newspaper located at College Avenue and Billman/Streamview, behind the 7/11.

Over the years, Mr. Brown has given away over one million books to children in San Diego, regardless of race or color, with the idea of helping each child build their own library. The books cover a wide range of subjects including Dr. Seuss, science, math, computers, famous Americans, animals, history, biology, short stories, novels, workbooks and much more. As a rule, each child receives at least one free new book and the event provides both entertainment and refreshments for both children and their parents.

Mr. Brown says that every effort is made to ensure that children who are in need of the books get the books, although no one is turned away.

The book giveaway started in Mr. Brown’s backyard and grew to the point that it was relocated to the Education Cultural Complex. The growth and fame of the event continued to grow and soon it was moved to the Organ Pavilion in Balboa Park where it remained until the pandemic closed down such gatherings. Prior to the pandemic the event had attracted free bus service for some of the children to ensure that no children were left out simply because they did not have transportation in an official and approved manner with a school official, a principal, teacher, or librarian required to be on each bus.

Mr. Brown’s own children grew up with the event and one of his sons took over the operational aspect in recent years, easing the burden on Mr Brown. But that would not have been enough had it not been for the army of volunteers, students and teachers that Mr. Brown has met over the years and many have come back to pitch in and help make the “Children’s Book Party” a success year after year. 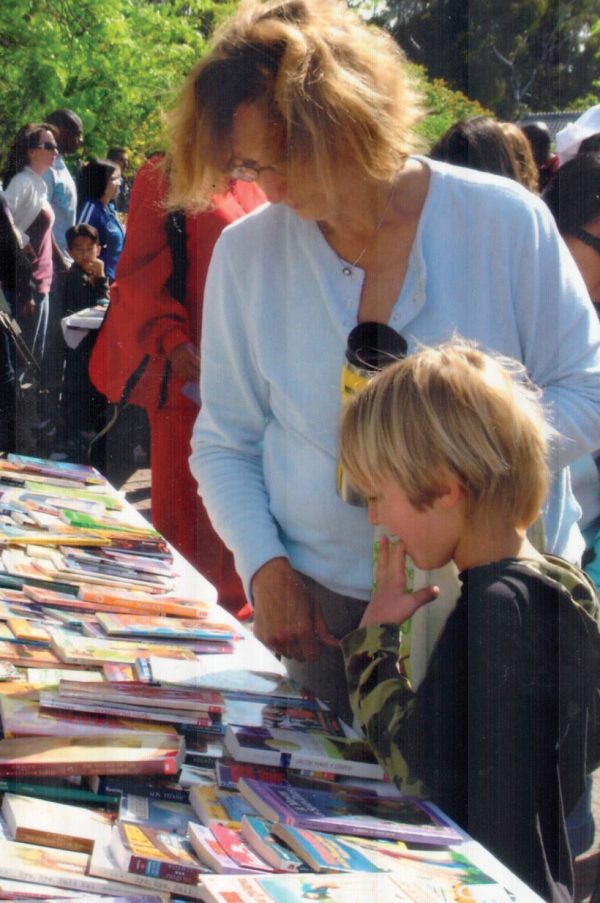 It seems that the event has become a tradition in some families because children who came twenty years ago are now bringing their own children. Many who have gone on to college have kept in touch, by their own choice.

Mr. Brown says, “We understand how children who don’t have full access to the power of language can face limits in their lives, and lose out on valuable knowledge. What can be more important than a kid sitting down to read a book, learning about the world through words, cultivating their imagination and improving their self esteem? Hopefully, like those before them, these kids will share their books with their children because, in this age of computers, books are still essential.”

Mr. Roosevelt Brown’s efforts have been a whole family affair with the hands-on support of his wife and children, his son, JaMarr Brown, a college graduate now working and serving as the M.C. for the event each year.

Thank you Mr. Roosevelt Brown for 38 years of selfless service.