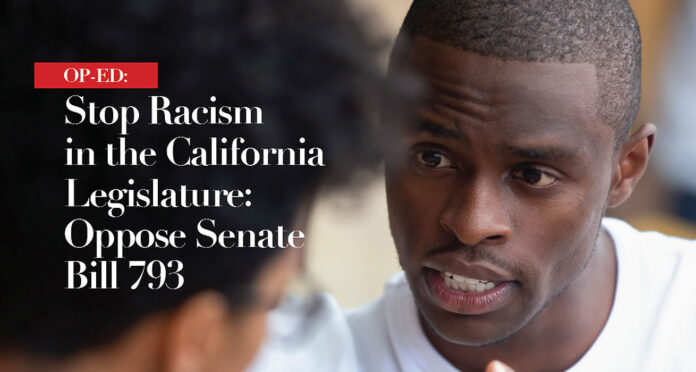 Racism in America in 2020 is institutionalized, legislated, normalized, rationalized, and camouflaged in multiple manifestations throughout the United States. Today in California there are questionable attempts by the state legislature of California to pass a statewide law that will ban the sale of menthol cigarettes. Good intentions sometimes can cause bad outcomes and consequences.

For me, this is an issue that needs to be better understood by public policy makers who are contemplating passing legislation that will ultimately add to the often fatal interactions between Black Americans and law enforcement officers.

There are those who say that they want to protect the health of Black Americans and others by supporting the ban on menthol. The fact is, however, that the legal banning the sale of menthol cigarettes will only result in an illegal underground marketing and selling activity that will surely lead to confrontations with the police.

Eric Garner was unjustly murdered in New York City by police officers who choked him to death solely because he allegedly was “selling loose cigarettes” on the streets of Staten Island.

If today we rightly affirm more vocally and more authentically that “Black Lives Matter” in the wake of George Floyd being unjustly choked to death on a street in Minneapolis by police officers, then why would anyone in the California Legislature introduce and promote legislation that will put Black people who buy, sell, or smoke menthol cigarettes in harm’s way from the police?

Racial profiling as a result of racially-motivated public policy is just another manifestation of racism. Why are Black Americans smokers being profiled and culturally targeted? Why are some Black American lawmakers and others promoting a ban that will disproportionately have a negative impact on the Black community?

Thus, I am adding my voice to those who strongly opposed Senate Bill 793. I am sure the sponsors of the bill are well intentioned, but the consequences of their legislative intentions will do more harm to Black America than achieve the goal of public health protection.

Dr. Benjamin F. Chavis, Jr. is President and CEO of the National Newspaper Publishers Association (NNPA) and can be reached at dr.bchavis@nnpa.org.