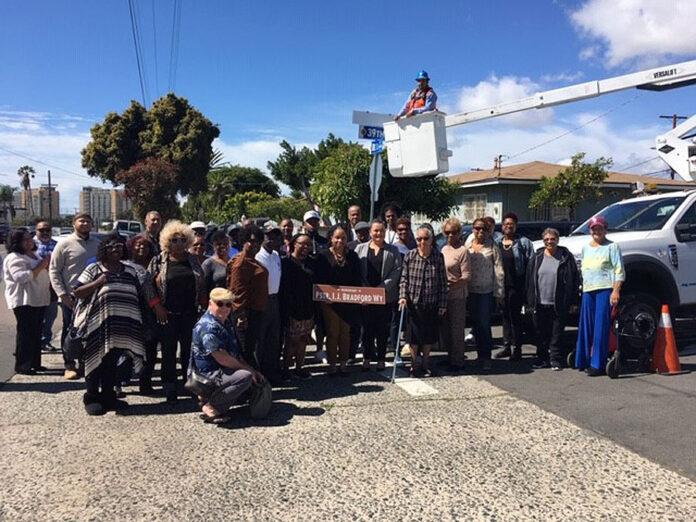 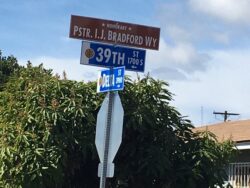 Councilmember Vivian Moreno, of the Eighth District, bestowed the honor upon Pastor Bradford, by renaming the 1700 block of 39th Street, in the Shelltown community, Pastor I.J. Bradford Way. 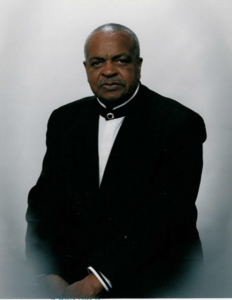 Pastor Bradford was called to lead the flock of the Ebenezer Missionary Baptist Church in May 1982, where he served as Senior Pastor for twenty-three years. He retired as pastor in September 2005. Post retirement, he remained faithful to the church by serving as Pastor Emeritus for another fourteen years and continued to support the ministry until he passed away on Monday, April 22, 2019.

During his tenure as a pastor, he established the Rev. I.J. Bradford, Jr. Memorial Fund, after his late son, who initiated the philanthropic effort by collecting weekly monetary donations from church members to fund the church’s food pantry.  The pantry fed the less fortunate and food baskets were given to the underserved during the holiday seasons. Pastor Bradford, along with the parishioners of the church collaborated with other organizations to host church toy drives at Christmas time. It was also under Pastor Bradford’s leadership that the membership flourished, the mortgage for the church was paid off, several rooms were added to the church edifice, the property across the street was purchased and paid off, and various ministries were established. Pastor Bradford was a faithful and dedicated pastor. He loved Ebenezer with all his heart. 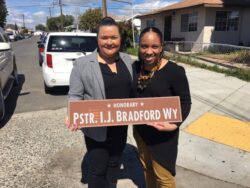