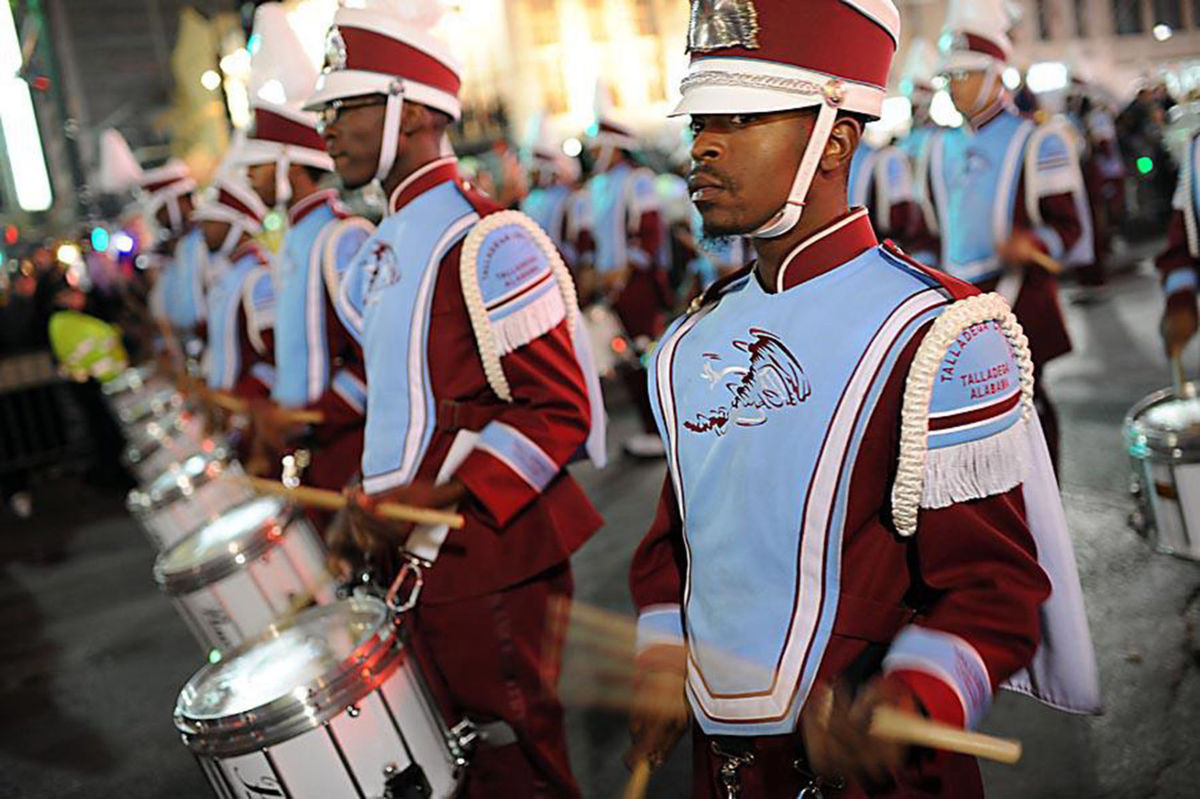 It took much debate and endless soul-searching, but in the end, the historically black Talladega College’s marching band will perform at President Donald Trump’s inauguration on Jan. 20.

“We respect and appreciate how our students and alumni feel about our participation in this parade,” Talladega President Billy Hawkins said in a news release announcing the decision to participate. “As many of those who chose to participate in the parade have said, we feel the inauguration of a new president is not a political event but a civil ceremony celebrating the transfer of power.”

To a number of Talladega alumni, the announcement late last month that the band would march in the parade was an insult to the very principles of the college, which was established two years after the end of the Civil War. The school is affiliated with the United Church of Christ, a liberal Protestant denomination that was deeply involved in the civil rights movement, and for decades it served as an incubator for theories and practices of social justice.

Nikky Finney, a poet and Talladega graduate who is now a professor at the University of South Carolina, said in a statement published by The New York Times that the band should not help celebrate Trump, who, she said, has maligned women and Mexican immigrants and has proposed barring all Muslims from entering the country.

In an interview this week, Finney, channeling a James Brown lyric, said the college had “sold out the history of Talladega College for chicken change” and “maybe a tin star on a hatemonger’s parade route.”

The newspaper reported that an online petition had be launched calling for the band to withdraw from the inaugural parade. The petition had attracted more than 1,900 signers, some of them supporters of the college who have threatened to withhold future contributions.

Similar issues have been raised about other entertainers scheduled to perform, among them the Radio City Rockettes and the Mormon Tabernacle Choir. But because of Talladega’s history, the issues have been especially intense, with calls for the college to reverse its decision to take part in the festivities.

Talladega was founded in 1867 by former slaves and has 800 students. It is Alabama’s oldest private historically black liberal arts college, CNN reported.

Shirley Ferrill, a 1974 alumna who started the petition calling for the band to withdraw, said she was most offended by Trump’s November 2015 rally in Birmingham, in which a Black Lives Matter protester was beaten, punched and kicked by white men in the crowd.

“We have a reputation of fighting for freedom and equal rights and justice and he doesn’t stand for any of that,” she said.

Finish reading the story at The Washington Informer.

The Washington Informer is a member publication of the National Newspaper Publishers Association. Learn more about becoming a member at www.nnpa.org.