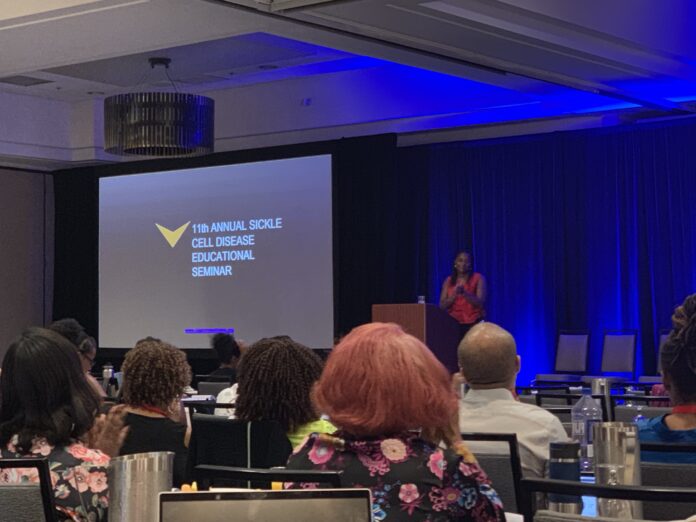 The Cayenne Wellness Center and Axis Advocacy hosted the 11th Annual Sickle Cell Disease Educational Seminar in San Diego, CA, on September 5-7, 2019, inspired by a mission to bring attention to the public, advocate for equal/adequate healthcare for those affected by (SCD) & SCT, share alternative treatments as well as groundbreaking research, and to enjoy one another’s company while displaying a united front of hope and resilience,

September is National Sickle Cell Awareness Month, and with there being so many adults, teens, and children affected by Sickle Cell Disease (SCD) and Sickle Cell Trait (SCT) in the United States, there is a concerted effort to help make sure the communities inflicted have access to resources and treatments that will ensure they live the most healthy and comfortable lives possible. 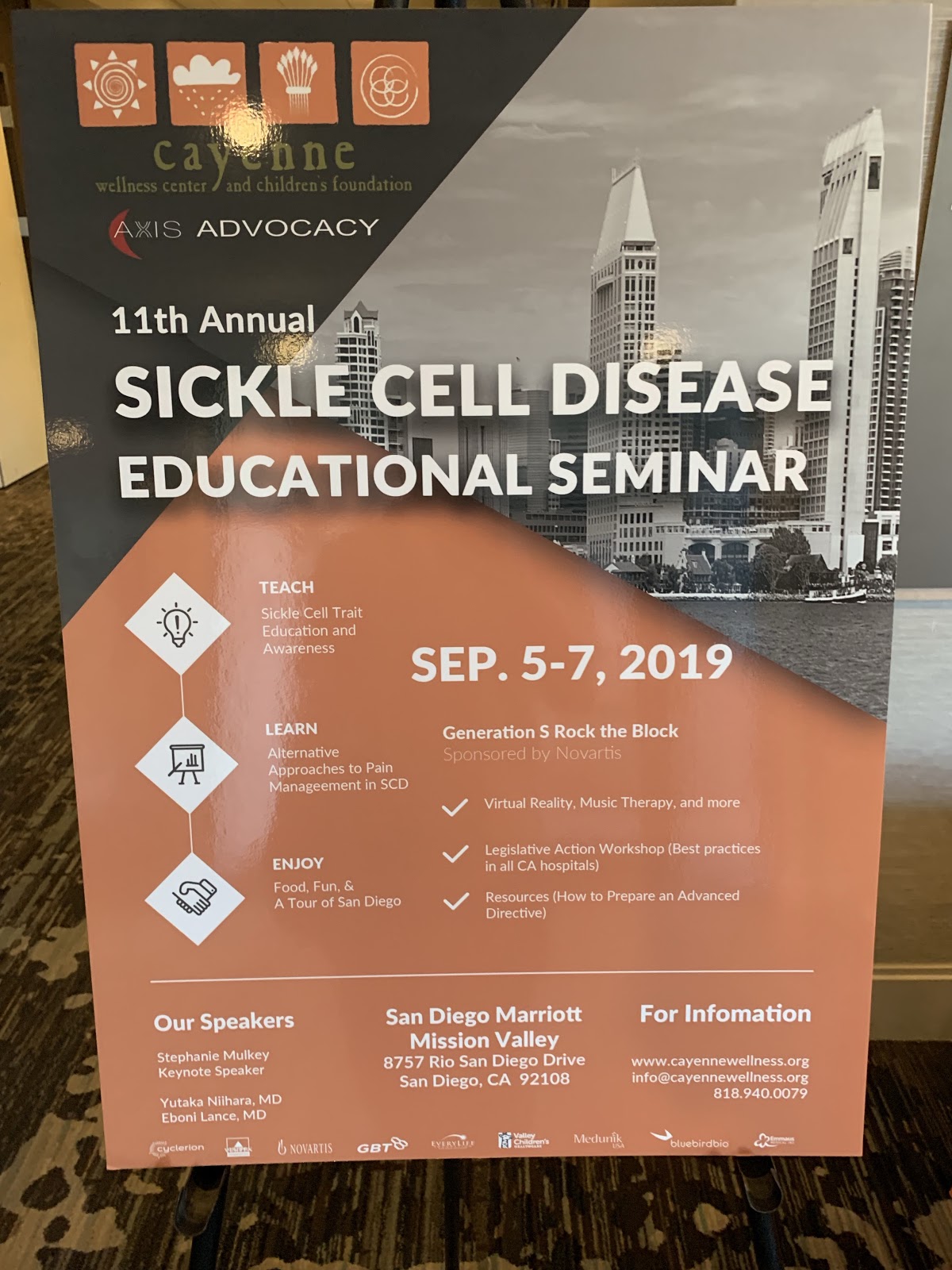 Organized by Dr. Carolyn Rowley, Executive Director of the Cayenne Wellness Center, as well as her team, the primary location was at the Marriott Hotel in Mission Valley where keynote speakers Dr. Yutaka Niihara and Eboni Lance, MD gave speeches. After Eboni Lance MD’s speech on the morning of September 7th, there were Q&A’s from members of the audience to the speaker where questions were asked and some attendees went out of their way to use the time to express gratitude and appreciation for the event, the information being shared,  and for everyone being brought together.

Originally founded and hosted in Los Angeles, over the past three years the seminar has begun to visit different cities throughout California, this time being San Diego. The three-day seminar informed and educated the members in attendance of the many different factors and aspects surrounding Sickle Cell Disease and Sickle Cell Trait with the ultimate goal being to decrease mortality rates within the communities who are affected. Joined by vendors and other organizations such as KIS Foundation, who’s founder, Kiki Sheppard, was in attendance; Generation S, who has a Sickle Cell Disease Awareness commercial running all month long; and many others with similar intentions and backing, there were lots of booths, tables, and organization members full of information willing to help in any way possible. 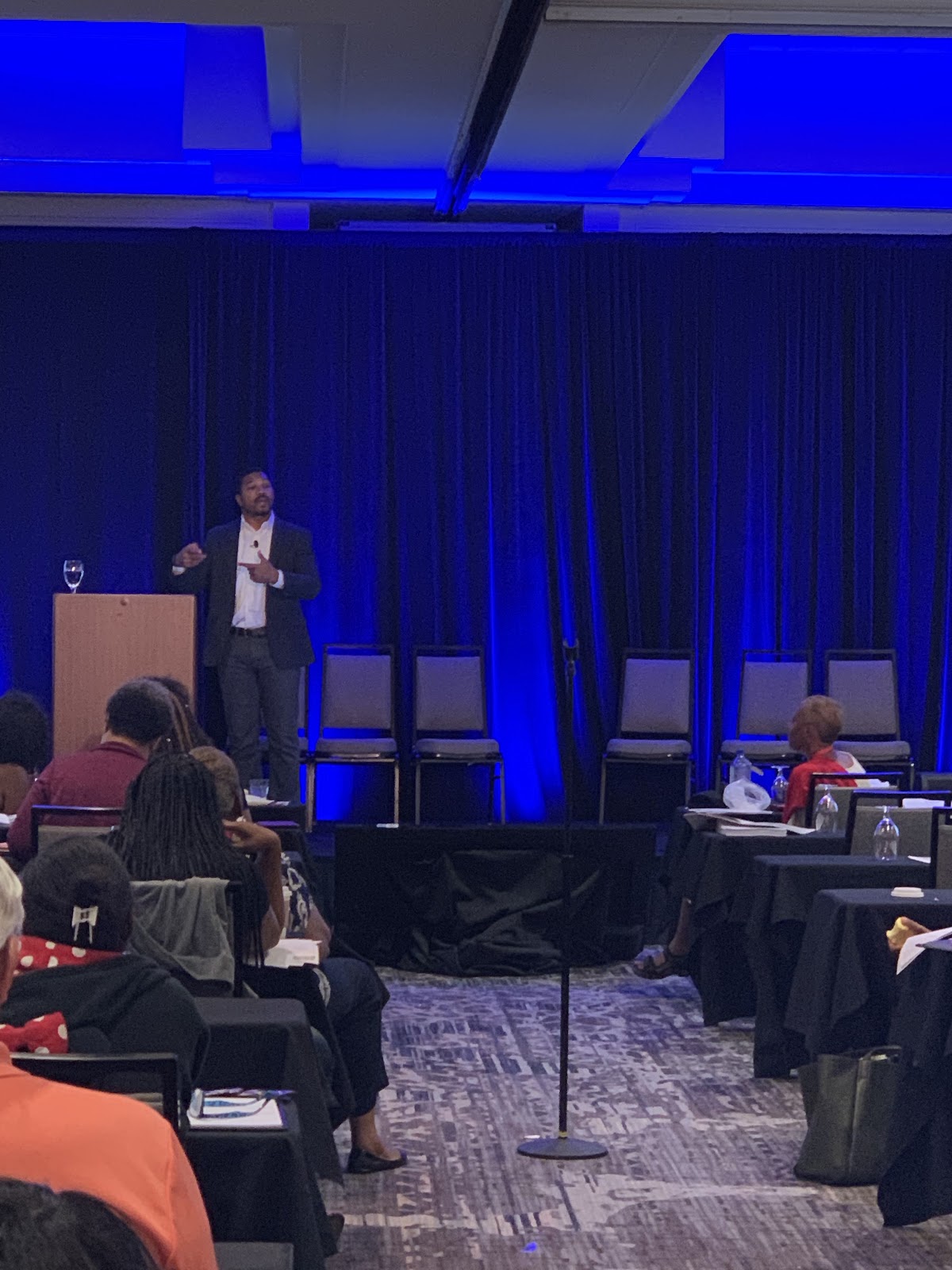 There are so many unfortunate and unwarranted misconceptions that surround SCD and SCT. The wellness seminar was a perfect way to dispel them. According to individuals who attended, and had first-hand knowledge, some of the issues facing the community with SCD & SCT include wait time up to 6 hours in the hospital lobby when facing life threatening emergencies, being misdiagnosed within hospitals thus prolonging further treatment, or even being outright denied medical services altogether. Through dedicated researchers, advocates, non-profits, and volunteers, the work being done within the communities of California has been instrumental and made an impact. 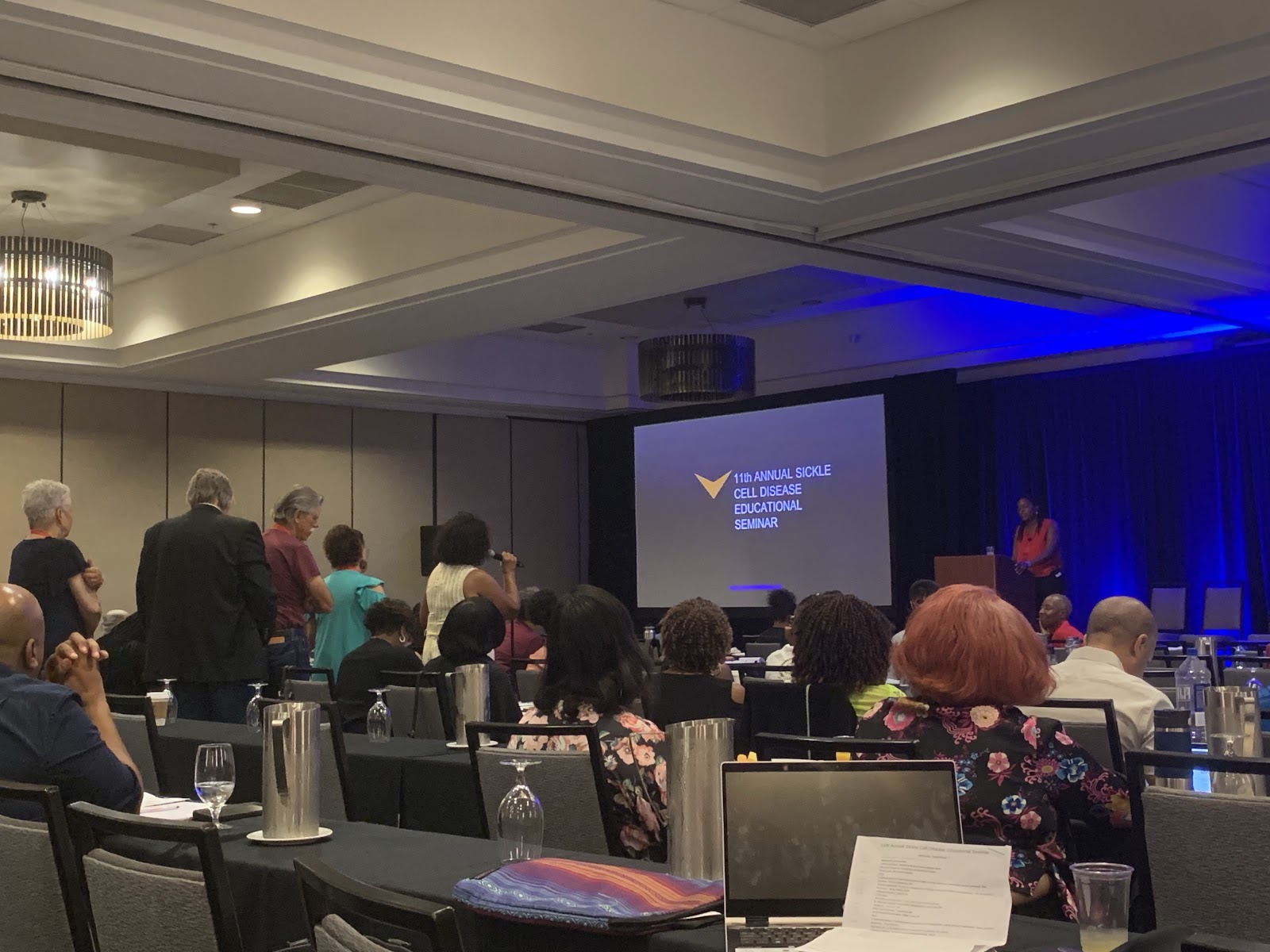 According to Cayenne, awareness is growing and issues surrounding SCD & SCT are becoming harder to ignore as voices grow stronger and more powerful. With the continuation of the Annual Sickle Cell Disease Educational Seminar, individuals living with Sickle Cell Disease and Sickle Cell Trait and their family members, physicians, nurses, social workers, psychologists and community health workers will keep on benefiting and learning from these informative gatherings.

After leak, religious rift over legal abortion on display