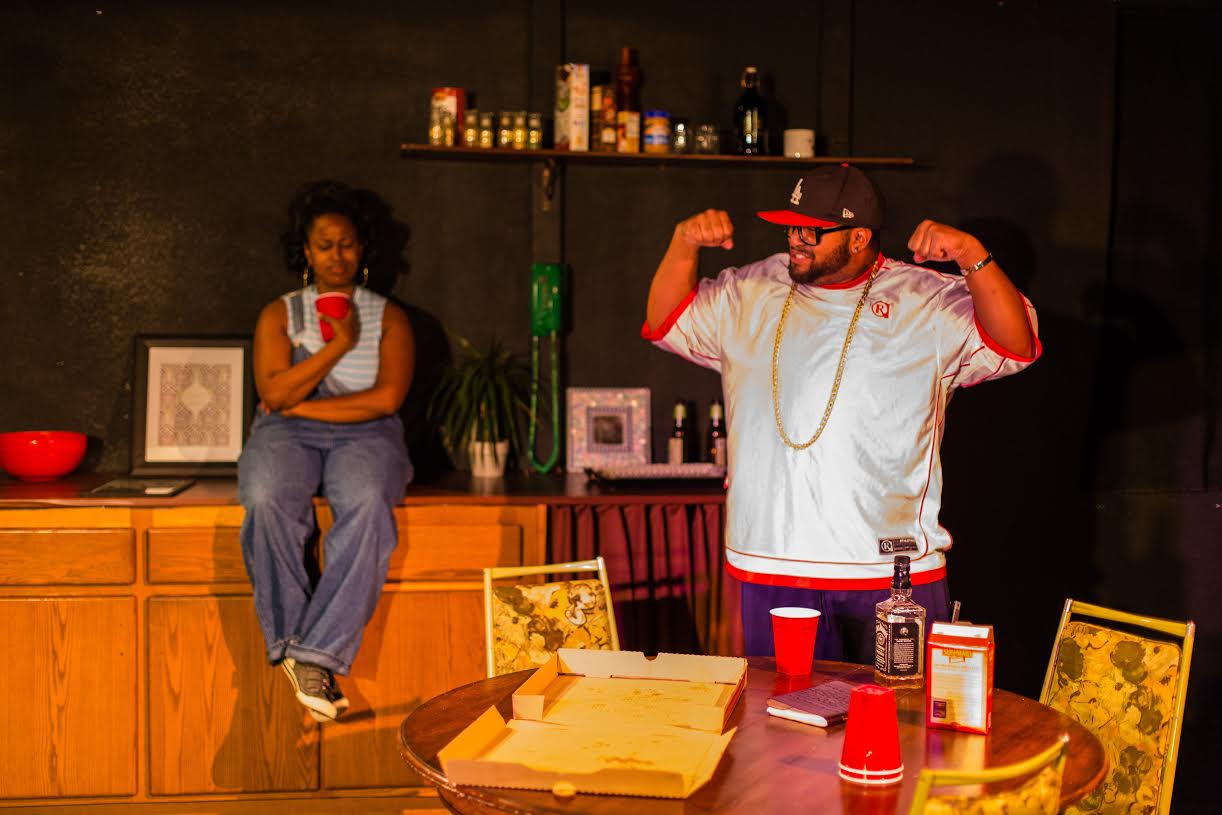 I was 10 years old when Tupac died in 1996. I was young enough to not comprehend all of his music but defiantly old enough to feel the impact it had on the hip-hop community and the fans who treated his music and message as a gospel for the voiceless. Gill Sotu, artist in residence at the Jacob Center, has centered his latest play ‘The Best Goodbye’ takes place on the fateful day of Tupac’s death and serves as a love letter to the genre he loves along with the dilemma of choosing a life of security or chasing a dream.

The play, which runs July 23rd-August 6th at the ParkArts Black Box space in University Heights, tells the story of four youth who are part of an underground hip-hop group called ‘The Natives’. One of the group members witnesses an old man die in a house while delivering pizzas. He enters the house to investigate what happened and discovers the old man was a Motown artist who has valuable equipment that could be sold to fund a demo the group has been planning to record.

When he informs the rest of the group about his discovery, they have the challenge of figuring out if they’re going to sell the equipment or not. Throughout the play, unexpected guests come to the house as well as the ghost of the old man. The youth learn the old man’s story and how that relates to their own. Sotu drew inspiration for the play from his love for hip-hop and storytelling.

“I didn’t see growing up any suburban depictions of hip-hop,” said Sotu. “The life you saw was very urban. Us suburban kids were the ones who bought the music, knew all the people in the credits and we idolized all of these people. I wanted to tell that story.”

Director Patrick Kelly has a colorful cast of characters to work with in the story.

Rudo (Xavier Scott), is a young kid looking for direction. He wants to continue his involvement with ‘The Natives’, but he also knows he needs a job to be stable. The longing for stability often trumps his desire to pursue music full time.

Cease (Robert Malave), is the go getter of the group and wants to make it in music any way possible. His parents are illegal immigrants and all of the people he knows lives in poverty. Has to drop out of high school to deliver pizza to support his family.

Oz (Javid Wallace), is the jokester of the crew who makes beats and comes from affluent family. He goes with the majority when it comes to decision making and doesn’t want to live in the corporate world like his family. He wants to be recognized for his own accomplishments.

Sabina (Andréa Nicole Agosto), is Cease’s cousin and Rudo’s girlfriend. All the people she knows and loves are about to move on and do their own things in life. She feels scared about being left behind. She finds her identity through being Rudo’s girlfriend and singing in the group. She doesn’t know what will happen to her if they don’t stay together.

Wilson (Wrekless Watson), is the Motown artist who passes away in the story. His ghost appears to fill in the young artists about his journey, making the decision rather to sell his equipment even harder.

“It’s one of those feel good stories,” said Sotu. “If you have a love for 90’s hip hop, if you’ve felt like you’re trying to decide which way to go in life, if you have a passion for music, comedy, drama and suspense, you’ll want to see this play. It makes you want to know what happens next.”

For tickets and dates, visit www.circle2dot2.com

Popcorn with Zenger: No one to root for in ‘All Day and a Night’