Home National THE BLERD BINDER: A letter to the haters of HBO’s “Watchmen” 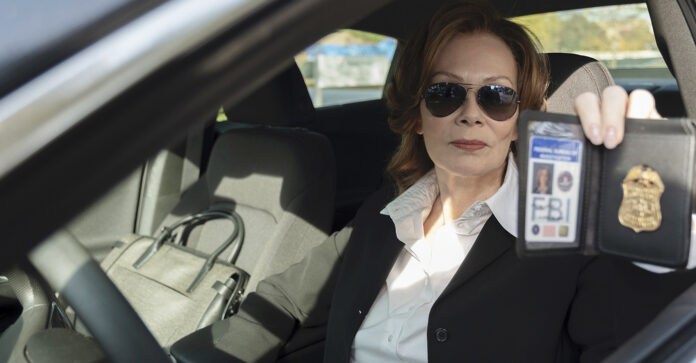 Exciting, Insightful, and Incredibly Strange. These are the words I choose to describe HBO’s “Watchmen” series. HBO made the right decision in picking this material to adapt. Comicbook- and graphic novel-based material has shifted from campy and bright one-off stories to prestigious complicated narratives that take hard looks into our society. This is in part due to writer Alan Moore and artist Dave Gibbon’s original “Watchmen” graphic novel.

How is “Watchmen” so far?

The Blerd Binder covers nerdy news for the Black nerds of the world. We welcome all as we talk about subjects ranging from Movies to Music and Tech to Toys.

Exciting, insightful, and incredibly strange. Those are the words I choose to describe HBO’s “Watchmen” series. HBO made the right decision in picking this material to adapt. Comic book- and graphic novel-based material has shifted from campy and bright one-off stories to prestigious complicated narratives that take hard looks into our society. This is in part due to writer Alan Moore and artist Dave Gibbon’s original “Watchmen” graphic novel.

This version of “Watchmen” has been adapted into a TV show set years after the original events of the graphic novel.

When the HBO series first aired, I wrote a commentary on it and what I thought.

Now, we are a little more than halfway through the series. We now know more about Watchmen’s created world and have heard more reactions to the series so far. I will go through the highlights of the episodes as well as my thoughts on them.

(NOTE: If you haven’t seen Watchmen, there are spoilers ahead for what has happened in the series so far through episode 5. You have been warned).

I am going to begin by addressing the hate that the show has gotten.

Generally, reviews of HBO’s “Watchmen” have been great, but certain fans of the original series have review bombed the show by leaving a one-star rating on the show’s Rotten Tomatoes website. This is in part due to the heavy racially motivated nature of the show. With this said, I’ll remind you, the reader, that the original comic was set during the cold war and looks at superheroes as “fascist dictators.”

The original “Watchmen” series was also a reflection of the then current nature of society. The reason that these viewers are upset is that the HBO show has decided to focus at least a part of the series on a marginalized group: African Americans.

I was talking with a White, colleague and he told why he believes some viewers don’t like the current adaptation of the material. “White people are tired of being reminded of all the shitty things that they have done,” he said.

I have a few feelings on this quote. I can empathize, because I wouldn’t want to be reminded of every bad thing that my ancestors have done. However, I amazed at how people can be so oblivious to the [racist] actions that are still occurring in today’s society.

So, please be open-minded to where creator, Damon Lindelof is taking the series. After all, he created “Lost” and “The Leftovers” so the series is in safe hands with him.

I have one thing to say to the haters of the show that coincides with the feelings marginalized people have whenever anything is created by us and marketed to the masses: “If You Don’t Like My Story, Then Write Your Own.” (Also the title of episode 4 in the series.)

Moving on to the actual look back on the episodes so far, we begin with Ep. 2, “Martial Feats of Comanche Horsemanship.” The episode title is a reference the 19th-century painting by George Catlin which is seen near the end of the episode. This can be seen as an allusion to the fact that there is an unsuspecting “war” happening in Tulsa.

The episode begins during WWI with the German army dropping propaganda for the “colored” soldiers, suggesting that they should question why they are fighting for the American military when they are blatantly treated so horribly. They suggest that if they were in Germany, they would be treated with the same respect as everybody else.

Episode Three introduces use to an older version of one of the original comic book characters, Laurie Blake a/k/a Silk Spectre. Laurie has become an FBI agent on the Anti-Vigilante task force.

The opening scene is her taking down a Batman-like vigilante by staging a robbery. This could be seen as a, “What if Batman existed in the world of Watchmen?”

The lore of the show grows in this episode as it is revealed that Nite Owl is in prison and that Laurie kept her time as a vigilante low key to her FBI colleagues and her relationship with Dr. Manhattan a secret.

This also shows how emotionally compromised Laurie has become as she picks a rookie FBI agent to accompany her just because she wants to sleep with him. A very unheroic decision.

We now go back to episode four, “If You Don’t Like My Story, Then Write Your Own.” We are introduced to Lady Trieu, a trillionaire geneticist who is building a giant clock.

She buys a farm from a married couple with a baby that she genetically engineered. It is such a tension-filled scene that you could scrape it off the walls. An object then proceeds to land at the farm.

This scene is then connected to Adrian Veidt, played sadistically and brilliantly by Jeremy Irons. Veidt is also using clones on the uninhabited island that he seems to be trapped on (more on that later).

The episode also contains a mysterious masked man called “Lube Man” as he slathers himself in an oily liquid and then proceeds to slide down a rain vent.

Episode Five, “Little Fear of Lightning” begins with Wade, a young zealot. It’s 1985 and Wade is trying to convince people to repent as the world is going to end at midnight. This is the same night as the original attack on New York by the giant squid in the comic book.

This traumatizes Wade into his adult life as he now counsils people who were affected by that night. This shows a side of superhero movies that has more recently been explored in superhero mediums like “Batman V. Superman: Dawn of Justice” and “Captain America: Civil War,” How do the actions of Superheroes affect the lives of everyday people they’ve pledged to protect?

As the episode plays out, we get a sense of the larger conspiracy as it is revealed that Senator Joe Keen is a member of the white supremacist group The 7th Calvary.

Senator Keen shows Wade a video revealing that Adrian Veidt was the one responsible for the attack on New York and proceeds to reveal his plan (which the audience doesn’t get to see). This prompts Wade to assist Keen by setting up Angela to be arrested. Is this a way for us to see an older Nite Owl?

There is so much more that happens in the series that I am not going to get into, here. If you have access to HBO, I strongly implore each of you to watch the series for yourself. The series’ history lessons alone will make the viewing worth it, in addition to the fact that it will be a very entertaining hour of your life spent.