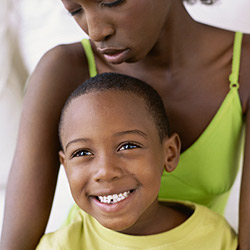 This past Mother’s Day marked the 100th anniversary of a celebration that was initially developed to empower women in faith, feminism and protest against war. The goal of the Mother’s Day clubs that were founded in the 1900s was to fellowship and to uplift the women that provide unconditional support to wounded soldiers. It was never the intention of the founders for this holiday to serve as a cash cow for a commercial industry.

In the African American community, the significance of Mother’s Day is grounded in the caring sentiments of females that have been biologically assigned and/or divinely appointed to the role of mother. Females that hold the title of grandmother, sister, aunt, cousin, foster parent, step parent have historically and presently, in the vulnerable moments of their loved one, volunteered support and filled in the gaps without question and without hesitation. Similar to the idea that led to the development of Mother’s Day Clubs, it was never the intention of the African American community to stray from Mother’s Day being anything less than uplifting and a celebration of camaraderie. My question: Why then has Mother’s Day become a day of heated social media discussions that display women vigorously requesting to be acknowledged as both mother and father and women adamantly suggesting that women not assume or imply that they can effectively fill both parenting roles.

I am certain that we can all agree that, biologically, a man and woman are required to procreate. I also feel confident in saying that we can all embrace that regardless of a child’s gender there are developmental lessons that most effectively taught by a mother (or mother figure) and others that are most successfully delivered by a father (or father figure). In the absence of one parent, we can also agree that there is a void. My encouragement to our community is not to fill that void, that loss of the absent parent with non-productive energy on the one day of the year that we should be applauding each other. Let’s get back to basics! We can champion the efforts of our single mothers who have to be both the nurturer and the disciplinarian in their homes without dismissing the notion that the presence of positive male role models is a necessity for our boys and our girls.

If you or someone you know is challenged by the absence of a parent or loved one, feel free to contact the Metro Educational Consulting and Psychological Services Hotline (877) 619-6701 for resources and support.

PRESS ROOM: Autism influencer Jeremiah Josey releases a new book about his experience as a Black man with autism