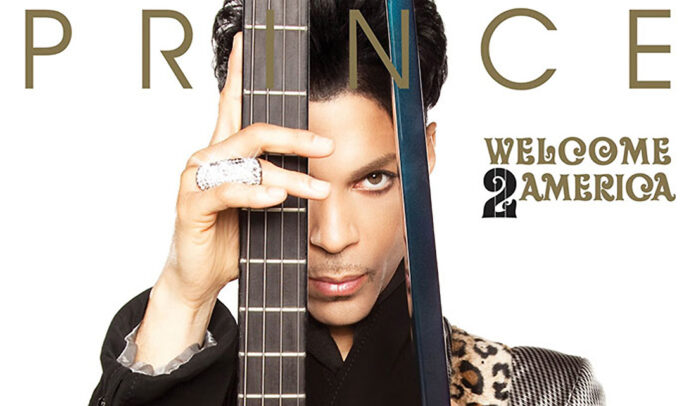 It is rare when a posthumous CD receives the rave reviews as Prince’s “Welcome 2 America.”

It is even rarer when the previously unreleased music was hidden in plain sight for more than a decade.

Yes, Prince played many of the same songs during his 2010 tour of the same name.
But the Purple One never released “Welcome 2 America” music – perhaps with the remarkable foresight he had always possessed, Prince had his eyes on 2021, Black Lives Matter, and the pandemic.

“I swear that he’s speaking from the grave,” Elisa Fiorillo, a member of Prince’s New Power Generation, told the New York Post.

“Now I listen to it, and I get it more than I did when I sang it, which is crazy. It’s like he read into the future,” exclaimed Fiorillo, who sang background vocals for the album.
Prince died in 2016 of an accidental prescription drug overdose. He was 57.

The Rock and Roll Hall of Fame, Oscar and multi-Grammy and American Music Award-winner, reportedly has a treasure trove of unreleased hits inside his vault at Paisley Park, his famous home that’s now a huge tourist attraction outside of Minneapolis.

But it’s “Welcome 2 America” that has music aficionados, journalists, and fans fawning over the superstar all over again.

“‘Welcome 2 America’ was made two years into the Obama administration, and Prince didn’t see much progress. In the title track, women sing, ‘Hope and change’; then Prince dryly observes, ‘Everything takes forever/The truth is a new minority,’” mused the famed music critic John Pareles.
Pareles notes that the songs take on racism, exploitation, disinformation, celebrity, faith, and capitalism.

“It’s one of Prince’s more collaborative albums, constructed in discrete stages with different cohorts of musicians.”

“With the album coming out now, it’s almost like what everyone needs to hear,” Tal Wilkenfeld, who played bass during the March and April 2010 recording sessions, told the Post.

“He was very focused on the socio-political climate … He really cared to have a voice in what was happening in the world at large and make change.”