Home State and Local The Lookout: As the Pandemic Drags on, Cal Lawmakers Push Bills to... 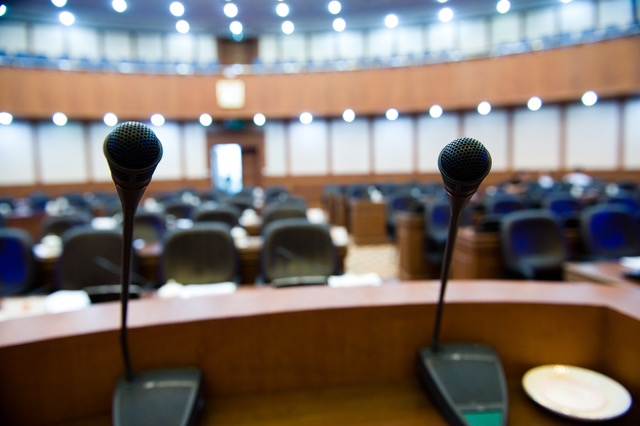 The threat of the COVID-19 Delta variant has become more apparent. And what was once the looming possibility of reinstating pandemic public safety guidelines is becoming reality. As this is happening, California lawmakers are pushing a number of bills to expand the use of various telecommunication options for public meetings.

On July 2, Gov. Newsom announced the extension of Executive Order No. N-29-20, through September 30. The goal of the order, which he issued last year, was to make sure Californians continued to have uninterrupted access to government meetings as the global COVID-19 pandemic disrupted the state’s day-to-day operations. It was set to expire June 15.

Citing inadequate staff or equipment, some California governments — Lemon Grove, San Diego County and the Carlsbad City Council – have already reduced or removed the option to attend public meetings over Zoom or by phone after returning to in-person meetings earlier this summer.

But activists insist the onus is on government to make it easier for people to participate in the policy discussions that impact their lives.

Last week, the San Diego Democratic Party endorsed a policy initiative called “Boost Democracy” that is the brainchild of the Rev. Shane Harris, a local activist and founder of the People’s Alliance for Justice. It proposes that four of the county’s largest agencies – the San Diego Unified School District (SDUSD), San Diego County Board of Supervisors, San Diego

County Office of Education, and San Diego City Council – adopt a text message notification system to public meetings that alerts the public when their agenda item is up for discussion.

“The party backs my proposal because they know that its right and it will make lives easier for everyday people,” Harris said. So far, only SDUSD has endorsed the Harris’s idea.

The bills, the California lawmakers are moving through the legislature, are Assembly Bills 703, 361 and 339.

Assembly Bill (AB) 703, introduced by Assemblymember Blanca Rubio (D-Baldwin Park) would do away with many of the Brown Act restrictions on teleconferencing from various locations, allowing for broader virtual access.

“This bill would remove the notice requirements particular to teleconferencing and would revise the requirements of the act to allow for teleconferencing subject to existing provisions regarding the posting of notice of an agenda, provided that the public is allowed to observe the meeting and address the legislative body directly both in person and remotely via a call-in option or internet-based service option, and that a quorum of members participate in person from a singular physical location clearly identified on the agenda that is open to the public and situated within the jurisdiction,” the bill’s text reads.

AB 703 would remove the current Brown Act requirements that each virtual or telephone location be identified and made public.

The bill also includes a requirement to streamline the process of reviewing and resolving Americans with Disabilities Act requests for virtual meetings.

AB 703 has now been referred to the Assembly Committee on Local Government and is awaiting further action.

AB 361 passed in the Assembly Committee on Local Government and is currently being reviewed by the Senate Judiciary Committee.

Finally, AB 339 — introduced by Assemblymembers Rivas, Joaquin Arambula (D-Fresno), Ken Cooley (D-Rancho Cordova) and Kevin Kiley (R-Rocklin) — would require county supervisors and city councils to allow the public to have access to meetings through a two-way phone option or a two-way internet interfacing option along with video streaming and in-person comments or questions.

“This bill would, until December 31, 2023, require all open and public meetings of a city council or a county board of supervisors that governs a jurisdiction containing least 250,000 people to include an opportunity for members of the public to attend via a two-way telephonic option or a two-way internet-based service option, as specified, and would require a city council or county board of supervisors that has, as of June 15, 2021, provided video streaming, as defined, of at least one of its meetings to continue to provide that video streaming,” the bill’s text reads.

AB 339 has been referred to the Committee on Appropriations in the Assembly.

Supporters of virtual meetings say, for parents, disabled citizens, people without access to reliable transportation, seniors and other Californians who have trouble attending public meetings, teleconferencing has provided an avenue for Californians to be more involved in the legislative process than had been possible before.

“If there is one silver lining from the pandemic, it’s that public access to local government meetings expanded beyond physical attendance, to telephonic and even video attendance,” said David Snyder, executive director of the First Amendment Coalition, a non-profit organization that focuses on supporting freedom of speech and accountability in government. “This made local democracy accessible for many who would otherwise not be able to attend–and public agencies should maintain, not constrict, this access as California returns, however slowly, to normal.”

These bills, if passed, could set the ground for extending public access far beyond COVID-19.