Home Opinion and Commentary Toward a Living Wage 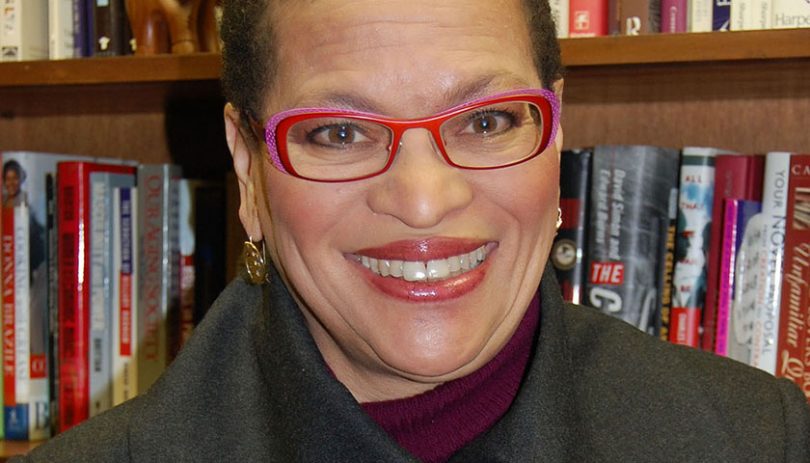 It is unfathomable that the federal minimum wage has not been increased in more than a decade, since 2007. That the wage, at $7.25 per hour, has remained flat through recession and recovery, through extremely high unemployment rates and much lower ones. Republicans have absolutely refused to consider minimum wage increases, and in early March rejected a bill that would increase the federal minimum wage to $15 an hour by 2024. Still, with the Democratic majority in Congress, the bill came out of committee on a 28-20 party line vote.

While the federal government drags its feet, six states, the District of Columbia and several other cities now have a minimum wage that will rise to $15 in the next few years. In late March, Maryland joined California, Massachusetts, New York, New Jersey and Illinois in increasing the minimum wage, even though Republican governor Larry Hogan vetoed the legislation. Both houses of the Maryland legislature overrode his veto, even though he melodramatically noted that a higher minimum wage would “devastate” the Maryland economy.

Unions, McDonald’s workers, and the Fight for Fifteen have fueled the national push to raise the minimum wage, especially as people have noted that wage stagnation has resulted in an extremely uneven economic recovery. While those at the top are celebrating economic growth, those at the bottom have barely experienced it. And the current minimum wage of $7.25 produces annual pay of $15,080, assuming that someone works a full 40 hours a week all 52 weeks of the year, which is often unlikely because many minimum wage jobs are part-time jobs.

The poverty line for a family of three (a working mom and two children) is $16,910. A woman working full time at the minimum wage is living below the poverty line. She qualifies for SNAP (food stamps), and possibly for federal housing aid if she can get it. All too often, the list for housing subsidies is full, as is public housing, so assistance is not an option. What is a woman earning such a low wage to do, then, living at the economic periphery? She house-shares lives with family or endures homelessness. She lines up to get food at food banks or from other charities. She struggles to make ends meet, while her Congressional Representative earns $174,000 a year whether they produce or not. (I’d suspend Congressional pay when they choose to shut down the government).

Too many of the people who earn the minimum wage, mostly women, are caretakers. They mind our children and our elders, as nannies and home health workers. While we say that our children and elders are precious, we don’t pay the folks who care for them as if they are. Parking lot attendants, who care for our automobiles, often earn more than the people who care for our children, mothers, and grandmothers. And yet the economy depends on them! How many working women would be hard pressed to work if their nannies or home health workers stayed home? And how would the economy adjust to the absence of nearly half of the labor force?

Ai-jen Poo, the Executive Director of the National Domestic Worker’s Alliance, recently spoke about workers in the care industry, how poorly they are paid, and how essential they are. Eighty-eight percent of these workers are women, mostly women of color, and while demand for their services is increasing (with an aging baby boom, and increased births to millennial women), pay is not. All don’t make the minimum wage, but far too many do, and their efforts, though essential, are all too often invisible. Poo and her organization are working to raise the visibility of these workers, not just so we can see them, but so we can ensure that they are adequately paid. Most Americans will have to interact with the care industry at some point in their life, arranging help for elderly relatives or for children. The movement toward a living wage must include these workers.

Kudos to Maryland for taking a step in the right direction. Shame on House Republicans who are enjoying economic recovery, but denying its benefits to those at the bottom. The Fight for Fifteen has momentum now. This is a great time to keep up the pressure on the states and on the federal government. Increasing the minimum wage lifts people out of poverty. Shouldn’t we all be able to support that?

Julianne Malveaux is an author and economist. Her latest book “Are We Better Off? Race, Obama and Public Policy” is available via www.amazon.com for booking, wholesale inquiries or for more info visit www.juliannemalveaux.com