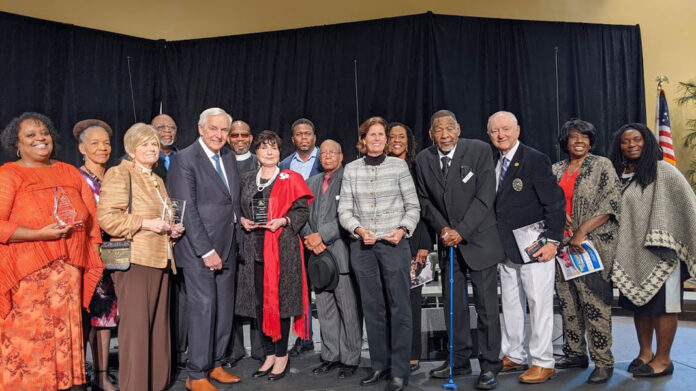 Divinely Diverse Destiny. That was the theme of the 25th Annual Reverend Dr. Martin Luther King, Jr. Community Breakfast & Celebration which took place on January 20, 2020, at the Jacobs Center. The annual event put on by the United African American Ministerial Action Council (UAAMAC) aims to be a place for members of Black and other communities to remember and reflect on the life and legacy of Martin Luther King, Jr.

Councilmember Monica Montgomery opened with a speech challenging those present to remember that, while Rev. Martin Luther King, Jr. spoke out against racism, he also spoke out against militarism and economic inequality. “There’s a reason he’s gone, and it’s because he spoke the truths of the time,” she said. Montgomery said the rights that were eventually won did not cost America much and we all ought to do what will actually “cost us.” Her brief message was to go beyond the celebration and honor Martin Luther King, Jr. for “what he really said.” 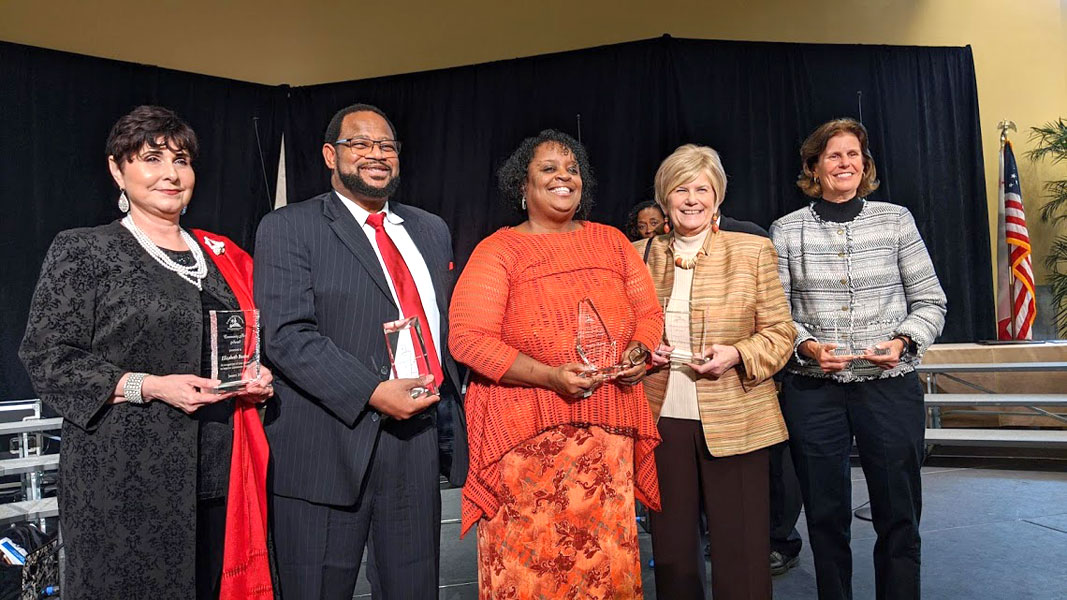 Dumanis was recognized for her contributions to justice in the law enforcement sector as former San Diego District Attorney and current Juvenile Court judge. Committed to improving the situations of low-level offenders and reducing recidivism, her time as the DA is marked by the creation of the first prison reentry program in California. Judge Dumanis, upon receiving her award, presented UAMAAC with a $1,000.00 donation.

Bruce Williams was recognized for his faithful service to the community, specifically his work with elected officials. Working with Councilmember Montgomery as the Fourth District Ombudsman, he uses his knowledge and experience as a San Diego native to connect the people to their officials. Williams acknowledged his mother for her sacrifices as a single mom and ended his speech with a quote from the movie ‘The Help’ where the lead character portrayed by Viola Davis, Aibileen Clark, simply remarks, “Ain’t you tired?” He shared the quote to say that hatred, as a result of racism and other prejudices, takes a lot of energy and he urged the audience to, instead, engage with people based on the content of their character.

Angela Harris received recognition for her multicultural community outreach work and engagement through The Harris Group International and as an author writing with aims of helping women of color live better lives. In her speech, she highlighted some points from Martin Luther King Jr.’s popular Letter from the Birmingham City Jail on the interconnectedness of all people in the fight for justice and equality. With all of us so linked, she said, whatever happens to one of us affects everyone indirectly and thanked UAAMAC for standing in the gap.

Elizabeth Bustos was recognized for her work in health promotion and disease prevention, particularly in Black communities where heart disease is more prevalent. She spoke of her call to follow in the way of Martin Luther King, Jr. by seeking justice and honoring sacrifice. Shelley Zimmerman was recognized for the low crime and homicide rates in San Diego during her time as Chief of Police. However, she spoke on the importance of not looking at crime in terms of numbers, noting that there are people behind those figures. She also spoke about the significance of reducing friction between various communities.

Dr. David Jeremiah, the senior pastor of Shadow Mountain Community Church, was the keynote speaker. Dr. Jeremiah spoke on the significance of worship, not only as believers but as a diverse group of believers, noting that it provides a glimpse of heaven. Dr. Jeremiah brought along 100 members of his phenomenal, interracial Shadow Mountain Community Church Choir. Speaking on the connection in worship as his choir roused the audience to sing along with their hands held high, Dr. Jeremiah acknowledged that the fellowship at this event might be similar to what Martin Luther King Jr. envisioned. He ended his presentation by handing Dr. Don Conley, UAAMAC Director, a check for twenty thousand dollars as a donation to support UAMAAC’s mission.