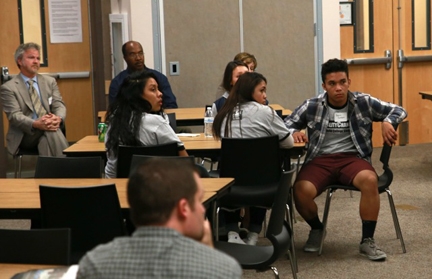 The importance of a college education and the benefits of a college degree are rooted deep into our society. It carries with it the hope of a better future, a chance at something more. Many San Diego students and parents however, are finding the uphill battle to reach that goal is ​much steeper than anticipated​. With San Diego having only two public universities, San Diego State University and UC San Diego as opposed to Los Angeles’ four, and with the ever-present financial hardships that many members of the San Diego community face, UCSD hosted a town hall meeting, March 12th on the campus of South​w​estern College to start a dialog with, not only SWC students, but also parents and educators of the community on how to get students to see themselves and aspire to be at UCSD.

“As a campus we’ve had conversation with the community, we started by coming out to the community and now that we’ve gotten all that input, we’re coming back and sharing the results,” said Interim Vice Chancellor-Student Affairs at UC San Diego, Alan Houston. “The mission of UCSD can be boiled down to being a student-centered, research-focused, service oriented public university. Being a public university means that we serve the public and it’s our obligation to communicate and be in a good relationship with the public, and so the concerns that were being expressed tonight are from members of the community who don’t feel like they’ve been heard in the past and who are concerned about access and affordability so we’re trying to come back and share information.” 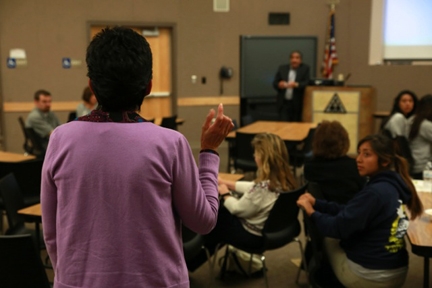 Some of the concerns Houston speaks of were passionately voiced by one of the mothers in the audience. “I go to these meetings where there’s someone speaking of hope, where someone’s saying ‘trust us’ but some things are not supporting that. It makes me concerned, it makes me worried. We have parents working very hard and our kids can be very hardworking, studious and meet all the criteria. They have everything needed to be successful at the university but because of financial issues and other reasons they’re not being allowed access. How can we make UCSD more accessible to our community?”

This meeting was the second of many in an ongoing strategic planning process with the goal of building new bridges between UCSD and the community it serves. There is also talk of a focus group to be held with SWC students to hear their direct concerns and questions and hopefully ease the trepidation that comes with making jump from community to college to four-year university “At every step possible, we’re trying to really strengthen and develop ties to the community from elementary kids, to community college students,” said Houston.

Critical race theory: What it is and what it isn’