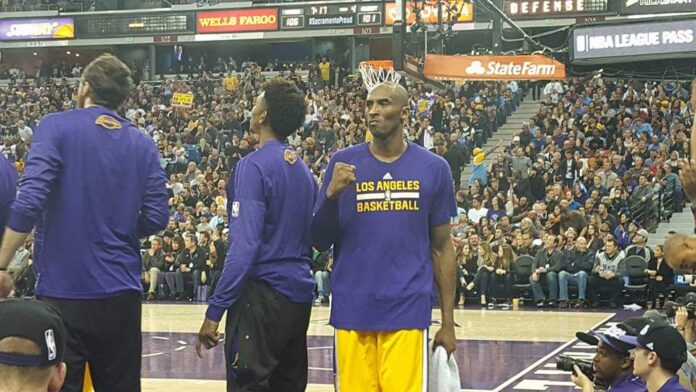 The civil lawsuit Vanessa Bryant filed in February has yet to be litigated in a courtroom to determine who was at fault when her husband, NBA-hall-of-famer Kobe Bryant, and the couple’s 13-year-old daughter, died in a helicopter crash last January.

But just as the questioning of potential jurors was scheduled to begin, Berge Zobayan, the brother of pilot Ara Zoboyan, who also died in the crash, asked for a change of venue for the trial — from Los Angeles County to neighboring Orange County.

Kobe Bryant and his daughter Gianna “GiGi” Bryant died in the tragic helicopter crash. Seven other people, counting the pilot, also passed away in the fatal accident that happened on Jan. 26 in Calabasas, a city about 30 miles northwest of Los Angeles.

Vanessa Bryant filed a counter-motion to Berge Zobayan’s bid, in which he asks for the trial relocation, citing the immense popularity of the former Lakers’ star in Los Angeles County.

“Defendant cannot show that there is any county to which this case may be transferred where the basis for his objection does not exist,” the filing said. “Defendant fails to acknowledge the extent to which Kobe Bryant’s legacy penetrates American culture; there is no county line at which Kobe Bryant’s celebrity suddenly evaporates.”

Mrs. Bryant also points out that her family has lived in Orange County for 20 years.

The deceased Zobayan was the pilot of an Island Express-operated aircraft owned by Island Express Holdings Corp., which is named in the lawsuit. Zobayan allegedly took flight in extreme foggy weather, which investigators say was a factor in the accident.

The helicopter, a Lockheed Martin’s Sikorsky S-76B, was traveling from John Wayne Airport in Orange County to Camarillo Airport in Ventura County. The helicopter hit a hillside in Los Angeles County before crashing and bursting into flames.

Neither a flight data recorder nor a cockpit voice recorder was installed in the aircraft. But Berge Zobayan said Vanessa Bryant is not entitled to compensation, putting the onus on Kobe Bryant, and arguing that the basketball player knew, and agreed to, the risks of traveling by helicopter.

Berge Zobayan’s attorneys argue that damages were “directly caused in full, or in part, by the negligence or fault” of Kobe Bryant. It’s been long reported that Bryant chartered helicopter flights back and forth to games and practice – from near his home in Newport Coast to the Staples Center 51 miles away in El Segundo, where the Lakers played. The day of the crash, Bryant was traveling with his daughter and friends to Thousand Oaks to attend a basketball game at his Mamba Sports Academy.

“The shock of the accident affected all staff, and management decided that service would be suspended until such time as it was deemed appropriate for staff and customers,” Island Express said in a written statement after the crash.

Zobayan’s position for a venue change is due to Kobe Bryant’s “personification” of the city of Los Angeles, Zobayan says, maintaining that it would be difficult to seat an unbiased jury of 12 persons.

There are no special skills or legal knowledge needed to become a juror in California. The state of California only asks that jurors have an open mind, be able to work with prospective peers to make judicial decisions and be impartial.

“In other words, your decisions must not be influenced by personal feelings and bias,” states California’s “Court and Community: Information and Instructions for Responding to Your Jury Summons,” brochure.

“Jury service is the responsibility of all qualified citizens, but also an opportunity for us to participate directly in our system of justice and contribute to our communities,” Hon. Judge Tani Cantil-Sakauye, Chief Justice of California, states in the brochure.

Wherever the Bryant v. Island Express Helicopters et al. case ends up taking place, Vanessa Bryant will allege that the pilot, in a manner not in accordance with accepted standards, flew the aircraft under “instrument flight rules,” the court filing states.

Island Express Helicopters was only regulated to fly under “visual flight rules,” the plaintiffs argue. Those regulations restrict pilots to only operating an aircraft when they can clearly see ahead of them in flight.

“Plaintiffs are confident that the voir dire process will yield twelve citizens from Los Angeles County who — when called upon to serve — will uphold their oaths and render a verdict, ‘according only to the evidence presented [and] the instructions of the court,’” Vanessa Bryant’s court filing states.

The next hearing in the case will be held at Los Angeles Superior Court on August 19.