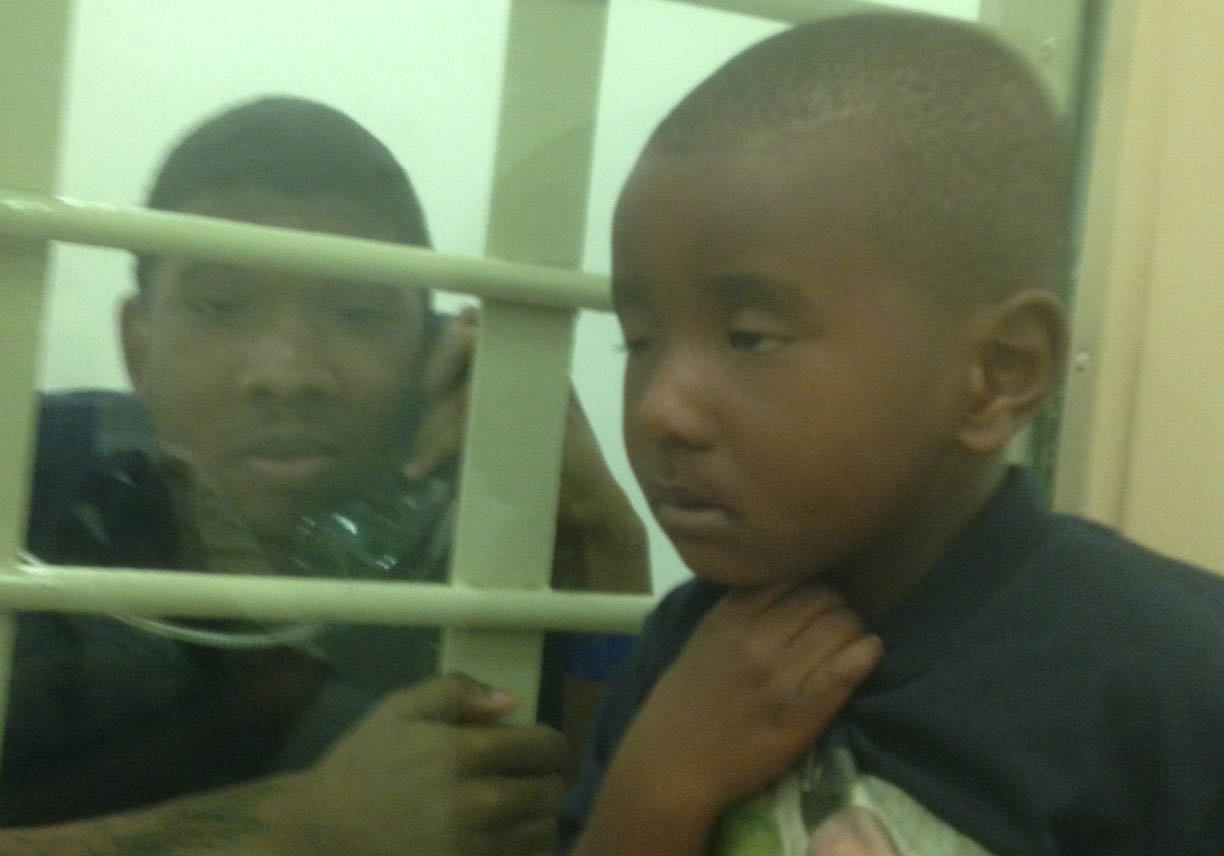 They were just dudes he was cool with… yeah they were fellas from 5-9 Brim, but they were his friends.  Unfortunately his simple association with the 5-9 has brought DeAndre Cooper plenty of heartache in his short 20 years of life. “I’ve been running the streets since I was kid. I didn’t have to hide it. I was up front with it.”  Cooper didn’t have a pastel colored upbringing, mostly because of the company he kept.   Well spoken, and very intelligent, Cooper comes from a hard working two parent household,  with siblings, and  shared his frustration of recently being hit with a Penal Code 182.5 charge for a crime he didn’t commit.  Though he’s been affiliated with the 5-9 Brim Gang, Cooper says his focus the last few years has been on his new family.  The father of a 3 year old son, and a family man, Cooper held a steady job with the City of San Diego, and was living his life with his girlfriend and their child.   One day Cooper got a call from a friend saying that there was a warrant out for his arrest. “I was shocked,” he said. “I checked into it by going on the website www.whosinjail.com, and I saw I was on there for conspiracy. I wasn’t sure what they wanted.” Cooper simply thought maybe the detectives wanted to talk to him about something, but he never thought it was that serious. So he simply brushed it off as a scare tactic.  “A month after that phone call, I got caught up,” he recalls.  “A homicide detective came and interviewed me about four murders. He said 5-9 did them and that I was a part of them.” Ironically the dates and times the detective presented to Cooper were the same dates and times that he was at work or times he was on detention in Juvenile Hall years ago.  “They said I knew who did the crimes. I didn’t know who did it,” he said.  The detectives were persistent and insistent.  They began producing images of Cooper at 5-9 Day gatherings from three years ago, expressing that they had been watching him. “They started telling me that I couldn’t deny I knew the people, and that I was going down because I knew the people in the pictures.”  In June of 2014 he was arrested for murder.

When DeAndre was young, he found no issues with his gang affiliation.  “I thought it was fun being bad,” he said. “But when I got older, I was back and forth to Juvenile Hall,” back and forth for gang violations. “I had gang stipulations,” which were that he couldn’t be around anyone from a gang.  But because these were his peers and friends, he kept getting caught.  No violent crimes, no robberies, just in trouble for being around those in a gang. “They had me paranoid,” he said. “I didn’t like my PO. She was too strict.” They would often visit Cooper’s home around 10 or 11 o’clock at night and do raids. “I was always running to the window if I heard a car.”  Cooper couldn’t be found with so much as a screw driver in his room, or “blue” jeans to say the least. If he was, he was being sent away for three to four months at a time.  With the stress of looking over his shoulder every five minutes, concerned about the POs, Cooper started running away. “I didn’t want to do time for simple stuff like being late for school or anything. I had to stay on the run. They were playing with my life.”  He recalls being sent to special schools because of h is juvenile record and felt they didn’t do much for him.  “The schools were bad…they weren’t meant to teach you anything. Probation kind of held me back.  I did what I did to get on probation, but probation also brought me down further in the hole.”   The last time Cooper was taken in, his son was 2 months old. He did a camp for 8 months and then came home when he was 18.  “I had to be home by 6pm, and if I wasn’t, I was going back to a camp.” At that point he decided he’d disappear and focus on his life without restraints.  His father helped him to secure an apartment of his own, and his mother helped him get a job.  Life was peaceful for him, and he made sure to have no gang contact in an effort to stay out of trouble.  “I stayed out of the way and no one knew where I was at. I lost all contact with people.”  But unfortunately for him, Cooper had allowed his brother to use his address for mailing purposes. His brother ended up going to jail, and as a result Cooper’s home was raided because of the attachment to his brother.  “They had a search warrant for the house and he had some things there.”  This in turn allowed Cooper to be found again.  “I went to jail for a juvenile warrant that I had had since I was 18. I went to court when I was 19, and the judge decided to terminate my probation.”  Because of Cooper’s positive lifestyle changes and lack of contact with the police and gang, Cooper’s entire juvenile record was cleared. “I didn’t have a PO anymore or recommendation when I got caught, so it was all up to the judge.”  In spite of his efforts to fly straight and focus on his responsibilities as a young man, the detectives on the 182.5 case tried to use Cooper’s terminated juvenile record to link him to homicides they couldn’t solve.  One murder in question took place on January 12th, 2012, but the gang experts admittedly have him on record as being at a juvenile detention camp. “The gang expert admitted it on the stand,” he said.   Currently he along with 17 others are linked to this particular crime and are all facing 11 charges total.  “If we plead guilty, we only have to plead guilty on one charge, but if we go to trial and they find us guilty on one charge, then they would find us guilty on all of them,” which could get him approximately 94 years in prison.

During this entire debacle, Cooper’s mother, Barbara has had to bear the brunt of it all and maintain sanity.  After her son’s arrest in June of last year, she soon discovered that her husband had cancer. His health deteriorated quickly causing him to endure many hospitalizations.  She often found herself juggling hospital and jail visits, plummeting through her 200 hours of PTO, while caring for three grandchildren in her custody.   Cooper’s father’s visits to see him in jail became less and less, and then stopped.  In February his father died.  Losing hope, she asked Cooper to take a plea – which landed him three years in prison. The day of the funeral, Cooper was being bused to Chino, in spite of permission to attend the service.  “I was ready to get life if I had to, to stand up for myself,” he said.  But he was faced with pressure from his family to get home fast.  His girlfriend and son couldn’t maintain their standard of living without his income and now reside with Barbara.  “If I could go back and talk to myself as a teenager, I would say ‘There’s no future in gang banging,’ I would’ve just listened. You’re wasting your time. You’re not accomplishing anything out there.”

If you’d like to learn more about what’s taking place with Penal Code 182.5 and how you can rally around those who are innocent and incarcerated, please contact the Black Student Justice Coalition at blackstudentjusticecoalition@gmail.com  or call Mark Jones at (619) 382-7578.